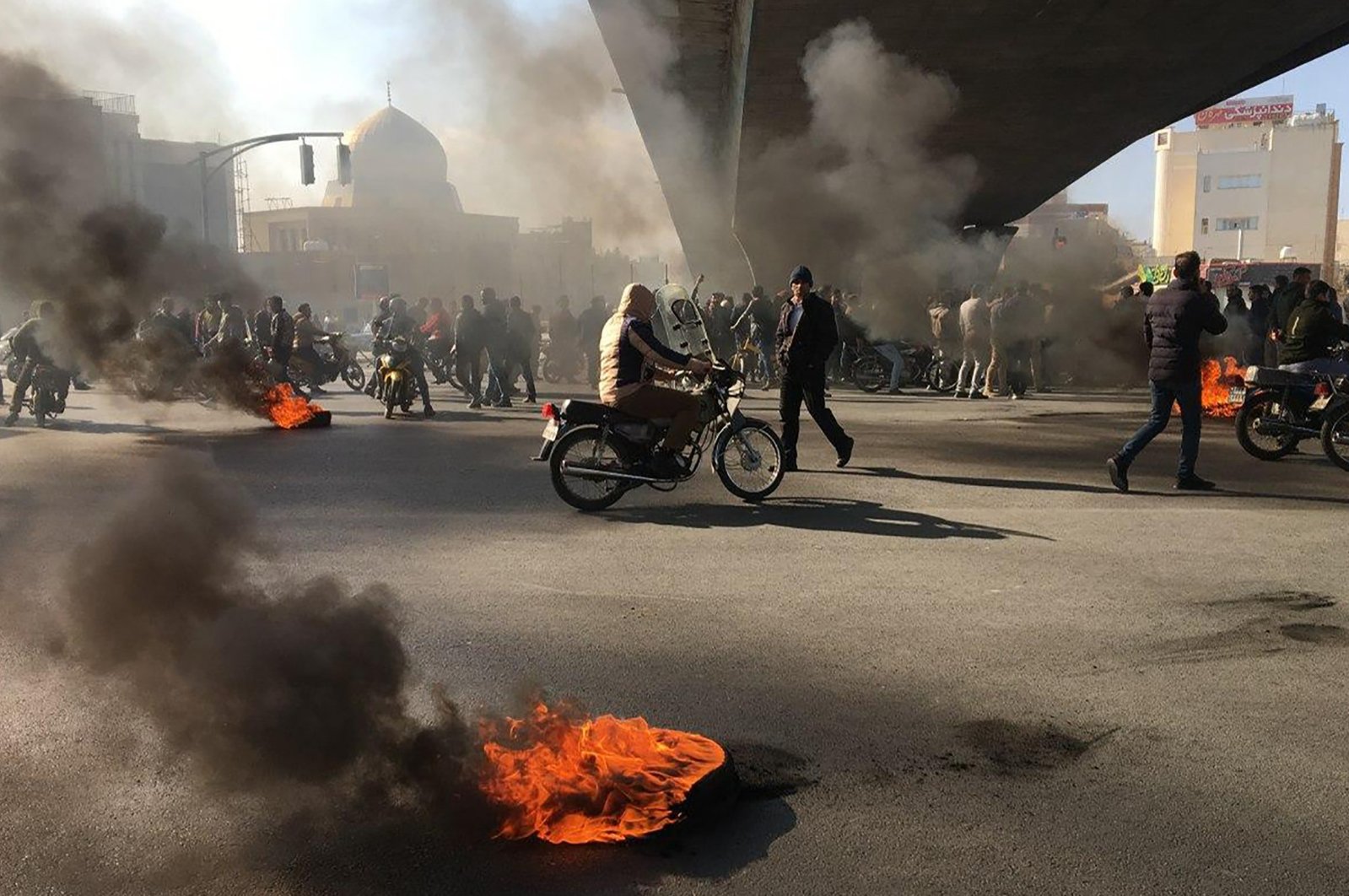 Iranian protesters rally amid burning tires during a demonstration against an increase in gasoline prices, in the central city of Isfahan, Iran, Nov. 16, 2019. (AFP Photo)
by REUTERS Apr 12, 2021 4:49 pm
RECOMMENDED

Eight Iranian officials, including the chief of the elite Revolutionary Guards and three entities, were added to the European Union's sanctions blacklist over their role in Iran's deadly crackdown on protesters in 2019.

The travel bans and asset freezes are the first time the EU has imposed sanctions on Iran for human rights abuses since 2013. The individuals to be targeted include members of Iran's hardline Basij militia, who are under the command of the Revolutionary Guards, the most powerful and heavily armed security force in the Islamic Republic.

One of the most senior Iranians to be targeted was the head of the elite Revolutionary Guards, Hossein Salami. The EU also targeted Gholamreza Soleimani, head of the Basij militia.

"The Basij Organisation used lethal force to suppress the November 2019 protests in Iran, causing the deaths of and injuries to unarmed protesters and other civilians in many cities across the country," the EU said.

Three detention facilities where the EU alleged torture of detainees had taken place were put on the blacklist.

In November 2019 a surprise hike in fuel prices sparked a wave of protests across Iran, before they were put down amid a near-total internet blackout.

At least 304 people died in the unrest, according to London-based Amnesty International, while some authorities in Iran have announced 230 deaths during what they claimed were "riots".

The United Nations said there were mass arrests following the events of 2019, but no details have been released about how many were detained and how many are still held.