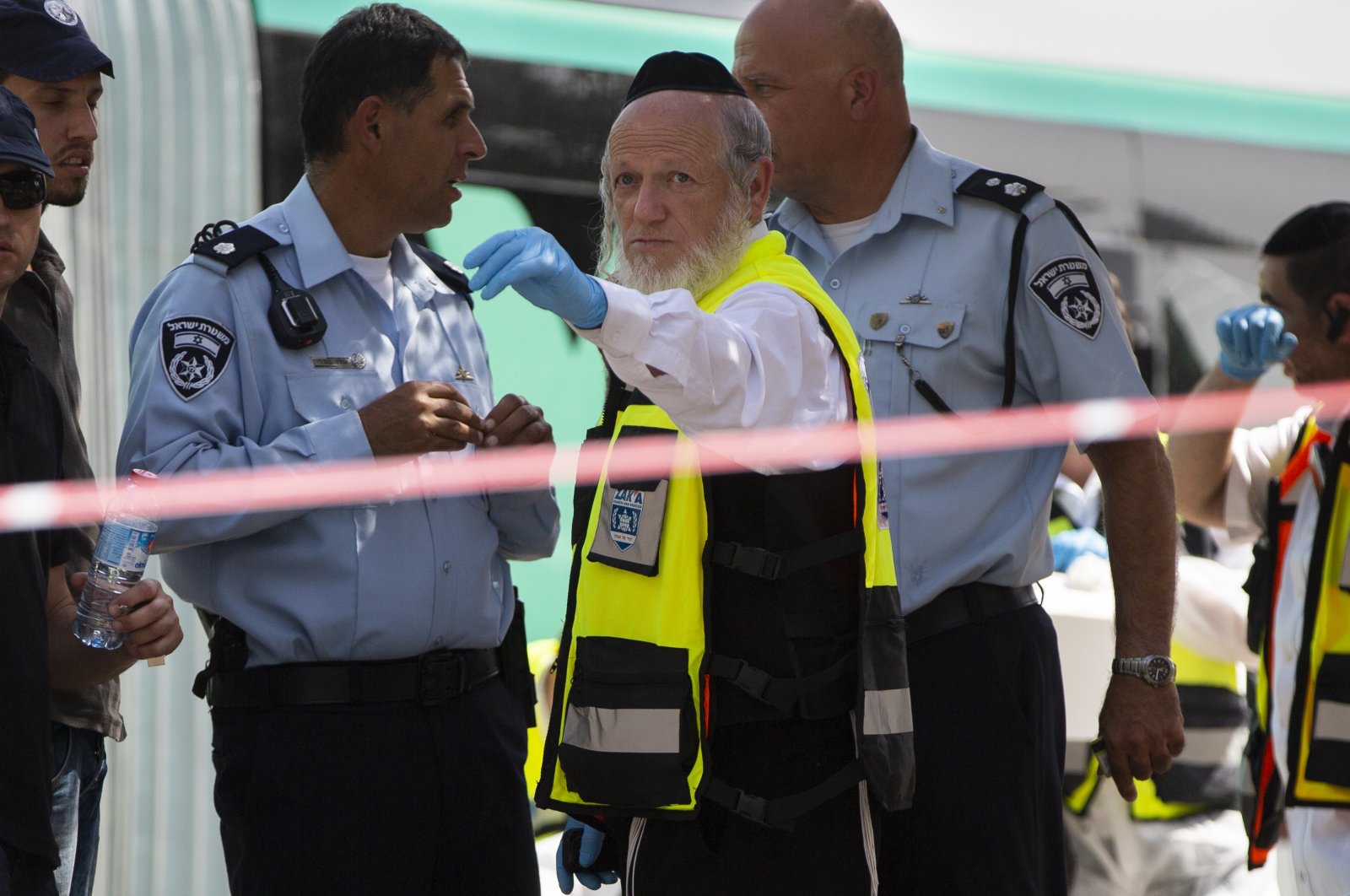 Yehuda Meshi-Zahav, recognized throughout Israel for his work as a rescue chief, is accused of sexual harassment against men, women and children. He was widely respected for founding an ultra-Orthodox rescue service and received the Israel Prize, the country's highest civilian honor, just weeks ago.

For decades, Meshi-Zahav was a crucial figure for all Israelis. He is known for the ultra-Orthodox rescue service that he founded and that the bridges he built between religious and secular Israelis.

But in recent days, Meshi-Zahav has faced a growing list of accusers who say he committed horrendous acts of sexual abuse against men, women and children over several decades. The scandal has all but destroyed the reputation of a man who just weeks ago received the Israel Prize, the country's highest civilian honor, for his lifetime achievements.

It also has shined a light on the scourge of sexual abuse in the insular world of Israel's ultra-Orthodox community. "When it comes to the ultra-Orthodox in particular, there is a very strong code of silence," said Manny Waks, an advocate for victims of sex abuse in the religious community and himself a survivor of abuse in his native Australia.

"There is a closed community mentality, us vs. them. Putting all those things together is a recipe for disaster, in the context of child sexual abuse in particular,” he said.

While Meshi-Zahav has denied the allegations, his accusers have delivered similar accounts. They say Meshi-Zahav exploited his public prominence to molest and sexually exploit women, boys and girls alike, and that the ultra-Orthodox community shielded him with a wall of silence.

A victim identified by the letter "N” told the Yedioth Ahronot daily on Sunday that he first met Meshi-Zahav in 1996 when he was 16 and Meshi-Zahav was 20 years his senior. "All the people close to him during those years knew that I was his escort boy. I turned into a prostitute in the full meaning of the word,” he said.

Meshi-Zahav was once a member of a radical ultra-Orthodox sect that opposed Israel's existence, believing a Jewish state could only be established after the arrival of the Messiah. His views changed after a 1989 bus attack near Jerusalem killed 16 people. Meshi-Zahav joined volunteers who helped collect the remains of the victims, in line with the Jewish custom of honoring the dead. He has said the experience taught him that everyone's pain was equal. Those efforts led to the formation in 1995 of ZAKA, whose volunteers helped identify the victims of disasters and suicide bombings and collected their remains for a Jewish burial.

Over time, the group expanded to include first response paramedics and gained widespread respect in Israel. Meshi-Zahav has received numerous honors and became a symbol of moderation in the often-strained relations between Israel's secular and ultra-Orthodox Jews.

He was invited to light a ceremonial torch at Israel's Independence Day celebrations and recently implored fellow members of the ultra-Orthodox community to respect coronavirus safety precautions after both of his parents died of COVID-19. At the time, he said the rabbis who encouraged followers to ignore the safety rules had "blood on their hands.”

Early this month, Meshi-Zahav, 61, was awarded the Israel Prize for Lifetime Achievement. He broke down in tears as Education Minister Yoav Gallant delivered the news, saying the award belonged to ZAKA's thousands of volunteers.

That recognition appears to have been the trigger that has led his accusers to come forward after years of silence. It began last Thursday, when the Haaretz daily published accounts from six alleged victims accusing Meshi-Zahav of rape, sexual molestation and harassment.

In response, Meshi-Zahav wrote a letter saying "these libels are baseless and appear more as gossip and closing of accounts against me.” He said he was taking a break as director of ZAKA and relinquished the Israel Prize, but denied any wrongdoing. Since then, the trickle of testimonies has turned into a torrent.

On Sunday, Israeli police announced its major crimes unit, Lahav 433, had opened a formal investigation. On Monday, Hebrew media reported the police had investigated similar allegations against him in 2013, but had closed the probe for lack of evidence.

ZAKA, meanwhile, issued a statement expressing "shock and astonishment," saying the allegations against Meshi-Zahav "arouse deep abhorrence, shock and disgust, light years away from the values that characterize the organization.” Statistics on sexual abuse in the ultra-Orthodox world are difficult to come by. Waks, who leads the advocacy group Kol V'Oz, said the general estimate in Israeli society is that one in six boys and one in four girls has experienced sexual abuse. He said there is nothing to suggest the numbers are different in the ultra-Orthodox world. "Many of us would argue that there are increased vulnerabilities which would translate to increased numbers of abuse,” he said. These include the lack of sex education, the inability to keep close tabs on children because of large families and the general level of trust among adults in the tight-knit communities. He called the allegations against Meshi-Zahav "shocking but not surprising,” and said he hoped they would encourage other alleged victims to come forward.

In a landmark case that shined a light on abuses in the ultra-Orthodox world, Israel in January extradited Malka Leifer, an ultra-Orthodox former teacher wanted on 74 counts of child sex abuse, to Australia after a protracted legal battle. Shana Aaronson, executive director of Magen for Jewish Communities, an Israeli advocacy group for survivors of sexual abuse, said at least six people have approached the organization about Meshi-Zahav. She said the first inklings of accusations surfaced about six years ago. "The person was unwilling to discuss it anymore, go to the police or anything of that nature," she said. She said the spectrum of complaints that have surfaced against Meshi-Zahav "paints a picture of a certain personality of someone who was unbelievably confident in the fact that he was just going to get away with this.” Israel’s Education Ministry, which bestows the Israel Prize, has yet to comment on Meshi-Zahav. But Miriam Peretz, a member of the prize committee and Israel Prize laureate, has spoken out. "All of us members of the committee categorically condemn this entire horrible thing,” she told Israeli public broadcaster Kan.