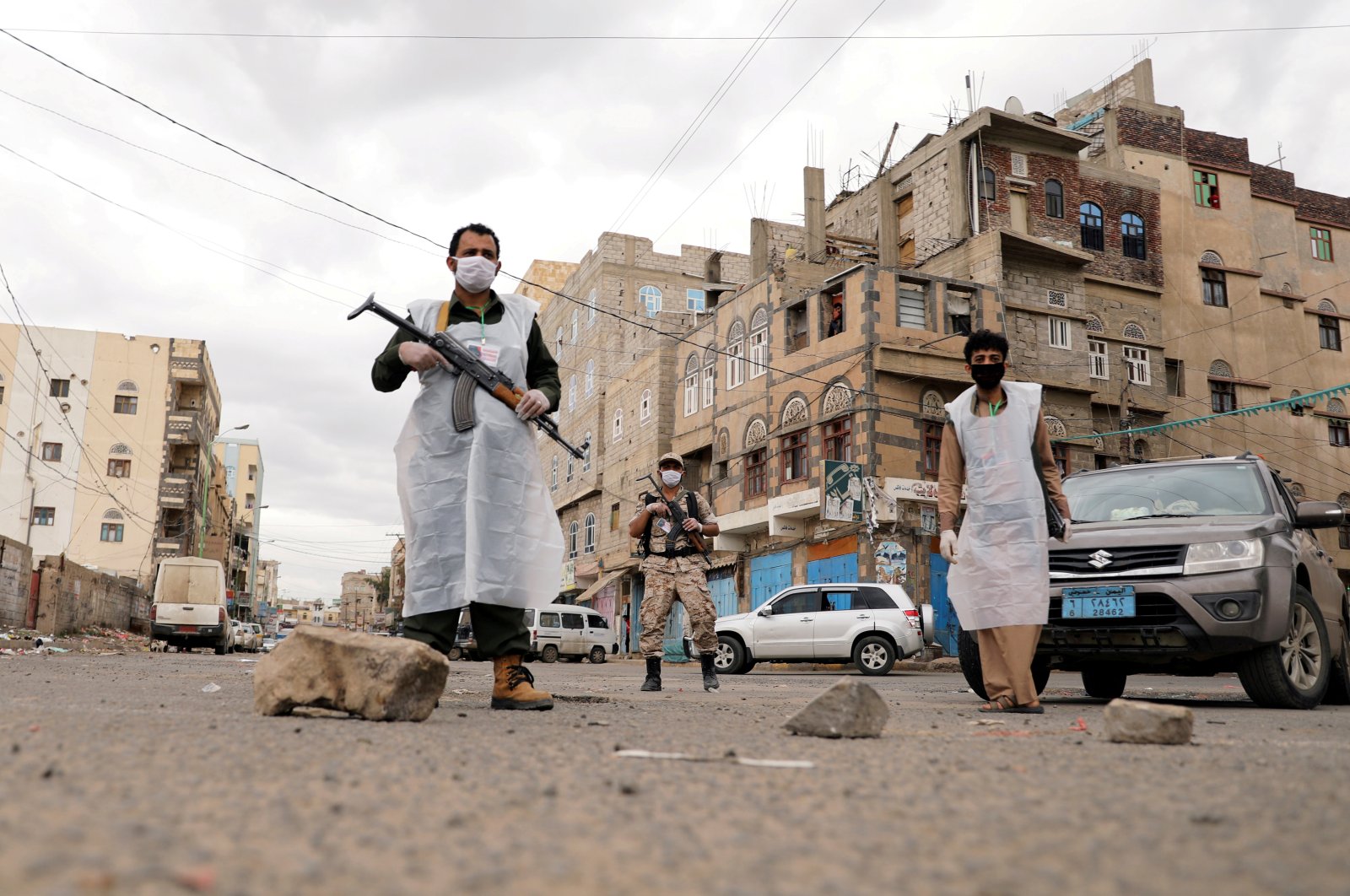 Security men wearing protective masks stand on a street during a 24-hour curfew amid concerns about the spread of the coronavirus, in Sanaa, Yemen, May 6, 2020. (REUTERS)
by REUTERS May 13, 2020 5:13 pm

Yemen's Saudi-backed government reported the first coronavirus case in Marib province and four other infections elsewhere, taking the tally of cases in areas under its control to 70, including 12 deaths.

Yemen is divided between the internationally recognized government based in the south and the Iran-aligned Houthi movement headquartered in the north. The Houthis have so far reported two COVID-19 infections, with one death.

The first case was reported last month in the southern oil-producing region of Hadhramout.

The sufferer was a Yemeni working in the port of Ash Shihr, a local official told Reuters.

If the virus spreads in Yemen, the impact would be "catastrophic," as the health status of at least half the population is "very degraded" and the country does not have sufficient supplies, capabilities or facilities, its United Nations humanitarian coordinator, Lise Grande, told Reuters last month.

Yemen has been mired in violence since the Iran-aligned Houthi movement overthrew the government in the capital, Sanaa, in late 2014, prompting the Saudi-led coalition to intervene.

The five-year-old conflict has killed more than 100,000 and pushed millions to the brink of famine.