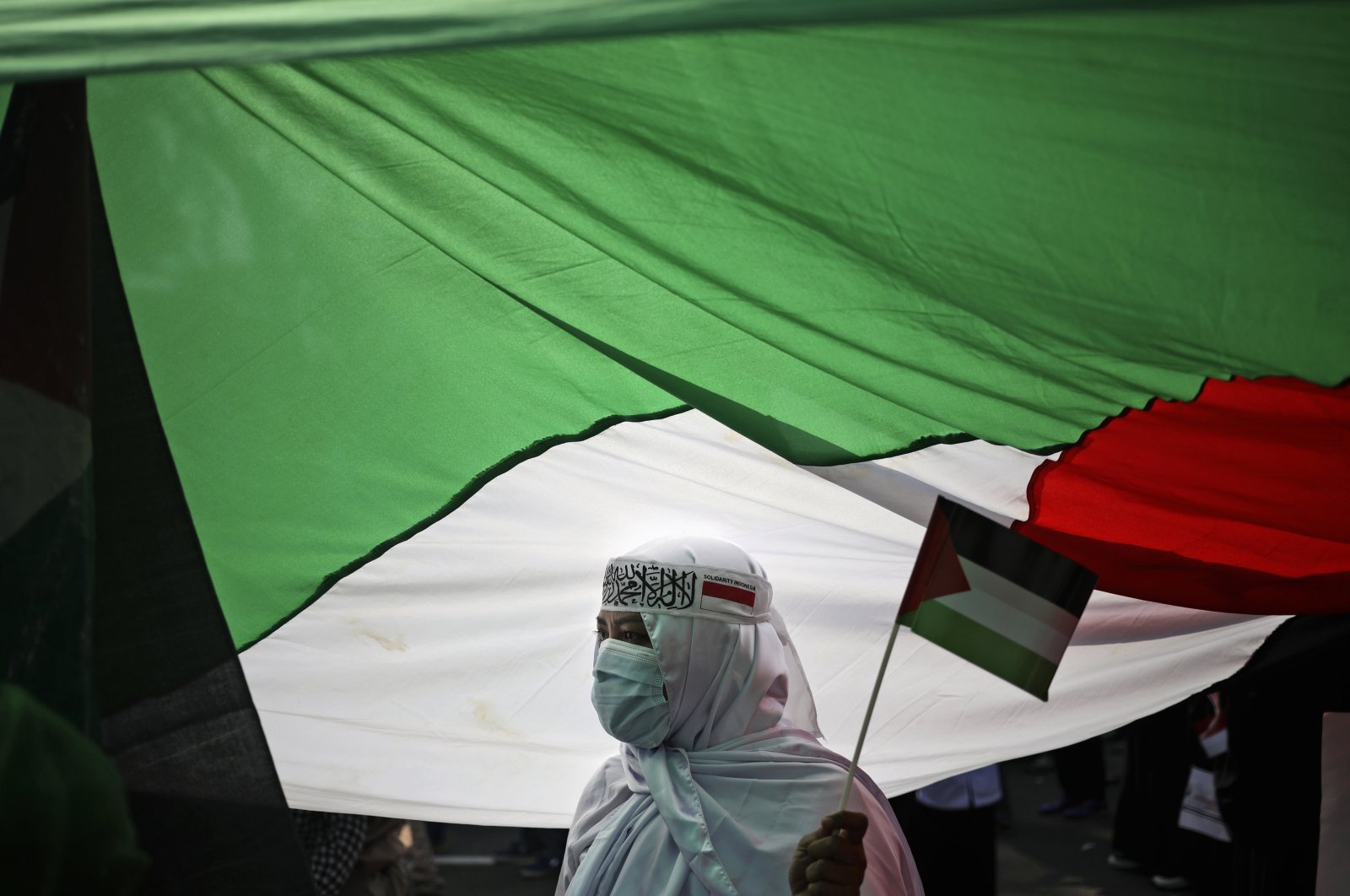 Palestinian factions in the blockaded Gaza Strip are holding demonstrations against the U.S.-UNRWA refugee funding agreement, asserting that the deal interferes with the Palestinian curriculum and was signed to the detriment of human rights

Dozens of Palestinians in the Gaza Strip protested Tuesday against an agreement between Washington and a United Nations agency, asserting that the deal “cancels the rights of return” in a major crackdown on freedoms of the civilian population under Israeli occupation.

The rallies were held in front of U.N. Relief and Works Agency for Palestine Refugees (UNRWA) headquarters with people who gathered there opposing a two-year plan dubbed The Framework for Cooperation which was affiliated by the U.S. State of Department and UNRWA.

Chanting slogans and carrying banners the protesters demanded to end the harmful agreement, pledging to not give up until the plan is halted.

“We totally reject the agreement between the U.S. and UNRWA,” the protesters said. “The right of return is consistent; we won’t give up.”

The Framework for Cooperation was signed between U.S. and UNRWA in July this year to "provide humanitarian assistance, protection to beneficiaries" and promotion the enhanced human development potential of Palestinian refugees for the 2021-2022 period. Under the deal, the signed sides agreed to support the economic empowerment and livelihoods of Palestinian refugees. The document was signed following former U.S. President Donald Trump's suspension of funds in 2018 and the United States paid UNRWA $135 million in additional funds under the deal.

“No contributions by the U.S. shall be made to UNRWA, except on the condition that UNRWA takes all possible measures to assure that no part of the U.S. contribution shall be used to furnish assistance to any refugee who is receiving military training as a member of the so-called Palestinian Liberation Army (PLA) or any other guerrilla-type organization or has engaged in act of terrorism,” it said, adding that the framework also includes “monitoring Palestinian (school) curriculum content.”

Palestinians across the Israeli-occupied territories expressed anger over the deal, describing it as a “threat” to Palestinian refugee rights and a “serious change” in UNRWA’s methods.

“This agreement is totally rejected by all Palestinian bodies as it does not go in line with the U.N. agency common work towards Palestinian refugees," Ahmed al-Mudallal, a top official from a Palestinian resistance group told Doha-based Al-Jazeera.

Another opposer to the plan, a lawyer from Gaza Strip, Salah Abdulatti, said that the U.S.-UNRWA deal violates United Nations covenants as well as the Refugee Convention.

“The U.N. agency has no right to sign a contract at the expense of refugees’ interests and impose restrictions on their freedom of expression under the pretext of neutrality,” said Abdulatti, adding that it was inked without consultation with Palestinian Authority (PA) or any other Palestinian body. He described the plan as "flagrant blackmailing.”

“The agreement will transform the agency from a service agency to an intelligence agency whose goal is to provide security information,” Abdulatti said.

A coordinator for the Joint Refugee Committee Mahmoud Khalaf said the Framework for Cooperation stipulates “preventing freedom of expression for its employees on social media platforms, as well as interfering in the Palestinian curriculum.”

“Unlike the agreement with the U.N. agency, the (school) curriculum should be according to the host country and this is applied over a period of 73 years,” he told Al-Jazeera, highlighting that under the deal UNRWA should provide U.S. State Department with reports. “Several terms included in the agreement were imposed upon the U.S. vision, such as combating terrorism, anti-Semitism, and women’s rights et cetera,” he said.

Khalaf pledged to continue demonstating until the U.S.-UNRWA framework is suspended and called on other Palestinian factions to join the resistance against the conditional funding at the expense of Palestinian refugees’ rights.

“Our protests will continue until this unjust agreement is revoked,” he said.

Meanwhile, UNRWA's chief Philippe Lazzarini told reporters in early October that the body is facing an "existential” budget crisis and appealing for urgent funding of $120 million to keep essential education, health care and other services running.

"We keep struggling, running after cash,” Lazzarini said, according to The Associated Press (AP). "The financial situation is a real existential threat on the organization, and we should not underestimate this because it might force the organization to decrease services,” he added, and if that happens "we risk to collapse very quickly.”

The Biden administration announced in April it would provide a total of $235 million to projects in the occupied West Bank and Gaza as well as to UNRWA. But Lazzarini said the U.S. funding has been offset by decreased funding from other donors as a result of the economic impact of the COVID-19 pandemic, and no information from potential donors in the Middle East. He pointed to the United Kingdom's decrease in its overseas aid budget from 0.7% to 0.5% of GDP, and the decline in Arab support to UNRWA from $200 million in 2018 to about $89 million in 2019 and $37 million in 2020.

He said UNRWA's uncertain funding has generated anxiety and that the "lifeline” provided by the agency could be weakened.

In an effort to reverse this trend, Lazzarini said Sweden and Jordan will be co-hosting a conference in mid-November in Brussels with the main aim to ensure more predictable multi-year funding for the agency. He said UNRWA is seeking $800 million a year for three years for its "core" activities – education, health care, and social protection and safety nets.

UNRWA also has a separate emergency budget that provides humanitarian aid to Gaza and Syria, he said. This year that budget was around $500 million, and he said it will probably be similar in 2022.