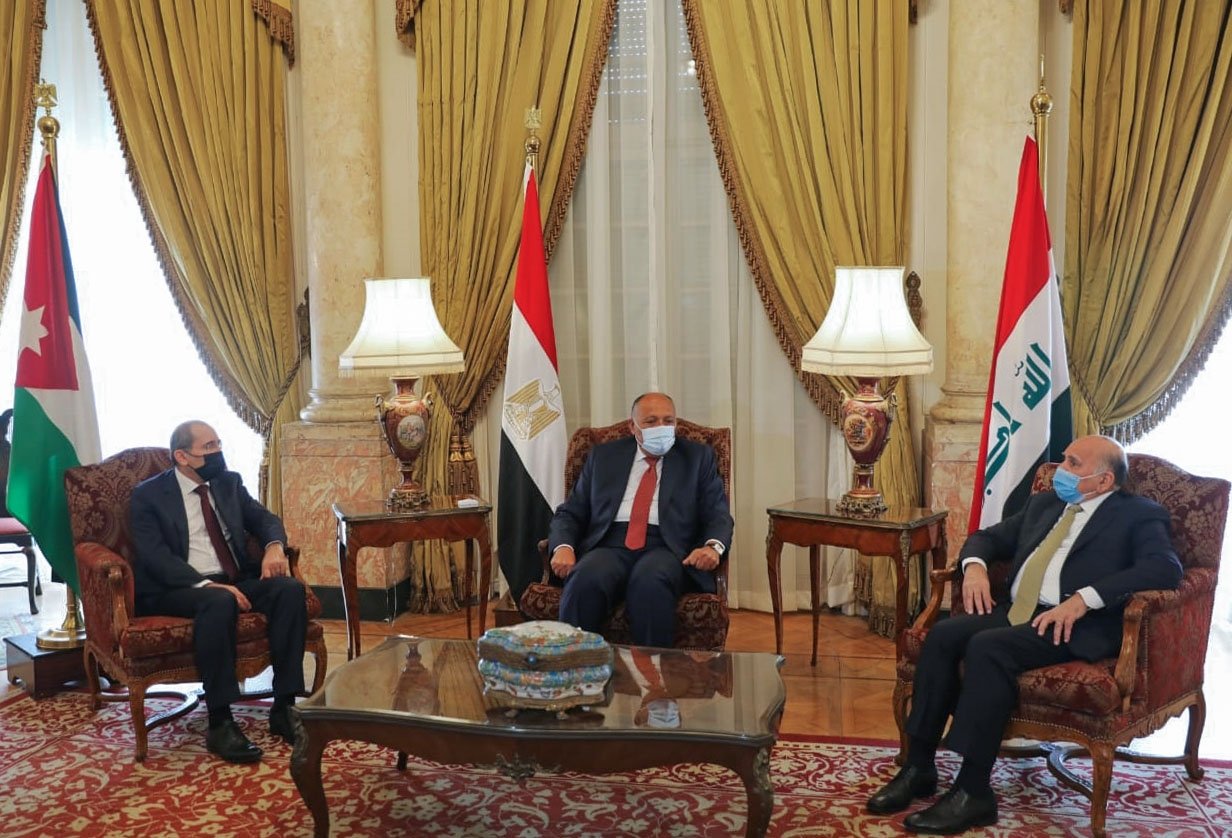 The foreign ministers of Egypt, Jordan and Iraq met on Monday for talks on developments in the region, Egypt's official news agency reported on Monday.

The agency quoted Egyptian Foreign Ministry spokesperson Ahmed Hafez as saying that the aim was to conduct political consultations on the latest developments in the region, especially the Palestinian peace process, and the situations in Syria, Yemen and Libya.

"The tripartite ministerial stressed the importance of reaching political solutions to the conflicts afflicting Syria, Yemen and Libya, with the aim of preserving their sovereignty, security and stability," Hafez said.

He added that other topics included "accelerating the implementation of strategic projects that are in the interest of the three countries (Egypt, Jordan, and Iraq) and the challenges facing the water rights of Arab countries."

Earlier on Monday, the Palestinian national dialogue kicked off in Cairo with the participation of various factions to discuss several core issues key among them being the Palestinian general elections.

On Monday, Arab foreign ministers will hold an emergency meeting in Cairo to discuss developments in the region, most notably the Palestinian issue, as well as how to deal with the administration of newly elected U.S. President Joe Biden.

In October last year, the tripartite coordination mechanism meeting of the foreign ministers of Egypt, Jordan and Iraq was held in the Egyptian capital to discuss the mutual challenges facing the three countries and the continuation of joint action between them.

Earlier in August, a tripartite meeting between the leaders of Jordan, Egypt and Iraq was held in the Jordanian capital, Amman, for talks on developments in the region, particularly the Palestinian issue and coordination in facing the coronavirus pandemic.

The three countries held three summits, the first in Egypt in March 2019, the second in the United States in September of the same year and the third in Amman in August 2020.