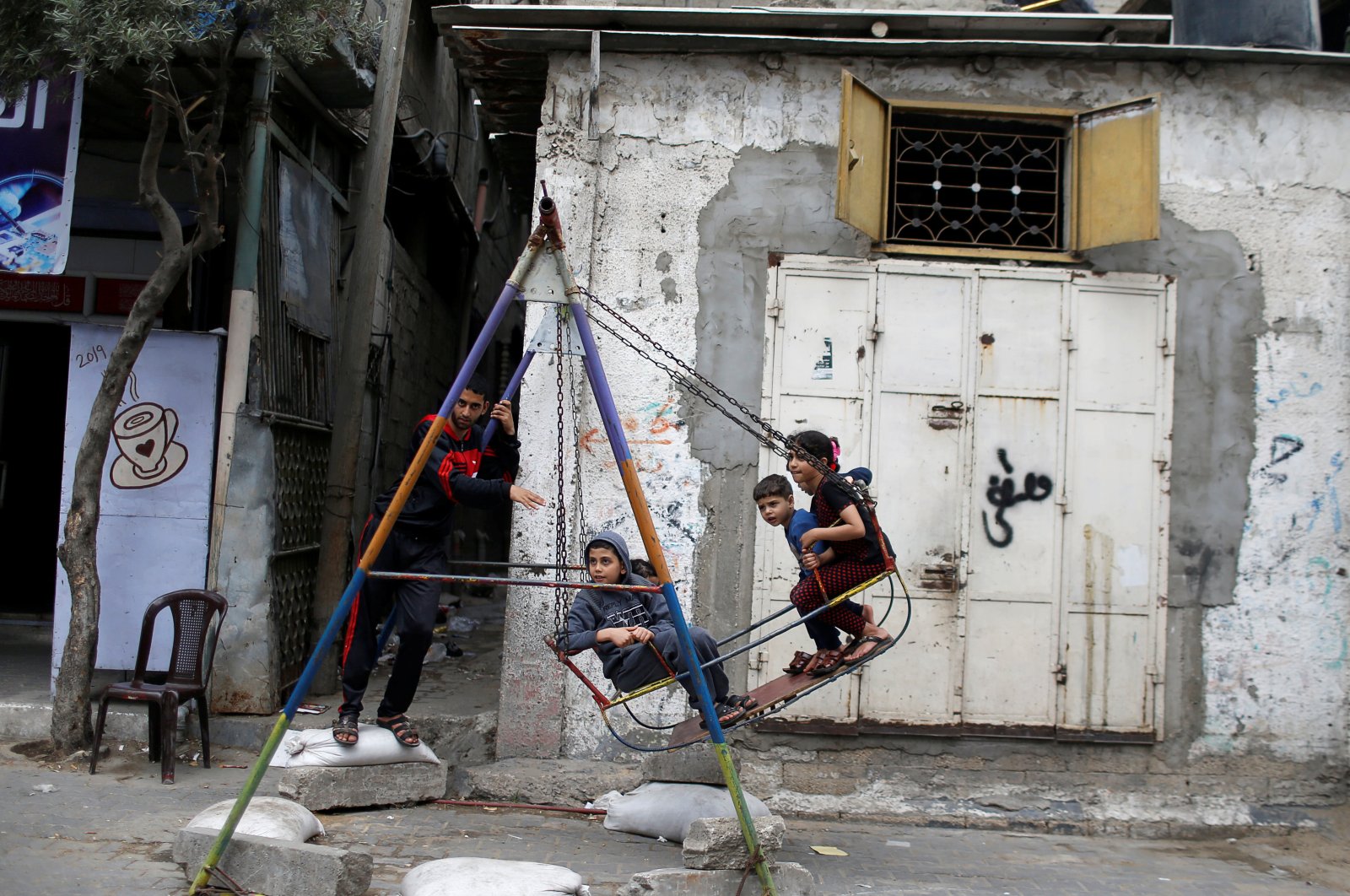 The U.N. agency supporting Palestinian refugees says it only has enough cash to operate until the end of this month while struggling to stave off a humanitarian disaster in the occupied territories amid the coronavirus outbreak

The United Nations Relief and Works Agency for Palestine Refugees in the Near East (UNRWA) said Tuesday it only has enough cash to operate until the end of May because of American funding cuts as the humanitarian concern for Palestinians in the Israeli-occupied territories grows amid the COVID-19 pandemic.

Elizabeth Campbell, UNRWA's director in Washington, told reporters that the loss of U.S. aid had a "corrosive impact" on the agency's ability to help vulnerable people. "We are basically operating on a month-to-month basis. Right now, we have funding to pay our 30,000 health care workers until the end of this month," Campbell said in a Zoom conference call from Washington. She said UNRWA had only secured a third of its $1.2 billion annual budget and that it was suffering its "worst financial crisis" since beginning operations some 70 years ago. The agency is trying to plug the $800 million shortfall in part by appealing to European and Gulf countries for emergency donations, Campbell said.

The United States was by far UNRWA's biggest donor until it withdrew funding, calling for reforms and suggesting its services be transferred to refugee host countries. In 2018, the U.S. slashed funding for UNRWA and for development programs in the Palestinian territories. The World Food Programme (WFP) earlier announced further cuts in food aid to Palestinians due to funding shortages, amid international warnings of an ongoing humanitarian crisis in the occupied territories.

Palestinian refugees are mostly descendants of some 700,000 Palestinians who were driven out of their homes or fled amid fighting in the 1948 war that led to Israel's creation. Nearly a third live in 58 camps where UNRWA provides services. Many refugees fear the dwindling aid they receive could fall further as the coronavirus crisis persists and donors shift priorities. UNRWA has tried to halt the spread of COVID-19 in and around camps, closing all of its 276 schools that are attended by close to 300,000 children. It has launched a $14 million emergency appeal for coronavirus funding and says it will issue another, larger aid request in the coming days.

The Palestinians have reported 345 coronavirus cases and two deaths in the West Bank, where some 3 million Palestinians live. In the Gaza Strip, 17 cases have been reported among a population of some 2 million. Hamas has shuttered Gaza's mosques and schools and restricted large gatherings, but said a full lockdown was not necessary.

Israel, which tightly controls movement in and out of Gaza, last month linked any coronavirus aid it might offer Palestinians there to progress in its attempt to recover two Israeli soldiers lost during the 2014 war in the enclave. Also Norway, which chairs a major donor group to the Palestinians, pleaded for more funding for Gaza and the Israeli-occupied West Bank to help stave off a humanitarian disaster.

Half of the Palestinians in the blockaded Gaza Strip depend on food aid, according to UNRWA. Since 2007, the Gaza Strip has been under a crippling Israeli and Egyptian blockade that has gutted its economy and deprived its roughly 2 million inhabitants of many vital commodities, including food, fuel and medicine. In the long-embargoed enclave, the humanitarian situation worsens each day.

The World Bank warned that the Gaza economy was in "free fall," calling on Israel and the international community to take immediate action to avoid an "immediate collapse" in the Palestinian territory. According to the bank, unemployment is now over 50% overall and over 70% among Gaza's youth. The poverty rate in the Gaza Strip has reached 80% amid more than a decadelong Israeli blockade, according to the Palestinian General Federation of Trade Unions. Dozens of Palestinians have long demonstrated against high unemployment rates in the Gaza Strip, which has been reeling under the crippling Israeli blockade.