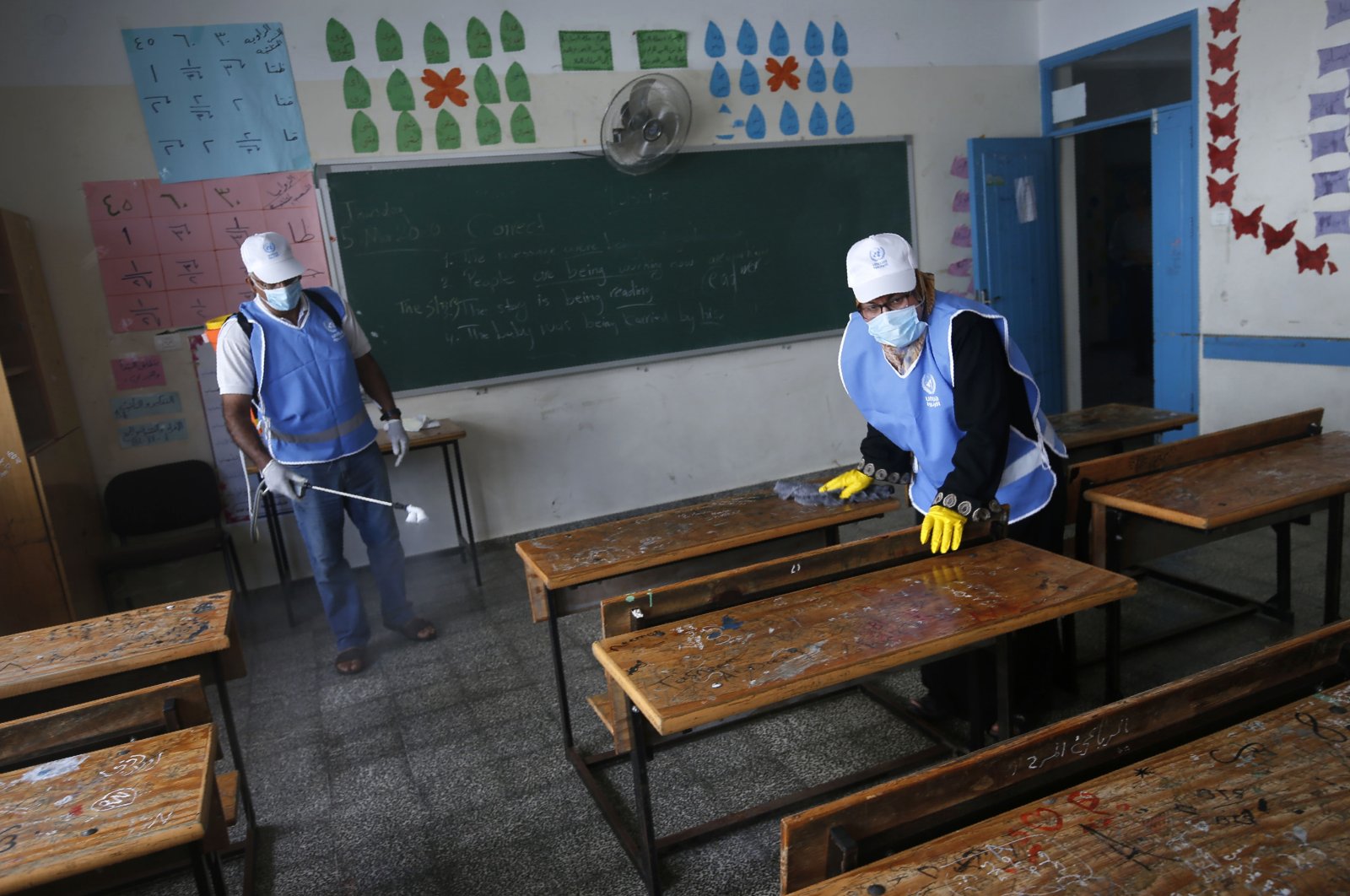 The Health Ministry in the Gaza Strip on Monday announced the first cases of coronavirus spread through the community, raising fears of an outbreak in the impoverished territory blockaded by Israel and Egypt.

Until now, all the cases reported in Gaza were linked to quarantine facilities for residents returning from abroad.

The Health Ministry said four people from the same family have tested positive for the virus in central Gaza and investigations were underway to track the source of the infection. A full lockdown was imposed on the al-Maghazi refugee camp, where the family lives.

The Hamas movement has governed Gaza since 2007. Egypt and Israel imposed a crippling blockade on the territory, which is home to some 2 million Palestinians, in response to the Hamas takeover. Israel and Hamas have fought three wars and countless skirmishes since then.

Tensions have risen in recent weeks as incendiary balloons and rockets were launched across the frontier. Israel has responded with airstrikes on targets linked to Hamas. There have been no deaths or serious injuries on either side.

The discovery of the local cases comes despite months of strict efforts taken to prevent community transmission.

Starting on March 15, Hamas imposed mandatory isolation for 21 days at designated quarantine centers for all those returning to the Strip by the way of Israel and Egypt. Authorities have detected 109 cases in the quarantine facilities since March, and 72 of them have recovered. The only fatality in Gaza was a woman who had underlying health problems.