Gaza cease-fire may be reached within 2 days, Hamas says 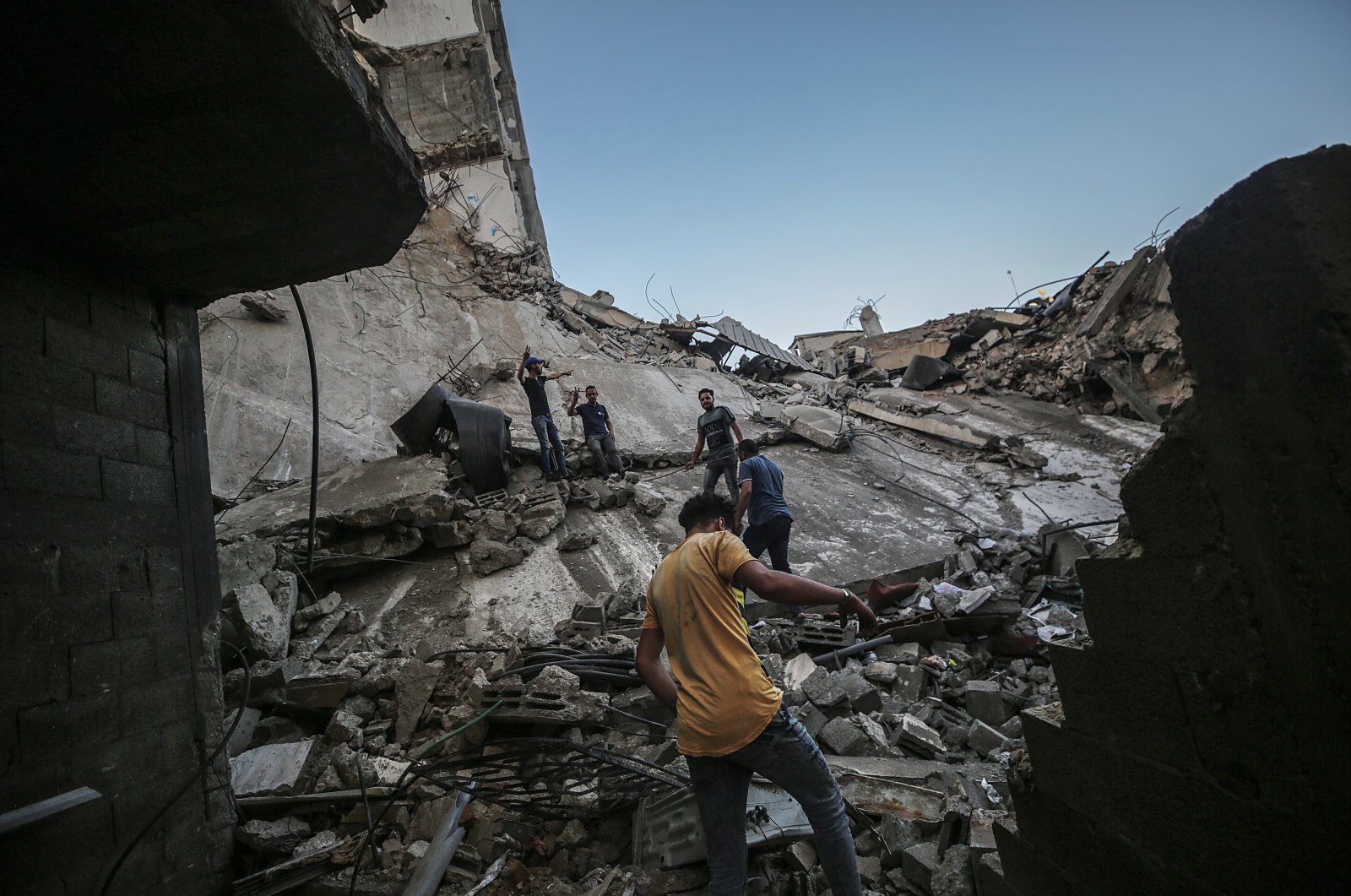 Palestinians inspect the rubble of their destroyed house after Israeli airstrikes, in Gaza City, 19 May 2021. (EPA Photo)
by Anadolu Agency May 20, 2021 2:40 am

A high-ranking member of Palestine's Hamas said Wednesday that a cease-fire may be reached between Israel and Palestinian resistance groups in Gaza within two days.

Mousa Abu Marzouk released a statement to Lebanon-based al-Mayadeen TV that said, "ongoing efforts regarding a cease-fire will succeed." He said, "I expect reaching a ceasefire in one or two days."

Marzouk, who is a member of Hamas' Political Bureau, also said Israel is worried that it cannot fight on several fronts in the occupied West Bank, Jerusalem, Gaza and Arab towns in Israel.

Also on Wednesday, Israeli Channel 12 revealed a consensus between Israeli politicians and military to not accept a cease-fire before Friday.

At least 227 Palestinians have been killed, including 64 children and 36 women, and 1,620 others have also been injured in Israeli attacks across the blockaded territory since May 10, according to Gaza's Health Ministry.

Meanwhile in the occupied West Bank and East Jerusalem, 28 Palestinians, including 4 children, were killed by the Israeli forces in clashes that erupted in protest of Israeli attacks on Gaza.

Twelve people in Israel have also been killed in Palestinian rocket fire from the Gaza Strip in retaliation to Israeli aggression.