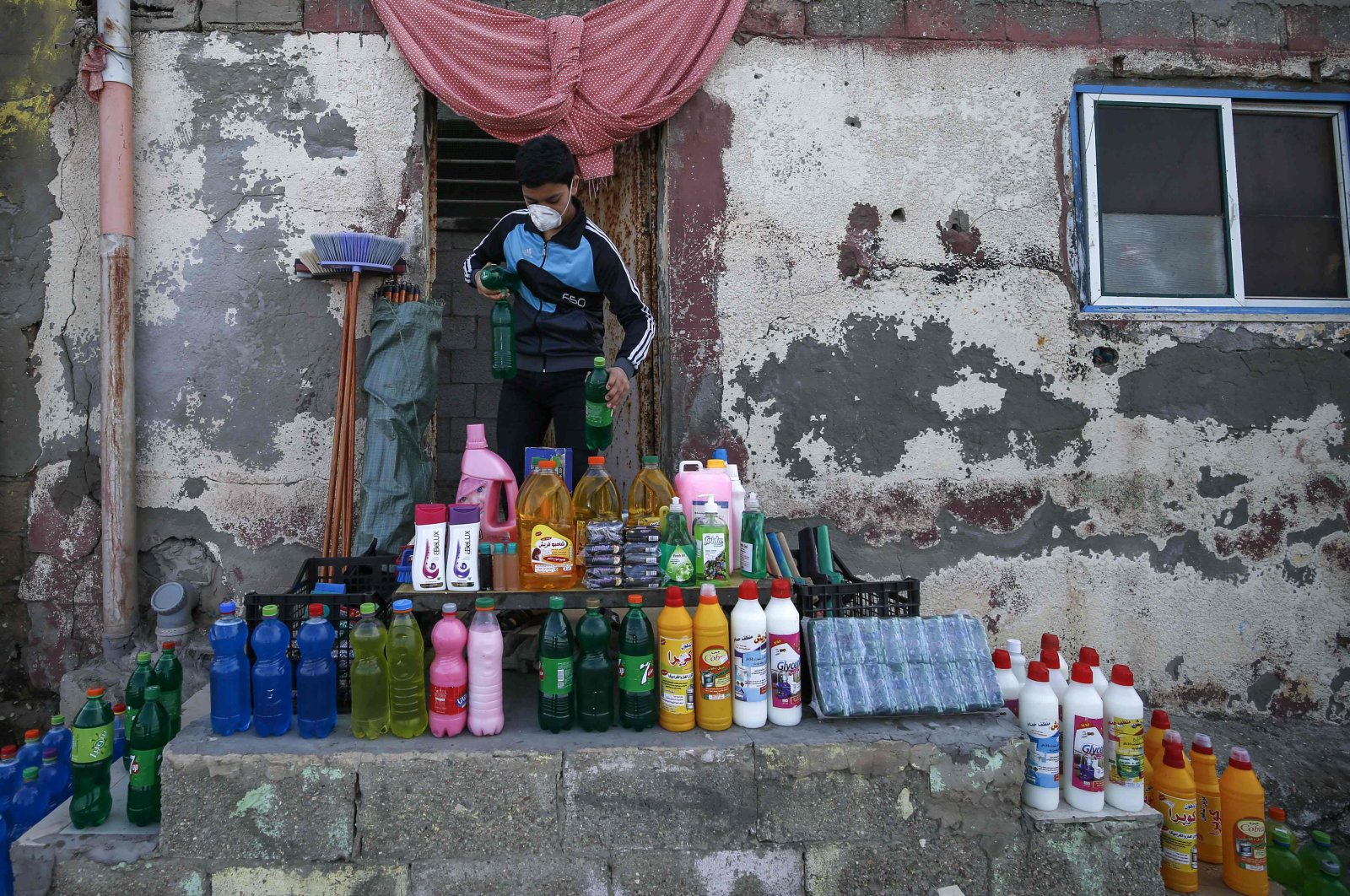 Ahead of the second anniversary of the "Great March of Return," the fragile health system in the blockaded Gaza Strip faces the new challenge of a coronavirus outbreak with nine COVID-19 patients diagnosed so far

As the second anniversary of the "Great March of Return" approaches, the humanitarian situation in the occupied Palestinian territories has deteriorated further as hospitals that were once overwhelmed by gunshot wounds and amputations are now gearing up for a very different challenge: a highly contagious coronavirus pandemic.

The border fence is much quieter now in the run-up to the two-year anniversary on March 30 of the border protests in which some 215 Palestinians, most of them unarmed, were killed by Israeli fire, including 47 people under the age of 18 and two women, according to the Al-Mezan Center for Human Rights. Hundreds of others have been seriously wounded in the demonstrations.

Organizers and Palestinian factions are discussing whether to cancel or scale down commemorative events. Whatever they decide, Gaza's medical facilities have already switched their focus from protest casualties to the pandemic.

Nine cases of COVID-19, the disease caused by the novel coronavirus, have been detected in the Gaza Strip so far. The failing health care system in the Gaza Strip may not be able to cater to the patients in the event of a rise in coronavirus cases, a Palestinian human rights group warned Thursday.

The Gaza-based Palestinian Centre for Human Rights (PCHR) has urged international intervention "before it is too late to prevent a health care system collapse."

"The health care facilities in Gaza are already on the verge of collapse due to the Israeli-imposed closure on the Gaza Strip for the last 13 years, exacerbated by the repercussions of the Palestinian internal division and political bickering," it said in a statement.

A new quarantine center has been set up in Rafah, near the border with Egypt, and the 42-square-meter (452-square-feet) tents donated by the World Health Organization (WHO) that once served as border Trauma Stabilization Points have been moved to tackle the new threat. "All of the tents and medical supplies that had been used during the marches of return have been employed in the ministry’s measures to protect our people against coronavirus," Gaza health ministry spokesman Ashraf Al-Qidra said.

WHO's head of office for the occupied Palestinian territories, Gerald Rockenschaub, toured the new Rafah facilities last week as his team delivered lab-testing supplies and personal protective equipment. "Measures have been put in place but Gaza is a very challenging environment; it is a very crowded environment," he said. "There are shortages everywhere, in medication, in electricity and in supplies. We are trying to address this."

While the world has panicked over merely weekslong isolation amid the coronavirus pandemic, Gazans have been trapped in an Israeli-enforced blockade for 14 years. Gaza, measuring 375 square kilometers (145 square miles), is home to around 2 million Palestinians, more than half of them refugees. Some 90% of its land and sea boundaries and its access to the outside world are controlled by Israel, while Egypt controls its narrow southern border.

Last week, Michael Lynk, U.N. special rapporteur on the situation of human rights in the Palestinian territories, said he was worried about the potential impact of COVID-19 on the Gaza Strip population. The Gaza health care system was collapsing even before the pandemic, he added.

Israel’s long-standing blockade has created serious obstacles for Gazans to have access to a variety of medical supplies. Gaza’s health system of 13 public hospitals and 14 clinics, run by nongovernmental organizations, has buckled under persistent blockade-linked shortages of medicine and surgical supplies.