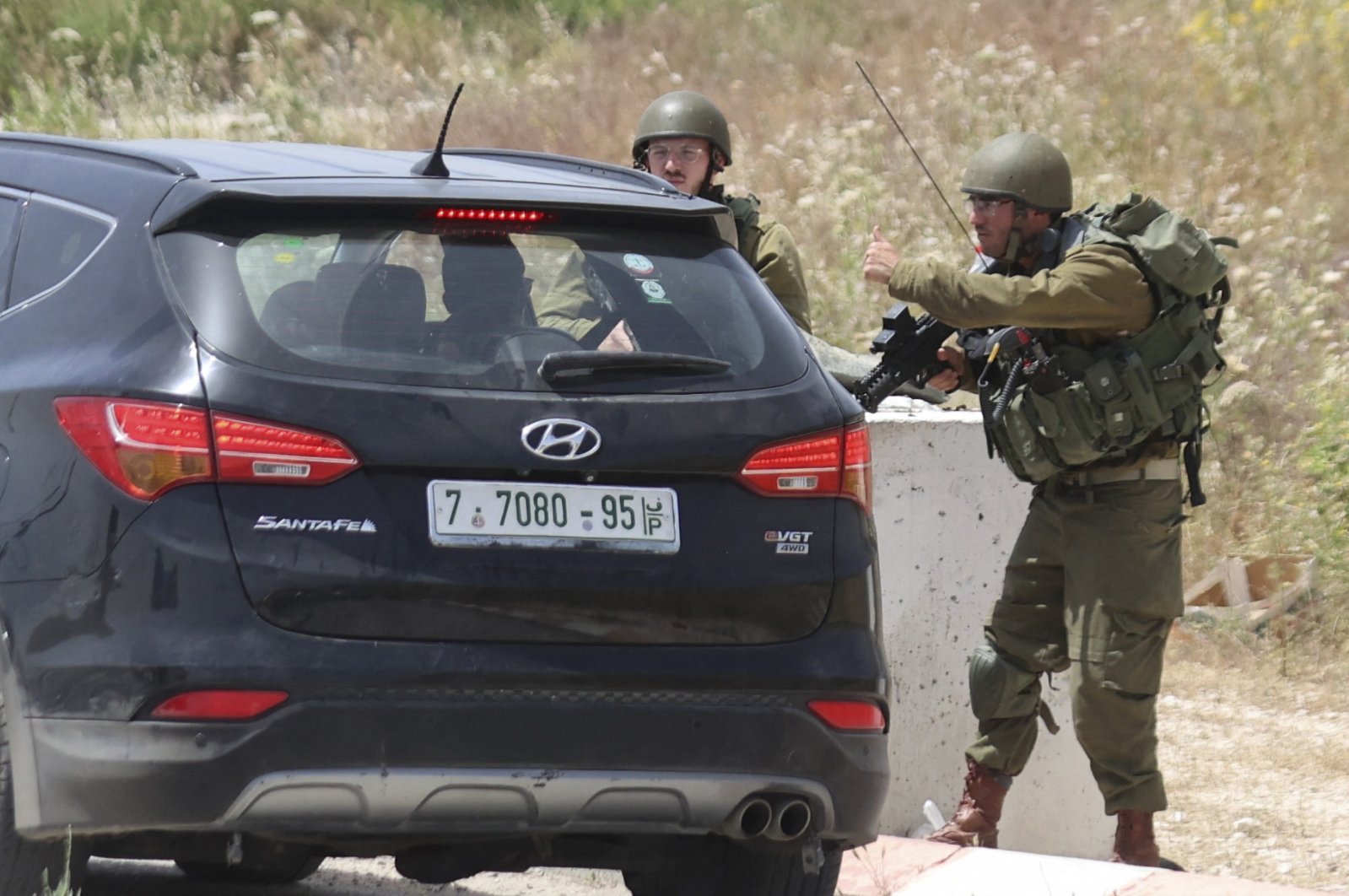 Israeli soldiers search cars at the Hawara checkpoint, the southern entrance to Nablus city in the illegally occupied West Bank, on May 3, 2021 (AFP Photo)
by Anadolu Agency May 03, 2021 7:46 pm

Asked about the report at a press briefing in Berlin, German government spokesperson Steffen Seibert said the HRW viewpoint that "Israel is committing the international law crime of apartheid is explicitly not endorsed by the federal government."

"We don't think that is a correct assessment," Seibert added.

Last week, the HRW issued a 213-page report accusing Israel of committing crimes of apartheid and persecution against the Palestinian people in the occupied territories.

In the report, the New York-based human rights group said Israel's dual policies, codified in its laws, had privileged the rights of Israeli Jews, while repressing the rights of Palestinians.

HRW Executive Director Kenneth Roth stated, "Denying millions of Palestinians their fundamental rights, without any legitimate security justification and solely because they are Palestinian and not Jewish, is not simply a matter of an abusive occupation."

Israel rejected the report, accusing the HRW of being instrumentalized by the pro-Palestinian Boycott, Divestment and Sanctions movement.