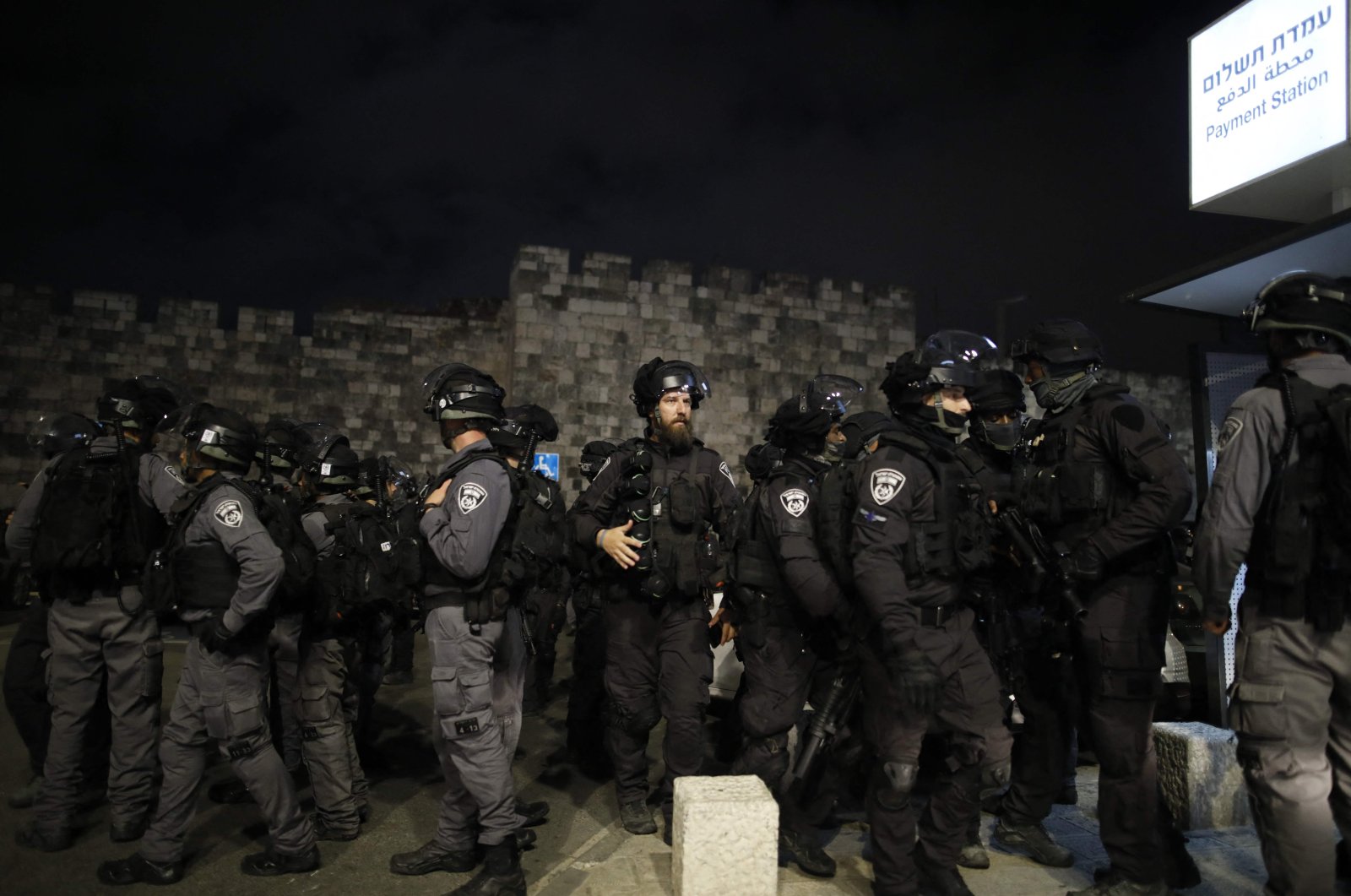 Israel is committing the crime of "apartheid" by seeking to maintain Jewish "domination" over Palestinians and its own Arab population, Human Rights Watch (HRW) said Tuesday. Israel promptly denounced the report by the human rights watchdog.

Currently, under investigation by the International Criminal Court for alleged war crimes, Israel blasted HRW's accusations as "preposterous and false," accusing the New York-based group of having "a long-standing anti-Israeli agenda."

HRW said its finding that Israel is "committing the crimes against humanity of apartheid and persecution" against Palestinians was based on robust sourcing, including government planning materials and statements by public officials.

The 213-page report finds that the Israeli government is the "single authority" with primary control "over the area between the Jordan River and the Mediterranean Sea."

Within that territory, there is "an overarching Israeli government policy to maintain the domination by Jewish Israelis over Palestinians," HRW said.

The group said its findings apply to Israeli treatment of Palestinians in the occupied West Bank, the blockaded Gaza Strip, annexed East Jerusalem as well as Arab Israelis – a term referring to Palestinians who stayed on their land following Israel's creation in 1948.

HRW said that while apartheid was initially coined with respect to the institutional persecution of black people in South Africa, it was now a universally recognized legal term.

Omar Shakir, Israel and Palestine director at Human Rights Watch, told Agence France-Presse (AFP) there have been warnings for years that "apartheid is around the corner."

"I think it's quite clear that that threshold has been crossed," Shakir said from Jordan.

A U.S. citizen, Shakir was the first foreign national deported by Israel for allegedly supporting an international boycott movement that seeks to isolate Israel, an allegation he denies.

Israel's foreign ministry told AFP the HRW report amounted to a "propaganda pamphlet" from an organization that has been "actively seeking for years to promote boycotts against Israel."

Israel has occupied the West Bank since 1967, the same year it annexed East Jerusalem.

Since then, Jewish settlers in both areas have illegally taken increasing amounts of land.

Palestinians in East Jerusalem and across much of the West Bank are regularly denied building permits, while Jewish home construction has steadily grown.

HRW called on nations to stop viewing the occupation as an issue that can be resolved through a peace deal, and foster accountability by reconsidering their Israel ties, including military cooperation.

"While much of the world treats Israel's half-century occupation as a temporary situation that a decadeslong 'peace process' will soon cure, the oppression of Palestinians there has reached a threshold and a permanence that meets the definitions of the crimes of apartheid and persecution," said HRW executive director Ken Roth.

The group also called on the West Bank-based Palestinian Authority (PA) to cease some forms of security cooperation with Israel to avoid being "complicit" with apartheid.

The PA did not immediately respond to the HRW report.

Israel has said it will not cooperate with the International Criminal Court investigation, primarily expected to focus on alleged war crimes committed during the 2014 war against Hamas in Gaza.

Hamas, which has controlled Israeli-blockaded Gaza since 2007, is also being probed by the ICC.

But HRW said the ICC should conduct additional investigations into those "credibly implicated" in committing the crimes of apartheid and persecution.

It called on nations to "impose individual sanctions, including travel bans and asset freezes, on officials responsible for committing these crimes."

While HRW is the first major international organization to level the apartheid charge against Israel, it follows a move earlier this year by Israeli civil society group B'Tselem.

The settler watchdog charged that the "Israeli regime implements laws, practices and state violence designed to cement the supremacy of one group – Jews – over another – Palestinians."