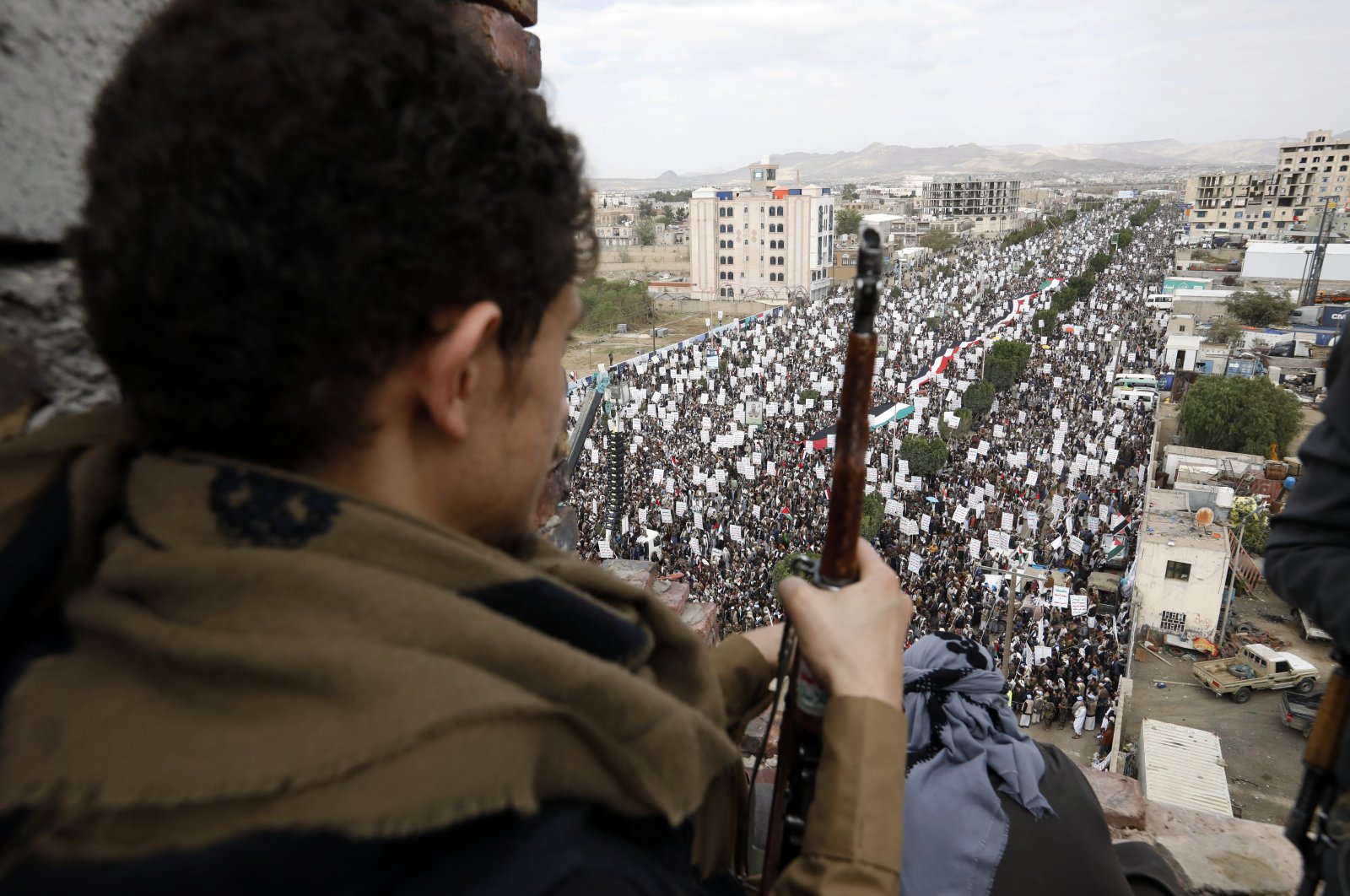 Yemen's Houthis hit a military airbase in southern Saudi Arabia with a drone, the movement said Sunday, while the Saudi-led coalition fighting the group rebuked the claim, saying it had intercepted and destroyed an armed drone fired into the kingdom.

A Houthi military spokesperson said on Twitter the group had targeted the King Khalid airbase in Khamis Mushait with a drone.

There was no Saudi confirmation of any hit.

The military coalition led by Saudi Arabia, which intervened in Yemen against the Iran-aligned Houthis in 2015 after the Houthis captured the capital Sanaa, has said it intercepts the majority of Houthi missile and drone attacks.

The Houthi movement, which holds most of north Yemen, has kept up cross-border attacks on Saudi Arabia and a ground offensive in Yemen's Marib region at a time the United States and the United Nations are pushing for a cease-fire agreement.

Riyadh has proposed a truce, but the Houthis reject the offer, saying they want the full lifting of a sea and air blockade which allows the Saudi-led coalition to restrict imports into Yemen.

The conflict, seen in the region as a proxy war between Saudi Arabia and Iran, has killed tens of thousands of people and pushed millions to the brink of famine in what the U.N. calls the world's worst humanitarian crisis.