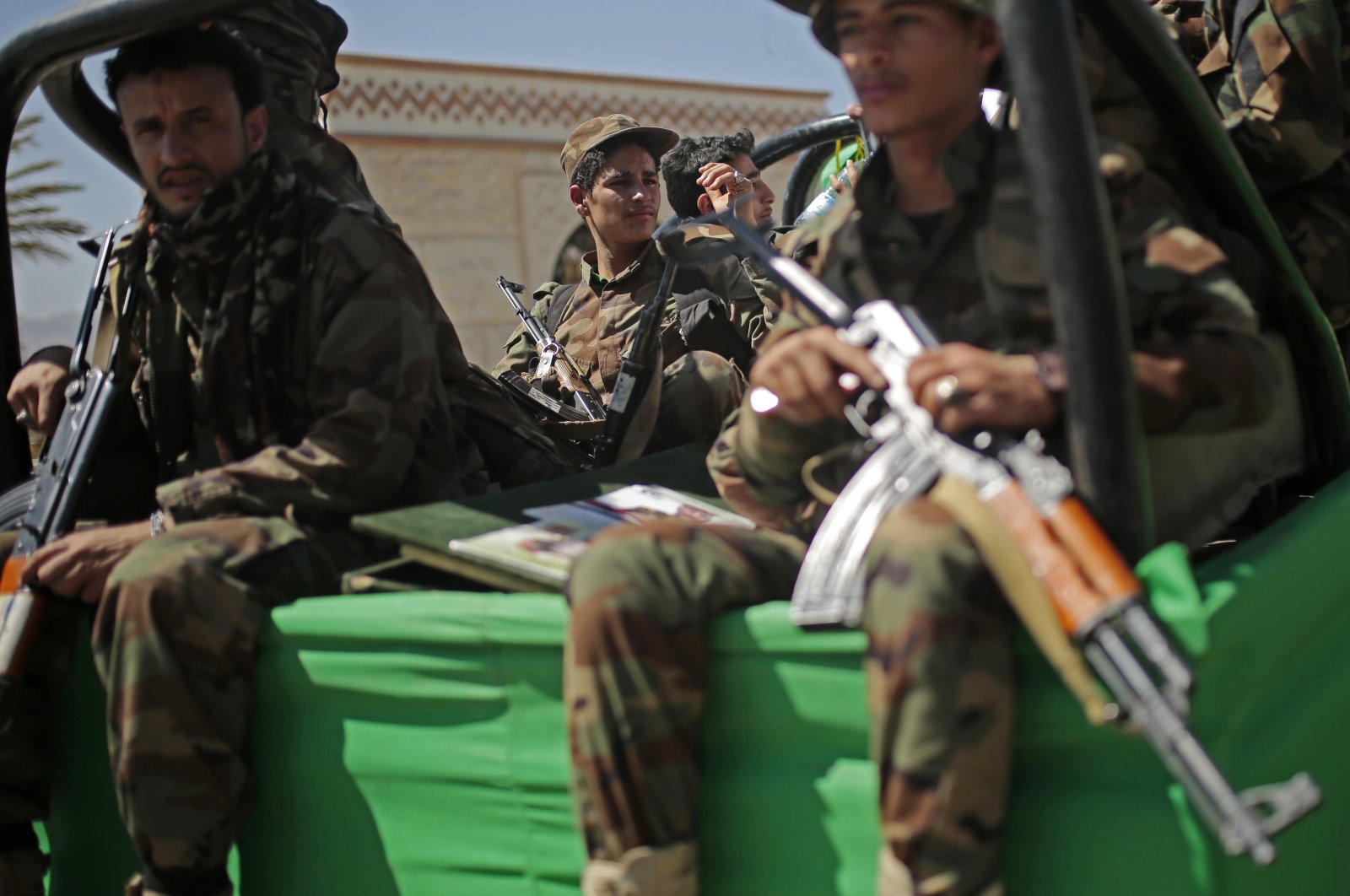 Houthi rebels ride on a vehicle during a funeral procession for Houthi fighters who were killed in recent fighting with forces of Yemen's Saudi-backed internationally recognized government, in Sanaa, Yemen, Feb. 16, 2021. (AP Photo)
by French Press Agency - AFP
Mar 21, 2021 2:34 pm

Yemen's Houthi rebels have admitted their forces caused a fire that killed 45 people at a migrant center earlier this month, saying more than a dozen soldiers and officials face punishment.

Houthi security forces had responded to a protest at a Sanaa holding facility on March 7 by launching three teargas canisters without obtaining permission from their command, according to a statement carried by the rebels' Saba news agency late Saturday.

"One of the three landed on a foam mattress, resulting in a fire that spread rapidly," it said.

The statement said 11 security personnel had been detained, along with a number of senior officials, and that they would be tried in court. The rebels said that 45 migrants – most of them Ethiopian – were killed and more than 200 injured in the incident.

The Houthi rebels, who are locked in a six-year conflict against the internationally recognized Yemeni government, had last week expressed "deep regret" over the incident at the Sanaa holding facility and vowed to investigate. The United Nations had also called for an independent probe into the blaze.

The U.N. envoy for Yemen, Martin Griffiths, told the U.N. Security Council that the "extraordinary, horrific fire" had reminded the world "of the plight of the migrant community."

Human Rights Watch (HRW) said the detainees had been protesting against overcrowding at the center when camp guards rounded up hundreds of them into a hangar before two projectiles were fired into the building.

Footage of the aftermath, which Agence France-Presse (AFP) obtained from a survivor, showed dozens of charred bodies piled on top of one another and strewn across the ground. One person was heard crying out in prayer.

The Iran-backed rebels control much of northern Yemen, including the capital Sanaa that was captured from the Saudi-backed government in 2014, sparking the devastating conflict. Despite warnings, migrants from the nearby Horn of Africa continue to transit through war-torn and impoverished Yemen, seeking a better life in wealthy neighboring Gulf Arab states.