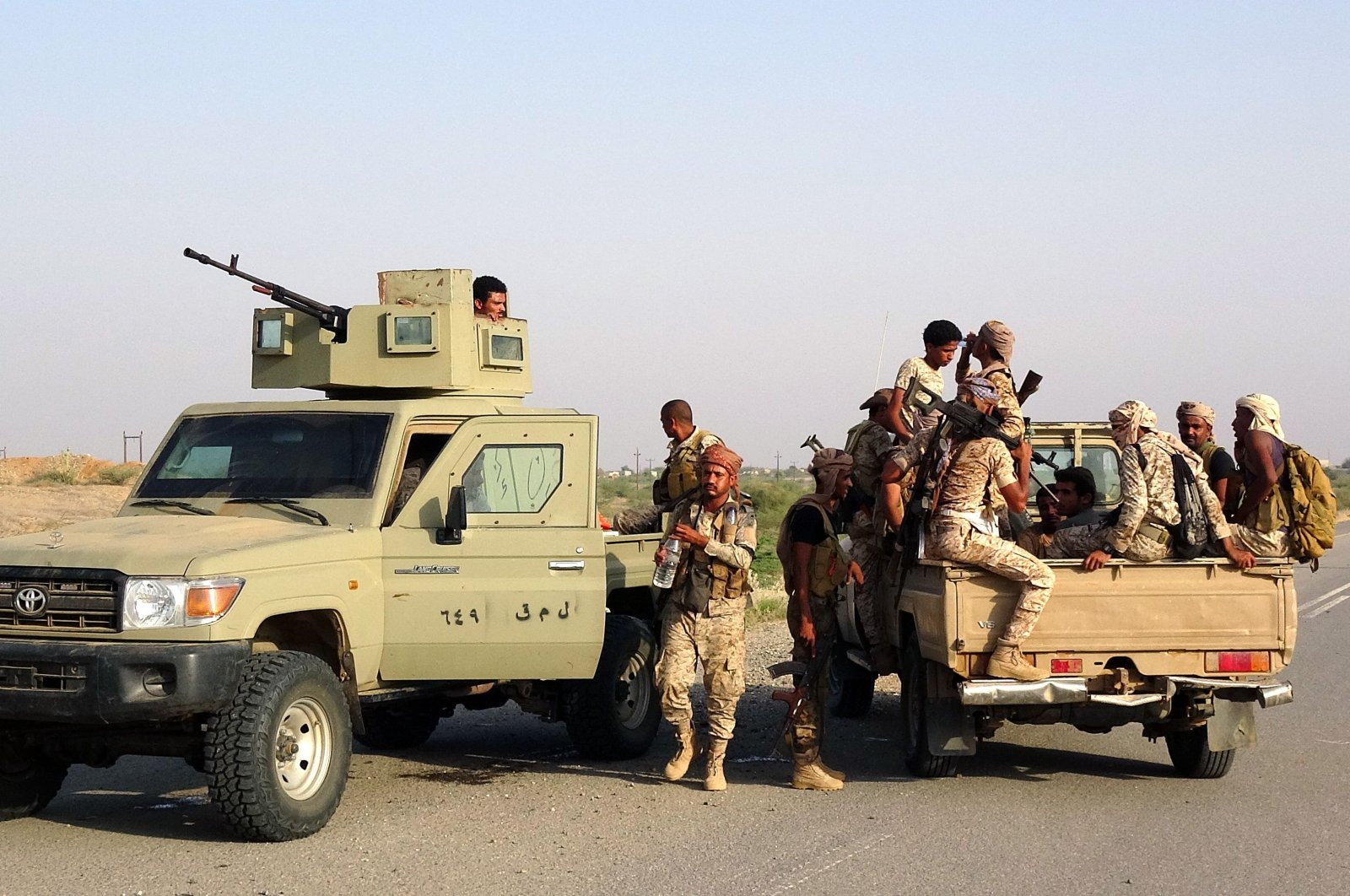 Forces of Yemen’s internationally recognized government managed to retake swaths of territory from the Houthi rebels in the past days, officials and tribal leaders from both sides said Sunday.

Government forces earlier this month launched an offensive against rebel positions in the western Hajjah province, seizing control of over a dozen villages in Abs district, they said. The move is part of a drive toward the key port of Hodeida, which handles about 70% of Yemen’s commercial and humanitarian imports, reported The Associated Press (AP).

Clashes also raged in the mountainous Maqbana area in the province of Taiz, as government forces attempted to join troops on Yemen’s western coast, the officials added. The Saudi-led coalition also fighting against the Iranian-backed rebels launched several airstrikes on their positions in Hajjah and Taiz, they said.

More than four dozen fighters from the two sides were killed in Hajjah and Taiz in the past 24 hours, mostly from the Houthi side, they said, with over 100 others wounded. The officials spoke on condition of anonymity because they were not authorized to brief the media, while the tribal leaders did so for fear of reprisal.

Meanwhile, Yemen's Houthi forces fired a missile on Sunday at a school in the Taiz region where pro-government forces are stationed, killing 15 soldiers, as well as three children who were nearby, two residents and military sources said.

The residents told Reuters the children, two brothers and their relative, were in the area when the missile struck the school in Kadha district in the west of Taiz governorate.

Two military sources said 15 soldiers were killed. They said the school had previously been used by Houthi forces and was taken over after pro-government fighters seized Kadha last week.

A Houthi official did not immediately respond to a request for comment.

The internationally recognized government of Abed Rabbo Mansour Hadi has apparently sought to open new fronts to force the Houthis to halt their weekslong offensive on the central province of Marib, the government's last stronghold in Yemen’s northern half.

The rebels, however, did not make substantial progress on the ground, amid fierce resistance and heavy losses mostly from airstrikes by the Saudi-led coalition, which countered the Houthi advance in Marib.

The offensive on Marib has threatened to deteriorate the already severe humanitarian crisis in Yemen. Marib is sheltering about a million Yemenis who have fled Houthi offensives elsewhere in the country. The intensified fighting has come amid an international and regional diplomatic push to end the conflict.

The conflict in Yemen began with the 2014 takeover of the capital Sanaa by the Houthis. A Saudi-led coalition allied with the exiled Hadi has been fighting the rebels since March 2015.

The war in Yemen has spawned the world’s worst humanitarian crisis, leaving millions suffering from food and medical shortages. It has killed some 130,000 people, including fighters and civilians, according to a database project that tracks the violence.