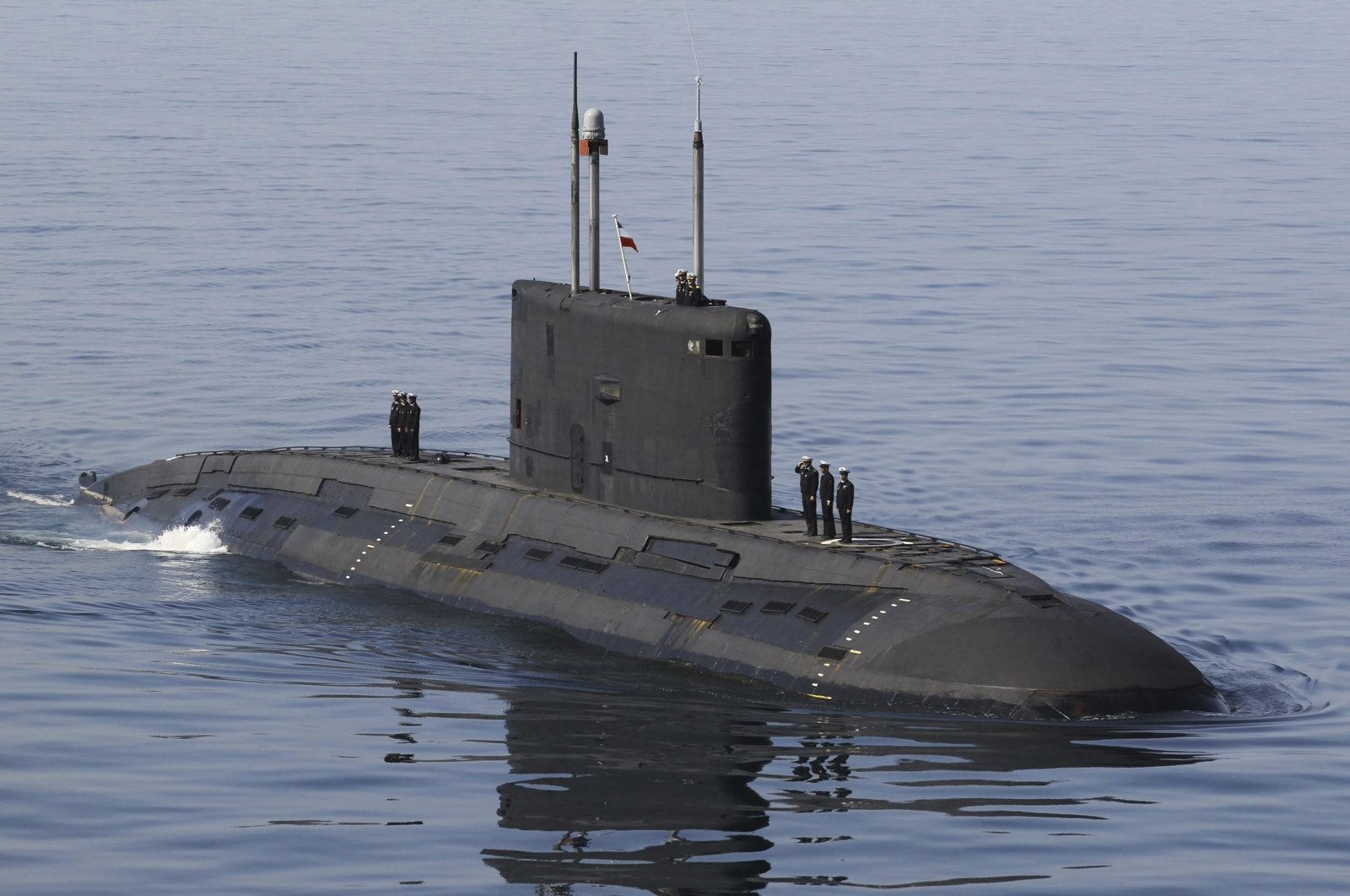 Iranian military personnel stand on a submarine during a naval parade on the last day of the Velayat-90 war game in the Sea of Oman near the Strait of Hormuz in southern Iran on Jan. 3, 2012. (Reuters Photo)
by Agencies Sep 10, 2020 11:12 am
RECOMMENDED

Iran’s military Thursday began an expansive annual three-day exercise near the strategic Strait of Hormuz, state TV reported, with the maneuvers taking place amid heightened tensions between the Islamic Republic and the United States.

Units from the navy and air force and ground forces are participating in a nearly 2 million-square-kilometer (772,200-square-mile) area of the Gulf of Oman. State TV said Iranian submarines and drones were being deployed.

Sayyari’s comments hinted at the threat of military conflict amid tensions between Iran and the U.S., which has sought to extend a years-long U.N. weapons embargo on Tehran that is due to expire in October.

Last month, U.S. Central Command published a black-and-white video showing what appeared to be Iranian special forces fast-roping from a helicopter onto the oil tanker MT Wila, whose last position appeared to be off the eastern coast of the United Arab Emirates near the city of Khorfakkan. Iranian state television later acknowledged the brief seizure, referring to the operation as a routine inspection without elaborating.

In July, Iran’s paramilitary Revolutionary Guard fired a missile from a helicopter targeting a replica of a U.S. aircraft carrier in the Strait of Hormuz in an exercise aimed at threatening the U.S.

In January, a U.S. drone strike killed a top Iranian general at the Baghdad airport and Tehran responded by firing ballistic missiles at American forces in Iraq. Iran’s navy operates in the Gulf of Oman on the eastern side of the strait, through which 20% of all oil shipping passes.

Tensions have risen between Tehran and Washington since 2018, when the United States withdrew from a 2015 nuclear pact between Iran and six major powers, and reimposed sanctions. Iran has threatened to block the Strait if its crude exports were shut down by U.S. sanctions.