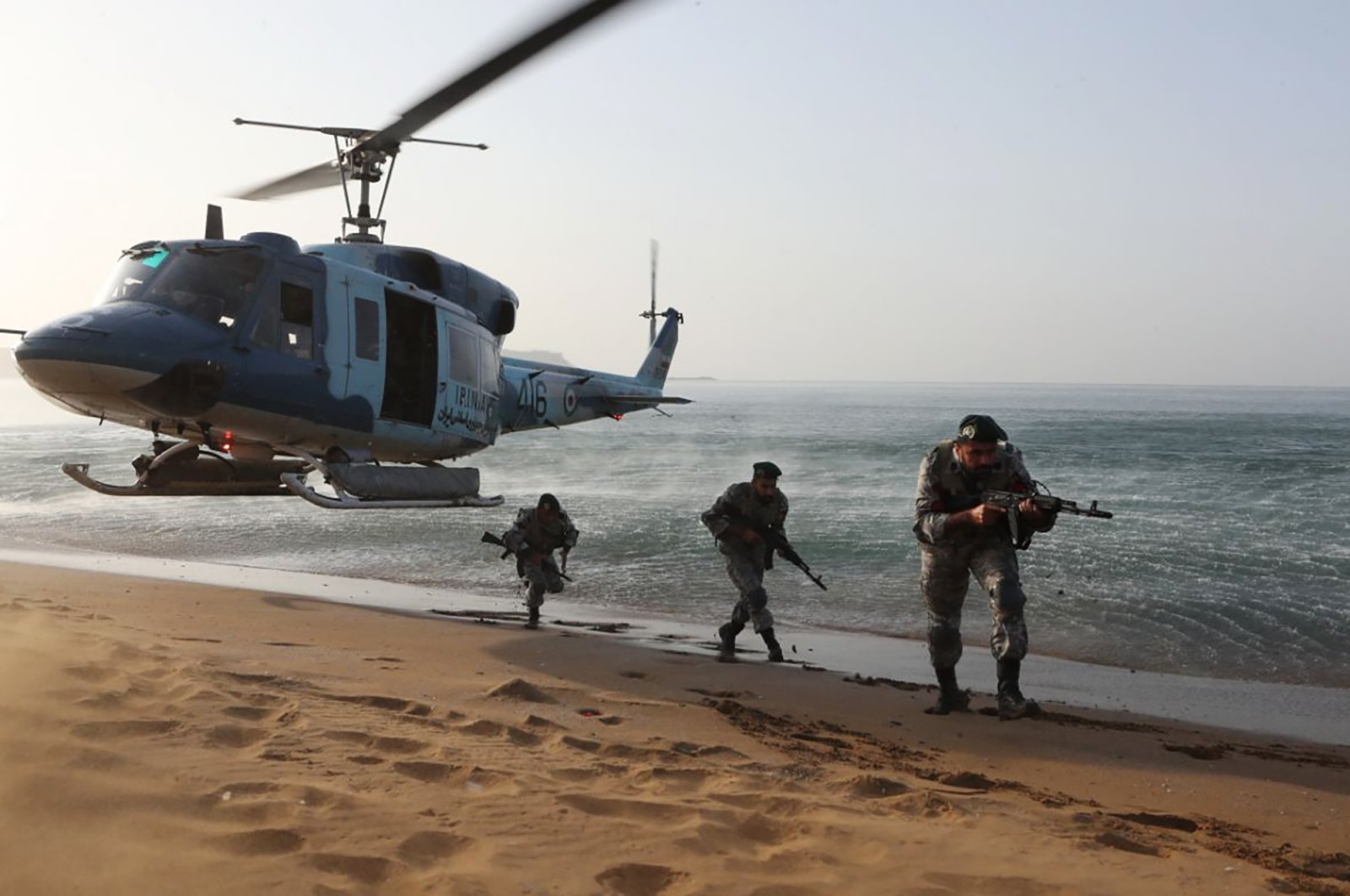 In this picture released by the Iranian Army, troops attend a maneuver in a coastal area in southeastern Iran, Nov. 7, 2021. (Iranian Army via AP)
by ASSOCIATED PRESS Nov 07, 2021 11:07 am
RECOMMENDED

Iran’s military began its annual war games in a coastal area of the Gulf of Oman, state TV reported Sunday, less than a month before upcoming nuclear talks with the West are set to resume.

The report said navy and air force units as well as ground forces were participating in a more than 1 million square-kilometer (386,100 square-mile) area east of the strategic Strait of Hormuz.

Nearly 20% of all oil shipping passes through the strait to the Gulf of Oman and Indian Ocean.

The drill comes amid heightened tensions between Iran and the U.S. in the wake of former President Donald Trump’s unilateral withdrawal of the U.S. from Iran’s 2015 nuclear deal with world powers.

State TV said brigades including commandos and airborne infantry deployed for the annual exercise. Fighter jets, helicopters, military transport aircraft, submarines and drones were also expected to take part in the drill. It wasn't immediately clear how long the exercise would last.

U.S. officials said last week that Iran had seized a Vietnamese-flagged oil tanker in the Gulf of Oman last month and was still holding the vessel in its port.

Iran offered conflicting accounts of what happened, claiming that elite Revolutionary Guard commandos had thwarted a U.S. seizure of a tanker carrying Iranian oil in the Gulf of Oman and freed the vessel. It aired dramatic footage on state television but did not further explain the incident.

The nuclear deal, known as the Joint Comprehensive Plan of Action, or JCPOA, promises Iran economic incentives in exchange for limits on its nuclear program, and is meant to prevent Tehran from developing a nuclear bomb.

After the U.S. withdrew from the deal in 2018 and restored sanctions on Iran, the Islamic Republic gradually – and publicly – abandoned the deal’s limits on its nuclear development.

Iran says its stockpile of 20% enriched uranium has reached over 210 kilograms (463 pounds), the latest defiant move ahead of upcoming nuclear talks with the West.

Under the historic nuclear deal, Iran was prohibited from enriching uranium above 3.67%. Enriched uranium above 90% can be used for nuclear weapons, though Tehran insists its nuclear program is peaceful.

After months of delays, the European Union, Iran and the U.S. announced last week that indirect talks to resuscitate the deal would resume Nov. 29 in Vienna, Austria.