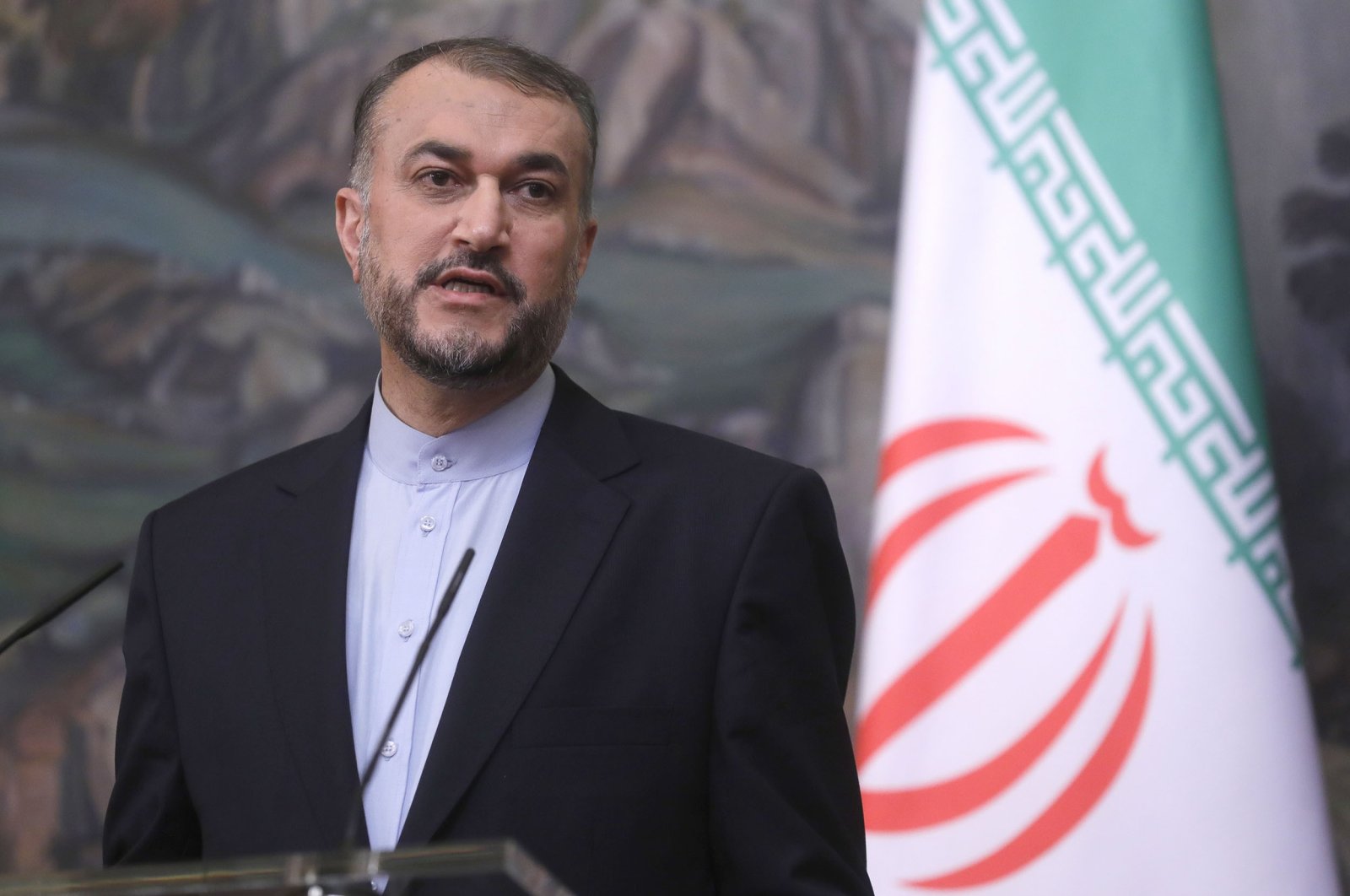 Khatibzadeh only spoke of talks with the EU, rather than the direct parties to the 2015 deal, suggesting that a lawmaker on Sunday misquoted Foreign Minister Hossein Amir-Abdollahian in citing him as saying that the Brussels talks would be with the "P4+1."

The "P4+1" represent four U.N. Security Council permanent members – Britain, China, France and Russia – along with Germany. These nations are the remaining parties to the 2015 deal with Iran, after the U.S. pulled out in 2018 under then-President Donald Trump.

The deal, which gave Iran sanctions relief in return for curbs on its nuclear activities, has been on life support since the U.S. withdrawal, which was followed by Washington reimposing biting sanctions on Tehran, which has incrementally rolled back its commitments.

Talks got underway in Vienna in April in a bid to revive the deal, after Trump's successor President Joe Biden signaled a willingness to come back on board. But they have been suspended since June, when Ebrahim Raisi was elected president of Iran.

The Vienna agreement was designed to prevent Iran from building a nuclear bomb in exchange for sanctions relief. However, Iran has been steadily increasing its violations of the deal, increasing its uranium enrichment from the permitted 3.67% to 60%, sparking concerns it is coming closer to building weapons.

Iran has repeatedly said in recent weeks that it is seeking to return to full talks soon in Vienna with the P4+1, but has set no date for doing so, amid growing impatience from the other side. The U.S. has only participated indirectly in the Vienna talks, as the P4+1 seek both to bring Washington back into the agreement and persuade Iran to return to its nuclear commitments.

Tehran demands that Washington terminate sanctions ahead of any return to its own commitments. Khatibzadeh said Monday that "obstacles and challenges behind the lack of progress in six rounds of talks in Vienna must be discussed" with the EU in Brussels.

"During the last negotiations in Vienna (between April and June), there were differences that we still need to resolve with the EU ahead of the new round of talks," Khatibzadeh said, according to remarks carried by the Deutsche Presse-Agentur (dpa). Khatibzade said Iran has no preconditions for the nuclear negotiations, but Biden to act differently from his predecessor Trump in this regard.

Meanwhile, EU spokesperson Nabila Massrali told Agence France-Presse (AFP) that the EU will not hold talks in Brussels on Thursday.

"There will not be a meeting Thursday," Massrali said. "At this stage, we cannot confirm if or when a meeting will take place," she added.

Earlier on Monday EU foreign policy chief Josep Borrell said that there was "hope that we will have preparatory meetings in Brussels in the days to come, but I cannot be sure of that."