Iran launched drone attack on US base in Syria last week: Officials 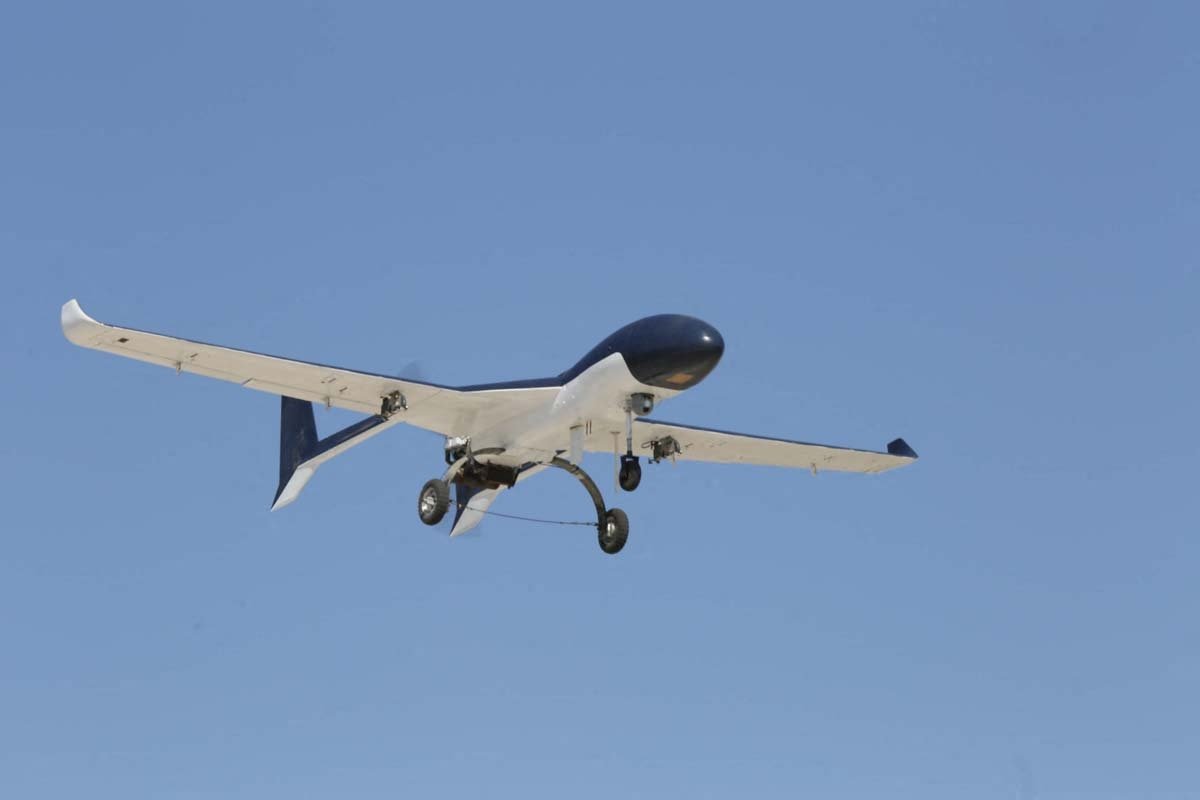 This handout photo made available by the Iranian Army press office on Oct. 21, 2021 shows a military drone flying above an undisclosed location in Iran during a military exercise. (Photo by Iranian Army office / AFP)
by ASSOCIATED PRESS Oct 25, 2021 11:37 pm
RECOMMENDED

Iran was behind the drone attack last week against an American military outpost in southern Syria, United States officials said on Monday.

The U.S. believes that Iran resourced and encouraged the attack, but that the drones were not launched from Iran. They were Iranian drones, and Iran appears to have facilitated their use, officials said, speaking on condition of anonymity to discuss details that have not been made public.

Officials said they believe the attacks involved as many as five drones laden with explosive charges, and that they hit both the U.S. side of al-Tanf garrison and the side where Syrian opposition forces stay.

There were no reported injuries or deaths as a result of the attack.

U.S. and coalition troops are based at al-Tanf to train Syrian forces on patrols to counter Daesh militants. The base is also located on a road serving as a vital link for Iranian-backed forces from Tehran all the way to southern Lebanon and Israel.

Pentagon spokesperson John Kirby declined to provide details when asked about the report during a news conference Monday. He called it a “complex, coordinated and deliberate attack” and said the U.S. has seen similar ones before from Shia militia groups that are backed by Iran. But he would not go into specifics and said he had no update on the munitions used in the attack.

Kirby also declined to say if troops were warned ahead of time or whether the U.S. intends to make a military response.

“The protection and security of our troops overseas remains a paramount concern for the secretary,” Kirby said, referring to Defense Secretary Lloyd Austin, “and that if there is to be a response, it will be at a time and a place and a manner of our choosing, and we certainly won't get ahead of those kinds of decisions.”

Pro-Iran media outlets have been saying that the attack on Tanf was carried out by “Syria’s allies” – an apparent reference to Iran-backed groups – in retaliation for an attack days earlier near the historic Syrian town of Palmyra. Israel has been blamed for the attack, but U.S. officials say America was not involved with it.

“You can consider that the strike on Tanf was an implementation” of previous promises by Syrian allies to retaliate for Palmyra, according to an official with the so-called Axis of Resistance, an anti-Western political-military alliance that includes Iran, Syria, Hezbollah and other groups fighting alongside Syrian regime leader Bashar Assad's forces.

The al-Tanf attack came in a period of rising tensions with Iran. The Biden administration this week said international diplomatic efforts to get Iran back into negotiations to return to a 2015 nuclear deal were at a “critical place” and that patience is wearing thin.

The last major Iranian attack on U.S. forces was in January 2020, when Tehran launched a barrage of ballistic missiles on Ain al-Asad air base in Iraq. U.S. and coalition troops were warned of the incoming missiles and were able to take cover, but more than 100 U.S. service members received traumatic brain injuries as a result of the blasts.

That attack by Iran was in response to the U.S. drone strike earlier that month near the Baghdad airport that killed Iranian Gen. Qassem Soleimani and Iraqi militia leader Abu Mahdi al-Muhandis.