Iran moves fake US aircraft carrier to Strait of Hormuz 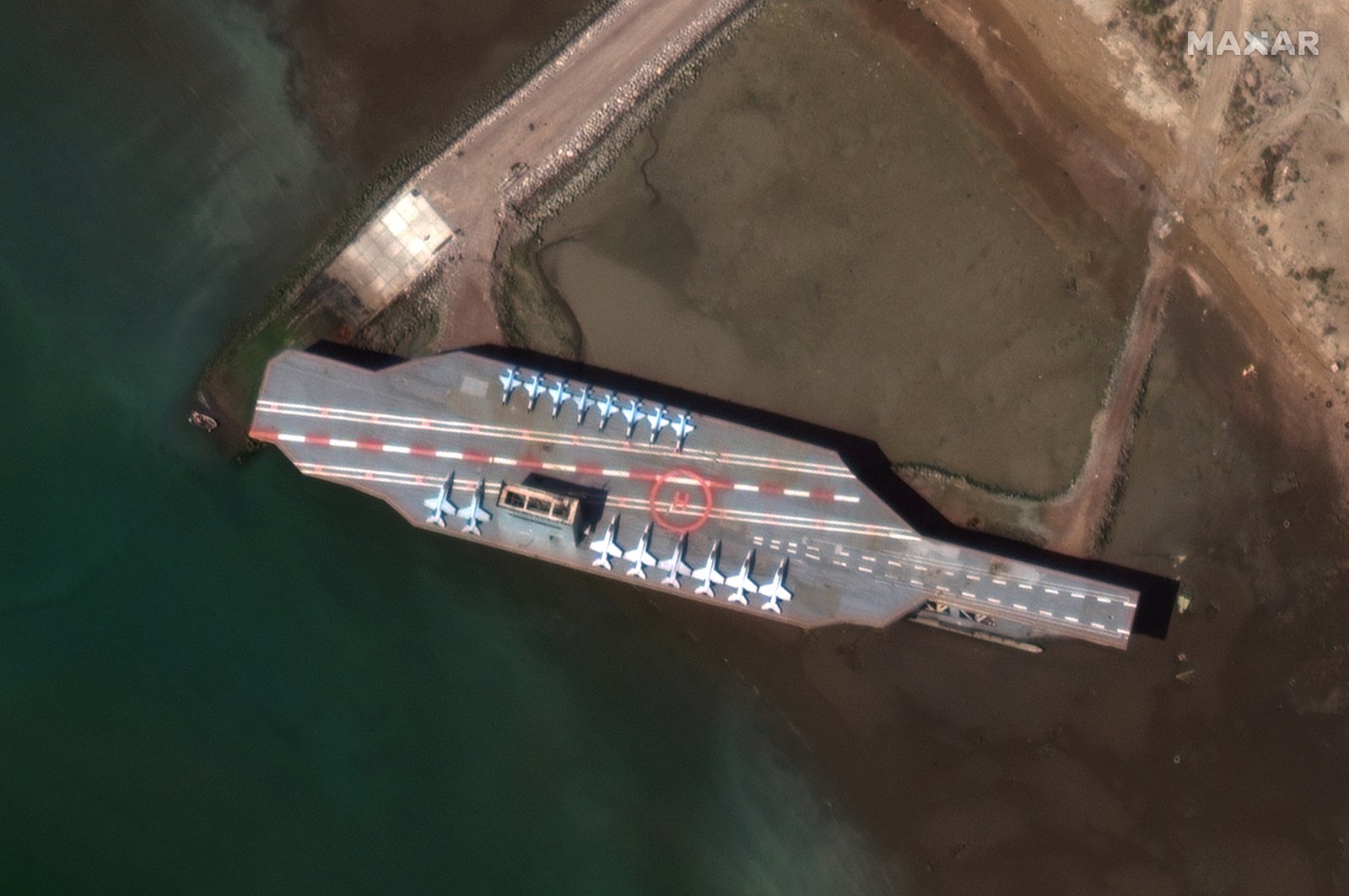 Iran has moved a mock-up U.S. aircraft carrier to the Strait of Hormuz, satellite images show, suggesting it will use the look-alike vessel for target practice in war games in a Persian Gulf shipping channel vital to world oil exports.

The use of dummy American warships has become an occasional feature of training by Iran's Revolutionary Guard and its naval forces, including in 2015 when Iranian missiles hit a mock-up resembling a Nimitz-class aircraft carrier.

Tehran, which opposes the presence of U.S. and Western navies in the gulf, frequently holds naval war games in the strait, the conduit for some 30% of all crude and other oil liquids traded by sea.

One of the images taken on July 26 by U.S. space technology firm Maxar Technologies showed an Iranian fast-attack boat moving toward the model U.S. carrier in the strategic waterway. Another image showed model planes lined up on the deck of the fake carrier.

"We cannot speak to what Iran hopes to gain by building this mock-up, or what tactical value they would hope to gain by using such a mock-up in a training or offensive exercise scenario," said Commander Rebecca Rebarich, the spokeswoman for the U.S. Navy’s Bahrain-based Fifth Fleet.

"We remain confident in our naval forces' ability to defend themselves against any maritime threat."

Tensions have spiked between Iran and the United States since 2018 when U.S. President Donald Trump withdrew from Iran's 2015 nuclear deal with six powers and reimposed sanctions that have sharply dropped Tehran's oil exports.

Iran's Revolutionary Guard in April said Tehran would destroy U.S. warships if its security is threatened in the gulf. Iranian officials have repeatedly threatened to block Hormuz if Iran is not able to export oil or if its nuclear sites are attacked.

There have been periodic confrontations between the Revolutionary Guard and the U.S. military in the gulf in recent years. U.S. officials have said closing the strait would be crossing a "red line" and America would take action to reopen it.

Iran cannot legally close the waterway unilaterally because part of it is in Omani territorial waters. However, ships that sail it pass through Iranian waters, which are under the responsibility of Iran's naval force.