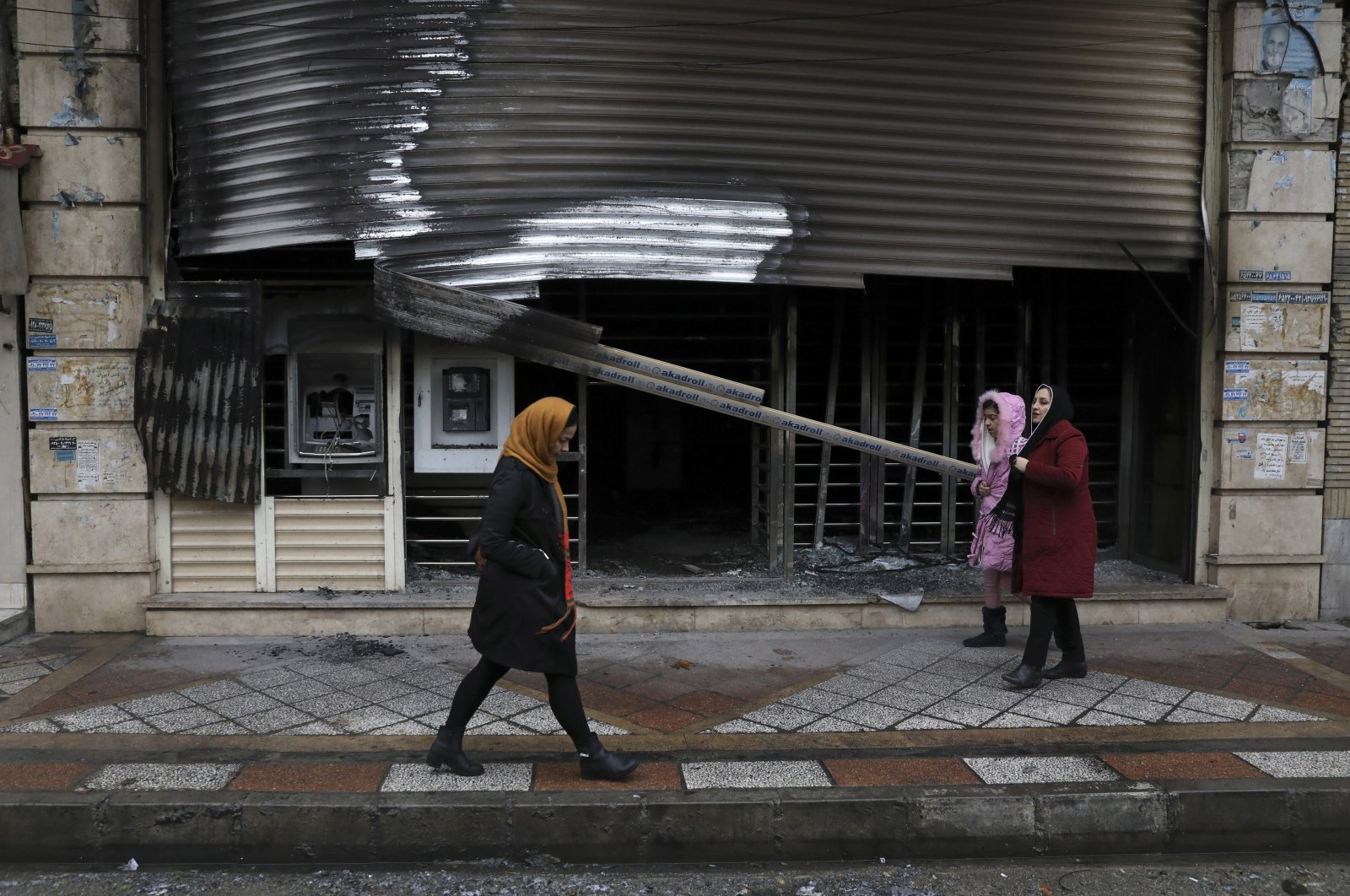 People walk past a bank that was burned during protests over government-set gasoline prices, Shahriar, Iran, Nov. 20, 2019. (AP Photo)
by DAILY SABAH WITH AGENCIES Jun 02, 2020 11:46 am
RECOMMENDED

An Iranian lawmaker said Monday that 230 people were killed in November’s anti-government protests in Iran, the first time a death toll figure for November’s protests has been released by an Iranian prominent lawmaker. The unrest was the most widespread and violent Iran had seen since the Islamic Revolution in 1979.

IRNA quoted lawmaker Mojtaba Zolnouri, the head of the influential parliamentary committee for national security and foreign policy, as saying, “The incidents saw 230 killed." However, Tehran has yet to release any official statistics about the scale of the unrest, though two weeks ago the government acknowledged that the security forces shot and killed protesters.

The protests erupted on Nov. 15 in Tehran and rapidly spread to at least 100 cities and towns, with petrol pumps torched, police stations attacked and shops looted, before being put down by security forces amid a near-total internet blackout. After the Iranian government raised fuel prices by 50%, thousands of protesters took to the streets to protest the government. Reportedly, the police did not refrain from using live bullets. U.S. sanctions have already deteriorated the economic situation. But Iran’s trans-border activities also increase the burden on the country’s economy.

Officials had repeatedly denied death tolls given by foreign media and human rights groups as "lies" and passed the responsibility of reporting on it between different state bodies.

According to Amnesty International, at least 304 people were killed during the unrest. A group of independent U.N. rights experts said in December that based on unconfirmed reports, more than 400 people could have been killed in the crackdown. The experts said at the time that at least 12 of those killed were children.

They pointed to reports and footage apparently showing that security forces "not only fired live ammunition at unarmed protesters but also aimed at their heads and vital organs."

The U.S. has claimed that more than 1,000 were killed in the violence. Iran has blamed the violence that broke out during the protests on "thugs" backed by its foes the U.S., Israel and Saudi Arabia. It has singled out exiled royalists and the People's Mujahedeen of Iran (MEK), an exiled former rebel group which it considers a "terrorist cult."