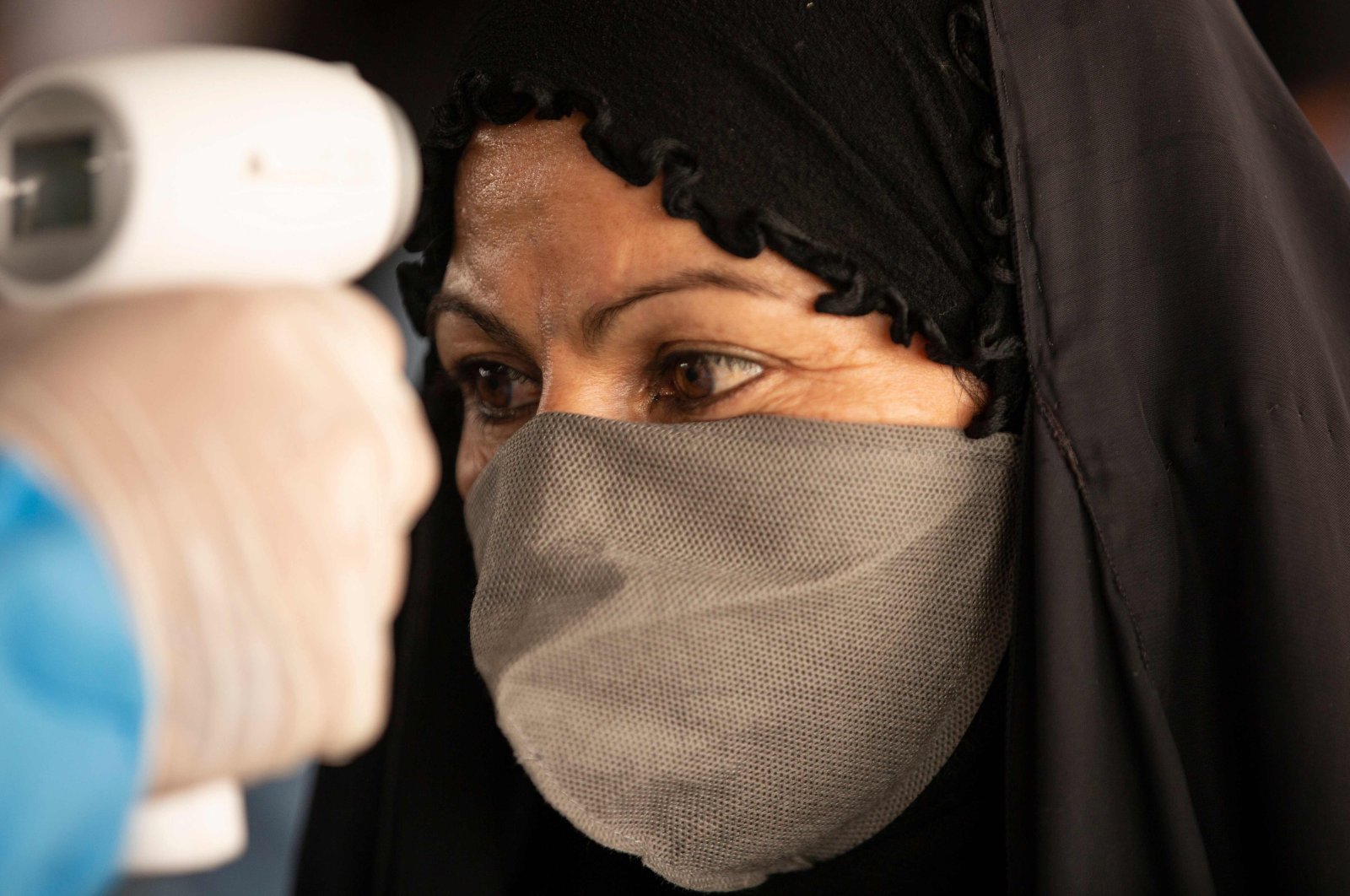 An Iraqi woman who had been stranded in Iran due to the coronavirus pandemic, gets her temperature checked by a health worker upon her arrival to Iraq via the Al-Shalamija border crossing, west of the southern city of Basra, Iraq, May 27, 2020. (AFP Photo)
by Agencies
Jun 01, 2020 1:19 pm

Iran on Monday confirmed almost 3,000 new coronavirus infections, its highest daily count in two months, as it warned of "another dangerous peak" in the Middle East's deadliest outbreak.

"People seem to think the coronavirus is over ... Some officials also believe everything" is back to normal, said Health Minister Saeed Namaki.

"The coronavirus is not only far from over, but we could at any moment see (another) dangerous peak," he said in a news conference broadcast on state TV.

The Islamic Republic, one of the worst-hit countries in the region, started easing its lockdown in April after a drop in deaths.

But May saw an uptick in the rate of reported infections compared with mid to late April – an acceleration the government put down to increased testing.

"The outbreak is not over yet, and at any moment it may come back stronger than before," Namaki said.

"If our people fail to respect the health protocols ... we must prepare ourselves for the worst situation."

Government employees went back to work and mosques resumed daily prayers on Saturday as part of the relaxation of the lockdown.

But authorities had to reimpose restrictions in the southern provinces of Khuzestan and Sistan Baluchestan in mid-May after an uptick of cases there.

"There is still a long way ahead of us in our fight against this virus ... All the health protocols should be respected," the health minister said.

Yet according to President Hassan Rouhani, Iran was in "an acceptable situation" which is "not even fragile" anymore.

Rouhani said COVID-19's reproduction number used to be more than two in Iran but that it was now "less than one."

Such a rate suggests a virus is petering out, according to scientists.

Experts both at home and abroad have voiced skepticism about Iran's official figures, saying the real toll could be much higher.