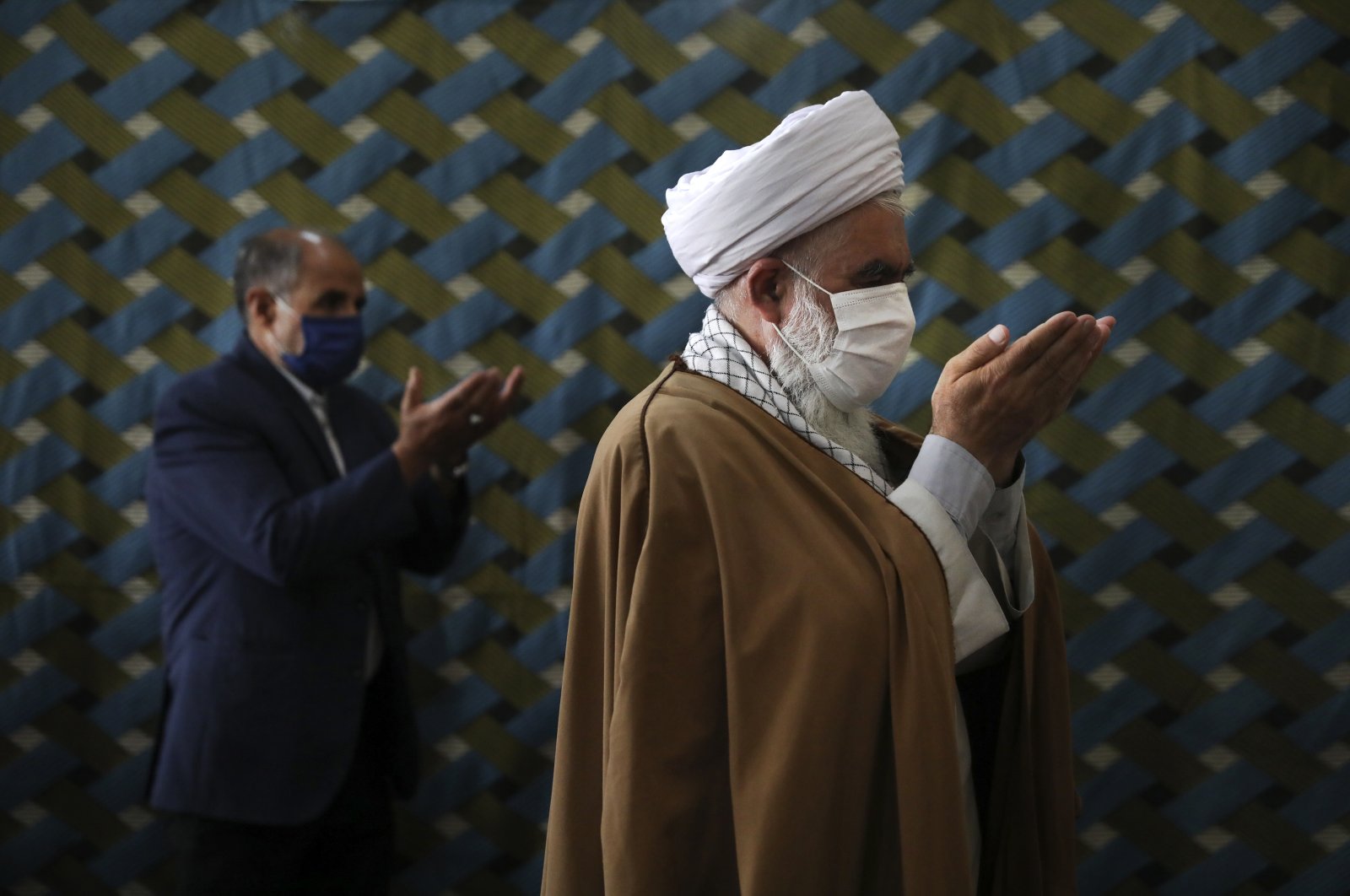 A cleric wearing a protective face mask to help prevent the spread of the coronavirus, leads the noon prayer at a mosque in the the city of Zanjan, some 330 kilometers west of capital Tehran, Iran, July 5, 2020. (AP Photo)
by REUTERS Jul 07, 2020 1:50 pm

Iran has recorded its highest number of deaths from COVID-19 within a 24-hour period, Health Ministry figures showed on Tuesday.

The 200 deaths reported on Tuesday exceed the previous record from Sunday, when the ministry reported 163 deaths in a day.

The country has recorded a total of 11,931 deaths and 245,688 infections from the coronavirus, ministry spokeswoman Sima Sadat Lari said in a statement on state TV.

The number of new daily infections and deaths has increased sharply in the past week following the gradual lifting of restrictions that began in mid-April.

Iran was one of the hardest hit countries early in the pandemic. The highest number of deaths recorded in a day in that first phase was 158 on April 4.

President Hassan Rouhani on Saturday launched new measures to try to curb the renewed spread. Iranians who do not wear masks will be denied state services, and workplaces that fail to comply with health protocols will be shut for a week, he said.