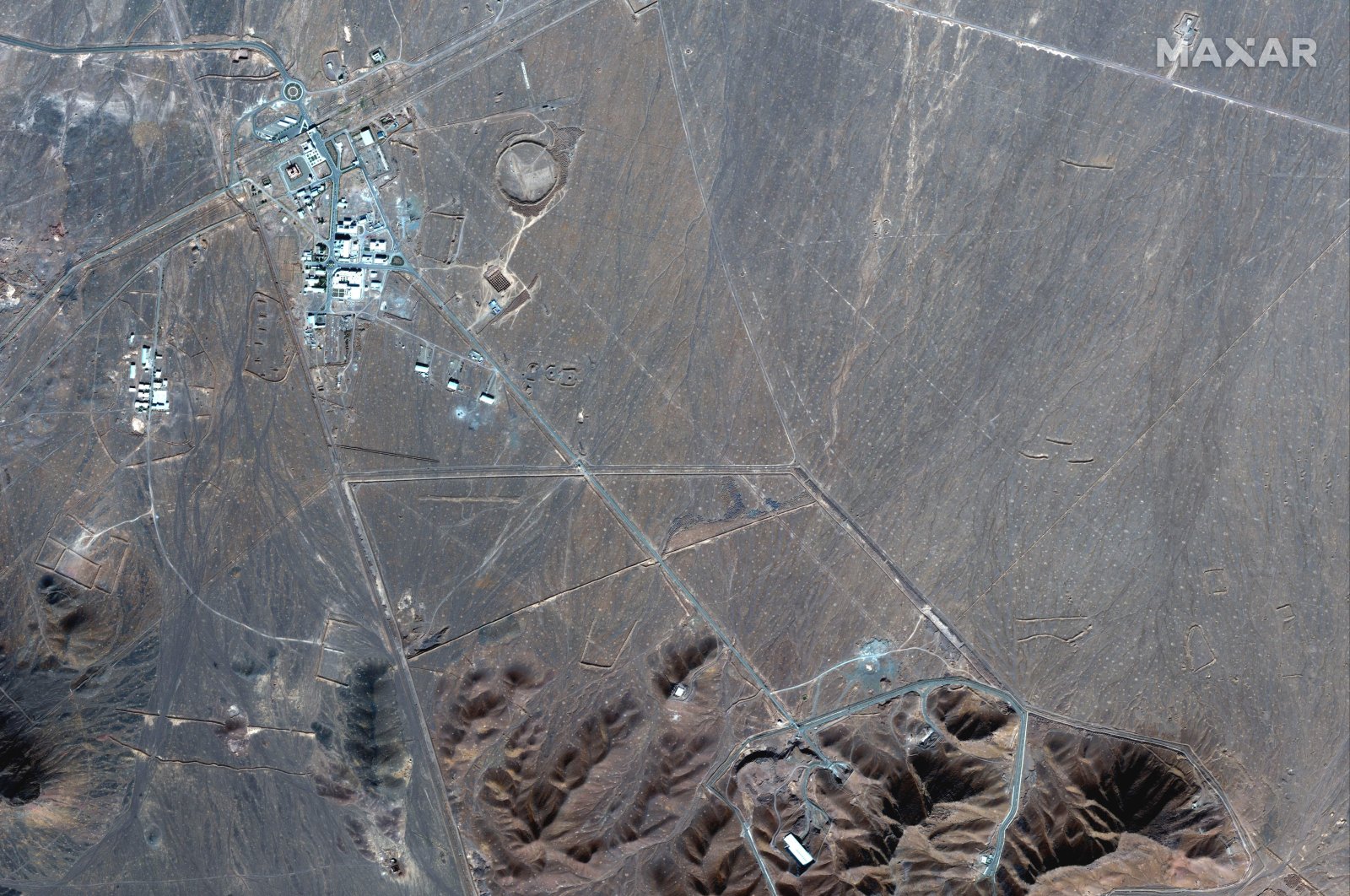 Iran on Monday began enriching uranium up to 20% at an underground facility and seized a South Korean-flagged oil tanker in the crucial Strait of Hormuz, further escalating tensions in the Middle East between Tehran and the West.

The announcement of enrichment at Fordo came as fears rose that Tehran had seized the MT Hankuk Chemi.

Iran later acknowledged the seizure, alleging the vessel's "oil pollution" sparked the move. However, hours earlier, Tehran said a South Korean diplomat was expected to visit in the coming days to negotiate the release of billions of dollars in its assets now frozen in Seoul. The dual incidents come amid heightened tensions between Iran and the U.S. in the waning days of President Donald Trump's term in office. During Trump's tenure, the U.S. leader unilaterally withdrew from Tehran's nuclear deal with world powers in 2018 and set off months of tense episodes that increasingly strained relations between the countries.

Iranian state television quoted spokesperson Ali Rabiei as saying that President Hassan Rouhani had given the order for the move at the Fordo facility. Iran’s decision to begin enriching to 20% purity a decade ago nearly triggered an Israeli strike targeting its nuclear facilities, tensions that only abated with the 2015 atomic deal. A resumption of 20% enrichment could see that brinksmanship return as that level of purity is only a technical step away from weapons-grade levels of 90%.

From Israel, which has its own undeclared nuclear weapons program, Prime Minister Benjamin Netanyahu criticized Iran’s enrichment decision, saying it "cannot be explained in any way other than the continuation of realizing its goal to develop a military nuclear program."

"Israel will not allow Iran to manufacture a nuclear weapon," he added.

Tehran has long maintained its nuclear program is peaceful. The U.S. State Department says that as late as last year, it "continued to assess that Iran is not currently engaged in key activities associated with the design and development of a nuclear weapon."

Iran’s move comes after its parliament passed a bill, later approved by a constitutional watchdog, aimed at hiking enrichment to pressure Europe into providing sanctions relief. It also serves as pressure ahead of the inauguration of President-elect Joe Biden, who has said he is willing to reenter the nuclear deal. Iran informed the International Atomic Energy Agency (IAEA) last week that it planned to take the step.

The IAEA said Monday that "agency inspectors have been monitoring activities" at Fordo and that its director-general Rafael Mariano Grossi planned to issue a report to member nations of the United Nations organization later in the day.

Meanwhile, satellite data from MarineTraffic.com showed the MT Hankuk Chemi off the Iranian port city of Bandar Abbas on Monday afternoon, with no explanation as to the abrupt change in the vessel's path. It had been traveling from a petrochemicals facility in Jubail, Saudi Arabia, to Fujairah in the United Arab Emirates (UAE).

The vessel had been carrying an unknown chemical shipment, according to data-analysis firm Refinitiv. Calls to South Korea's Foreign Ministry and the ship’s listed owner, DM Shipping Co. Ltd. of Busan, South Korea, were not immediately answered after business hours Monday. Iran did not acknowledge the vessel's location.

Iran's semiofficial news agencies reported that authorities had arrested the crew members on the seized vessel, noting that they were citizens of Korea, Indonesia, Myanmar and Vietnam. The Iranian report did not say how many sailors were on board, but Dryad Global, a maritime security firm, earlier said the ship had 23 sailors from Indonesia and Myanmar.

The vessel had been carrying 7,200 tons of ethanol, according to state TV-affiliated news sites. The United Kingdom Marine Trade Operations, an information exchange overseen by the British royal navy in the region, acknowledged an "interaction” between a merchant vessel and Iranian authorities in the Strait of Hormuz, the narrow mouth of the Persian Gulf through which 20% of all the world's oil passes. As a result, the merchant vessel made an "alteration of course" north into Iran’s territorial waters, the UKMTO said.

Over the past months, Iran has sought to escalate pressure on South Korea to unlock some $7 billion in frozen assets from oil sales earned before the Trump administration tightened sanctions on the country’s oil exports. Cmdr. Rebecca Rebarich, a spokesperson for the U.S. Navy's Bahrain-based 5th Fleet, said authorities there were aware and monitoring the situation.

As the anniversary approached and fears grew of possible Iranian retaliation, the U.S. dispatched B-52 bombers over the region and ordered a nuclear-powered submarine into the Persian Gulf. In a further sign of U.S.-Iran tension, acting U.S. Defense Secretary Christopher Miller announced late Sunday that he changed his mind about sending the aircraft carrier USS Nimitz home from the Middle East and instead will keep the vessel on duty. He cited Iranian threats against President Trump and other U.S. government officials as the reason for the redeployment, without elaborating.

Last week, sailors discovered a limpet mine stuck on a tanker in the Persian Gulf off Iraq near the Iranian border as it prepared to transfer fuel to another tanker owned by a company traded on the New York Stock Exchange. No one has claimed responsibility for the mining, though it comes after a series of similar attacks in 2019 near the Strait of Hormuz that the U.S. Navy blamed on Iran.

Tehran denied involvement. In November, an Iranian scientist who founded the country’s military nuclear program two decades earlier was killed in an attack that Tehran blames on Israel.

Meanwhile, South Korea's foreign ministry on Monday demanded the "early release" of an oil tanker seized by Iran in Gulf waters for breaking maritime environmental laws.
"The foreign ministry... is demanding an early release of the vessel," it said in a statement, adding that it had confirmed the safety of the tanker's crew. Seoul dispatched its anti-piracy unit to the Gulf immediately after receiving reports the ship had been seized, according to the defence ministry.