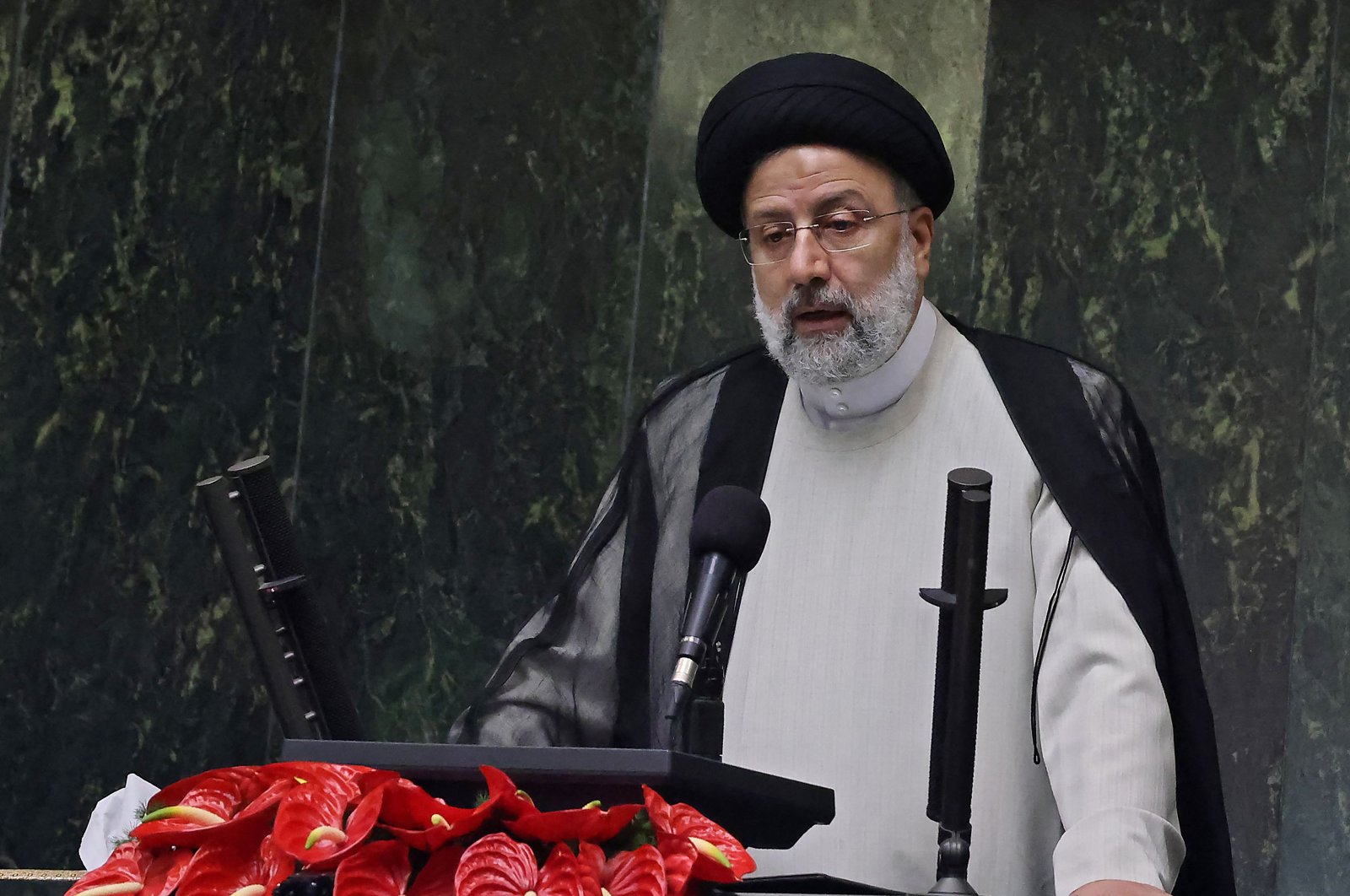 The protege of Iran’s supreme leader, Ebrahim Raisi, was sworn in as the Middle Eastern country's new president during a ceremony in parliament on Thursday, an inauguration that completes the hard-liners' dominance of all branches of government.

The former judiciary chief known for his distrust of the West takes the reins at a tense time. Iran's indirect talks with the U.S. to salvage Tehran’s landmark 2015 nuclear deal have stalled, as Washington maintains crippling sanctions on the country and regional hostilities simmer.

“The sanctions must be lifted,” Raisi said during his half-hour inauguration speech. “We will support any diplomatic plan that supports this goal.”

Wearing the traditional black turban that identifies him in the Shiite tradition as a "direct descendant" of Prophet Muhammad, Raisi recited the oath of office with his right hand on the Quran.

In his address, Raisi stressed his embrace of diplomacy to lift U.S. sanctions and mend rifts with neighbors, a subtle reference to Sunni rival Saudi Arabia. But he also signaled that Iran seeks to expand its power as a counterbalance to foes across the region.

“Wherever there is oppression and crime in the world, in the heart of Europe, in the U.S., Africa, Yemen, Syria, Palestine ... we will stand by the people,” he said, referring to Iran-backed militias like Yemen’s Houthi rebels and Lebanon’s Hezbollah. His voice rose with emotion, eliciting a clamor of approval from the audience. "The message of the election was resistance against arrogant powers.”

Raisi, who won a landslide victory in an election that saw the lowest voter turnout in the nation’s history, faces a mountain of problems – what he described on Thursday as “the highest level of hostilities by Iran's enemies, unjust economic sanctions, widespread psychological warfare and the difficulties of the coronavirus pandemic.”

Former President Donald Trump's decision to withdraw from Iran's nuclear deal in 2018 has led Tehran to abandon over time every limitation the accord imposed on its nuclear enrichment. The country now enriches a small amount of uranium up to 63%, a short step from weapons-grade levels, compared to 3.67% under the deal. It also spins far-more advanced centrifuges and more of them than allowed under the accord, worrying nuclear nonproliferation experts, though Tehran insists its program is peaceful.

Raisi, 60, a conservative cleric long cultivated by Supreme Leader Ayatollah Ali Khamenei, has promised to engage with the U.S. But he also has struck a hard-line stance, ruling out negotiations aimed at limiting Iranian missile development and support for regional militias – something the Biden administration wants to address.

The official proceedings in Tehran come just a week after a drone crashed into an oil tanker linked to an Israeli billionaire off the coast of Oman, killing two crew members.

The U.S., Israel and the United Kingdom blamed Iran for the raid and vowed a collective response, with Israel's defense minister on Thursday even warning the country is ready to strike Iran. Although Tehran denied involvement, the assault escalates a yearslong shadow war targeting commercial shipping in the Mideast and threatens to complicate efforts to revive the nuclear deal.

Thursday's inauguration ceremony, scaled back because of the coronavirus pandemic ravaging the country, still drew leaders and dignitaries from around the world. The presidents of Iraq and Afghanistan flew in for the occasion, along with Enrique Mora, the European Union official who has coordinated the recent nuclear negotiations in Vienna. Senior officials from Oman, Qatar, Kuwait, Venezuela and South Korea also attended.