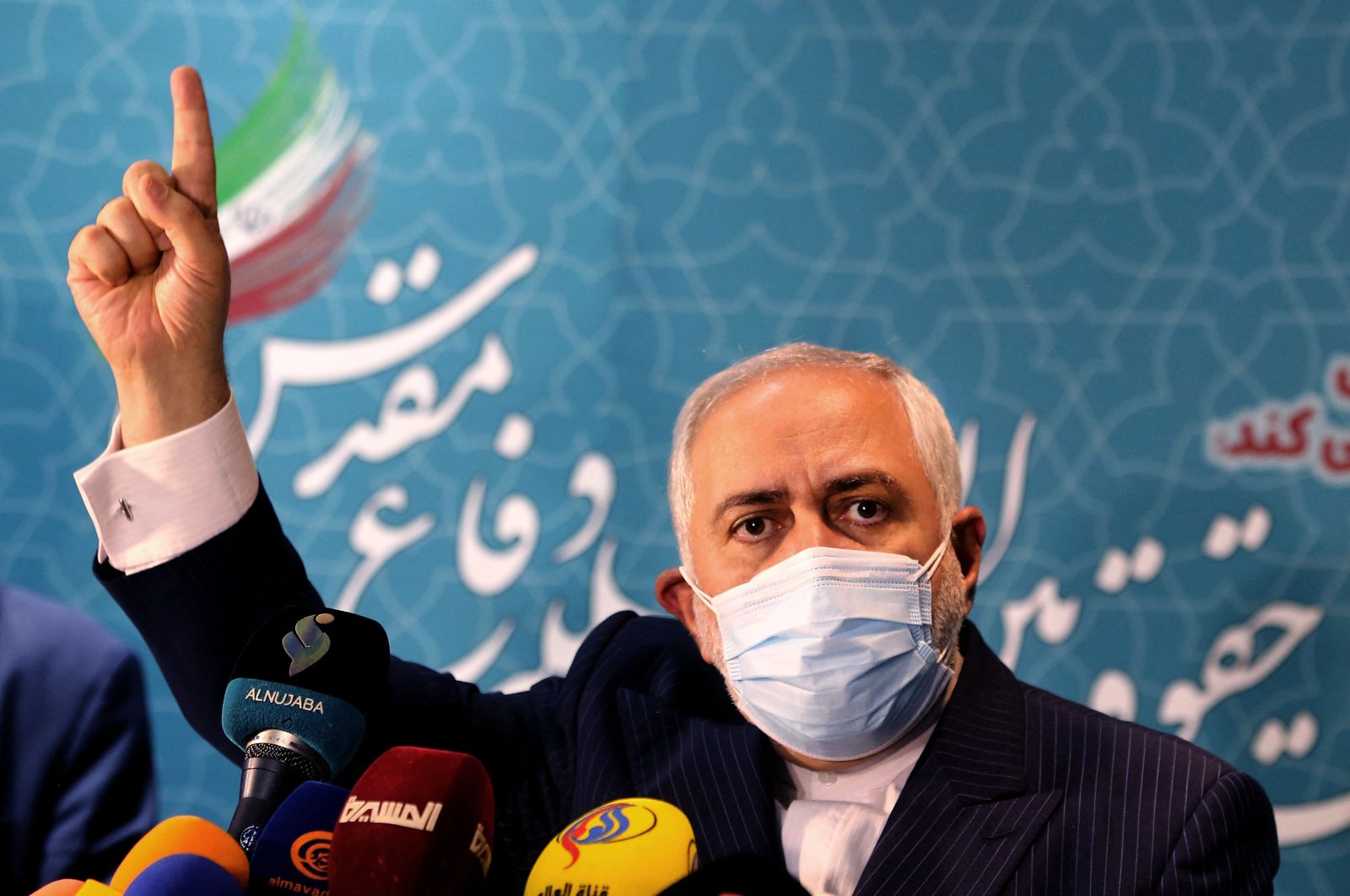 Iran announced Tuesday that the president has ordered an investigation to be launched into the "conspiracy" of the leaked audio recording in which Foreign Minister Mohammad Javad Zarif says the military was too influential in diplomacy.

President Hassan Rouhani ordered the probe to identify who leaked the "stolen" three-hour-long recording by top diplomat and member of his moderate government, Zarif, a government spokesperson said.

The tape, which comes ahead of presidential elections in June, has dominated the discussion in the Islamic republic since its publication by media outlets outside Iran Sunday.

"We believe this theft of documents is a conspiracy against the government, the system, the integrity of effective domestic institutions, and also against our national interests," government spokesperson Ali Rabiei told reporters.

"The president has ordered the intelligence ministry to identify the agents of this conspiracy," he added.

The file was "stolen for clear reasons," he said, without elaborating further.

Foreign ministry spokesperson, Saeed Khatibzadeh, did not deny the authenticity of the recording but said Monday that it was cut from a seven-hour interview that included "personal opinions."

Zarif did not comment on the controversy, but published Tuesday a brief audio message on Instagram, saying, "I believe you should not work for history ... I say that, don't worry about history so much, but worry about God and the people."

He did not specify when he recorded this message.

The leaked remarks sparked harsh criticism from conservative media and politicians, with the mention of Iran's slain general Qasem Soleimani, hitting a nerve.

The leak and probe come ahead of presidential elections on June 18, which will see the moderate Rouhani step down after two terms in office and after conservatives fared well in parliamentary elections last year.

The ultra-conservative Vatan-e Emrooz newspaper published a large black and white picture of Zarif on its front page, with the headline, "Despicable," written in red.

"Diplomacy must follow the path of increasing the system's power," it said, criticizing Zarif's comments regarding the military.

It added that his stance confirmed that "America's constant demand about negotiating Iran's regional power and missile capabilities" stemmed from Iranian diplomats' "wishes and cooperation with this demand."

The Javan daily said Soleimani was "physically assassinated (upon) the order of the most wretched creature of the world ... America's president."

But Zarif had "assassinated (Soleimani's) character."

The ultra-conservative Kayhan daily inferred that the audio may have been leaked by Rouhani's government to force "Zarif into (political) suicide" in a bid to save itself from the judgment of "public opinion."

It said, Zarif while being "sacrificed like a simple pawn," had broken the rules of "confidentiality" and provided Iran's enemies with "intelligence and ammunition" for their psychological war against the country.

For their part, the reformist papers sought to question which faction stood to gain from the leak.

The Shargh daily on its front page wrote, "Who leaked it, who benefited?"