Iran to vote for next president amid high nuclear deal tensions 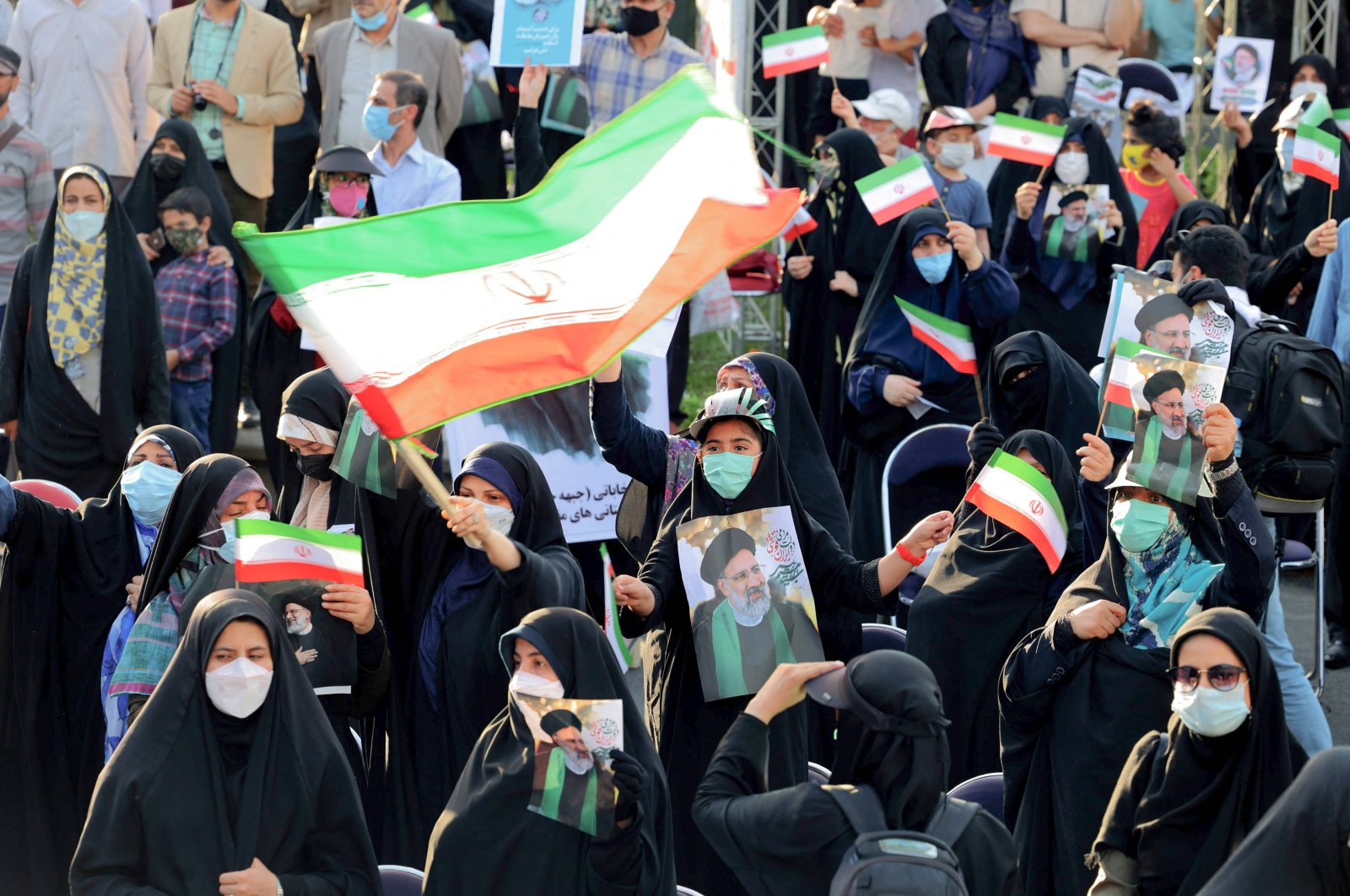 Iran's presidential election Friday will determine who will lead the country's civilian government as tensions remain high between the Islamic Republic and the West over its tattered nuclear deal with world powers.

The deal represents the signature accomplishment of the relatively moderate President Hassan Rouhani's eight years in office: Suspending crushing sanctions in exchange for the strict monitoring and limiting of Iran's uranium stockpile. The deal's collapse with President Donald Trump's decision to unilaterally withdraw America from the agreement in 2018 spiraled into a series of attacks and confrontations across the wider Middle East. It also prompted Tehran to enrich uranium to its highest purity levels so far, just shy of weapons-grade levels.

With analysts and polling suggesting that a hard-line candidate already targeted by U.S. sanctions will win Friday's vote, a return to the deal may be possible but it likely won't lead to a further detente between Iran and the West.

"It’s certainly not as complex as drafting a deal from scratch, which is what the sides did that resulted in the 2015 deal," said Henry Rome, a senior analyst focusing on Iran at the Eurasia Group. "But there’s still a lot of details that need to be worked out.” He added, "I think there’s a lot of domestic politics that go into this and an interest from hard-liners, including the supreme leader, to ensure that their favored candidate wins without any significant disruptions to that process.”

The 2015 deal, which saw Iranians flood into the streets in celebration, marked a major turn after years of tensions between Iran and the West over Iran's nuclear program. Tehran has long insisted that its program is for peaceful purposes.

However, U.S. intelligence agencies and International Atomic Energy Agency (IAEA) say Iran pursued an organized nuclear weapons program up until 2003. In order to ease the threat seen by the West, Iran agreed under the deal to limit its enrichment of uranium gas to just 3.67% purity, which can be used in nuclear power plants but is far below weapons-grade levels of 90%. It also put a hard cap on Iran's uranium stockpile to just 300 kilograms (661 pounds).

Tehran also committed to using only 5,060 of its first-generation centrifuges, the devices that spin the uranium gas to enrich it. Before the deal, Iran had been enriching up to 20% and had a stockpile of some 10,000 kilograms (22,046 pounds). That amount at that enrichment level narrowed Iran's so-called "breakout” time – how long it would take for Tehran to be able to produce enough weapons-grade uranium for one atomic bomb.

Prior to the deal, experts estimated Iran needed two to three months to reach that point. Under the deal, officials put that period at around a year. The deal also subjected Iran to some of the most-stringent monitoring ever by the IAEA to monitor its program and ensure its compliance. What the deal didn't do, however, was involve Iran's ballistic missile program or Tehran's support of groups around the region that the West and its allies have designated terrorist organizations. At the time, the Obama administration suggested further negotiations could spring from the deal. However, Trump entered the White House on a promise to "tear up” the accord in part over that, which he ultimately did in 2018. In the time since, Iran has broken all the limits it agreed to under the deal. It now enriches small amounts of uranium up to 63% purity.

It spins far-more advanced centrifuges. The IAEA hasn't been able to access its surveillance cameras at Iranian nuclear sites since late February, nor data from its online enrichment monitors and electronic seals – hobbling the U.N. nuclear watchdog's monitoring abilities. Iran also restarted enrichment at a hardened underground facility and is building more centrifuge halls underground, after two attacks suspected to have been carried out by Israel. If Iran's nuclear program remains unchecked, U.S. Secretary of State Antony Blinken has warned it could shrink Tehran's "breakout” time down to "a matter of weeks.”

That has worried nonproliferation experts. "I think for the international community – and specifically for the United States – putting the nuclear program back into a box is critical," said Sanam Vakil, the deputy head of Chatham House’s Middle East and North Africa program who studies Iran. "It’s important because beyond the nuclear agreement, the negotiators are ultimately hoping to lengthen and strengthen the deal. And so you can’t even get there until the current deal is stabilized.”

Since President Joe Biden took office, his diplomats have been working with other world powers to come up with a way to return both the U.S. and Iran to the deal in negotiations in Vienna. There have been no direct U.S.-Iran meetings in those negotiations, though separate talks have been underway involving a possible prisoner swap.

In Friday's presidential election in Iran, hard-line judiciary chief Ebrahim Raisi appears to be the front-runner. He's already said he wants to return Iran to the nuclear deal to take advantage of its economic benefits.

But given his previous belligerent statements toward the U.S., further cooperation with the West at the moment appears unlikely. Meanwhile, it remains unclear when a deal will be reached in Vienna. And while Iran has broken through all the accord's limits, there's still more it could do to increase pressure on the West. Those steps could include using more centrifuges, further increasing enrichment, restarting a facility that makes plutonium as a byproduct or abandoning a nuclear nonproliferation treaty.

"It’s a very fine tool,” Rome said. "The Iranian political leadership can decide quite specifically what type of signal it wants to send, whether that’s the type of machines it uses, the speed of the production, the quantity of the production in order to send a message to the West about the degree of pressure it wants to put on.”