Iran will never ask US for help with coronavirus, Foreign Ministry spokesman says 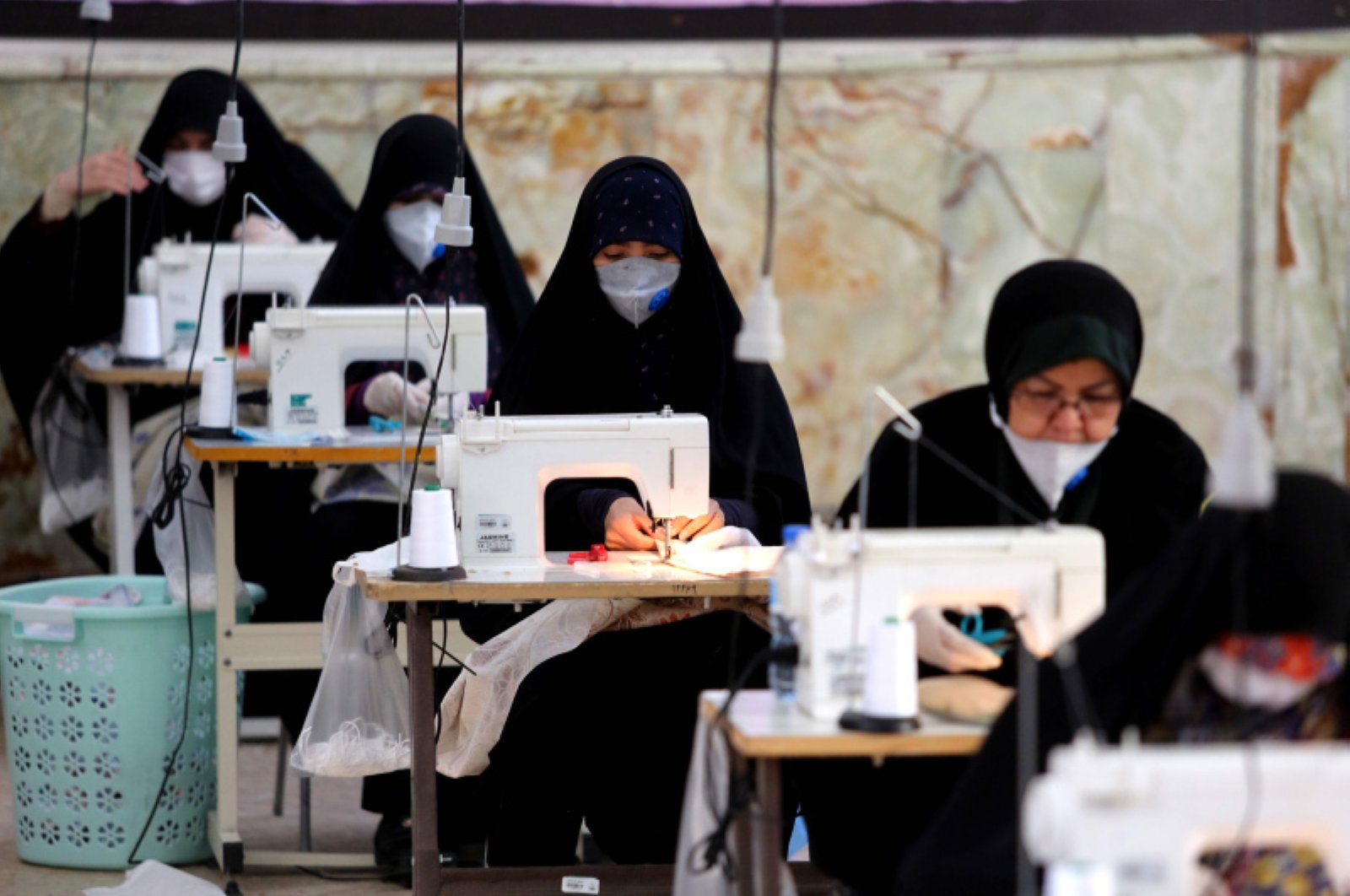 Members of the Basij paramilitary organization make face masks and other protective gear at a mosque in the capital Tehran, Iran, amid the novel coronavirus pandemic crisis, Sunday, April 5, 2020. (AFP Photo)
by REUTERS Apr 06, 2020 8:54 pm
RECOMMENDED

Iran will never ask the United States for help in the fight against the new coronavirus, Foreign Ministry spokesman Abbas Mousavi said Monday.

Supreme Leader Ayatollah Ali Khamenei has rejected offers from Washington of humanitarian assistance for Iran, the Middle Eastern country so far worst-affected by the coronavirus, with 3,739 deaths and 60,500 people infected, according to the latest figures on Monday.

"Iran has never asked and will not ask America to help Tehran in its fight against the outbreak ... But America should lift all its illegal unilateral sanctions on Iran," Mousavi said in a televised news conference.

Tensions between the two countries have been high since 2018, when U.S. President Donald Trump quit a 2015 agreement that lifted sanctions on Iran in return for curbs to its nuclear program. Washington reimposed sanctions that have crippled the Iranian economy.

Iranian authorities say U.S. sanctions have hampered their efforts to curb the outbreak, urging other countries and the United Nations to call on the United States to lift them.

"They (the U.S.) are trying to force Tehran to accept negotiations with America," Mousavi said.

Trump says the nuclear deal was not strong enough and wants to apply "maximum pressure" on Iran to accept tougher curbs to its nuclear program, halt its ballistic missile work and end its support for proxy forces in the Middle East. Iran says it will not negotiate unless Washington lifts sanctions.

France, Germany and Britain exported medical goods to Iran in the first transaction conducted under Instex, a trade mechanism set up to barter humanitarian goods and food after the U.S. withdrawal from the nuclear deal, Germany said last week.

These initial steps to implement the Instex system are positive but not sufficient, Iran's President Hassan Rouhani told French President Emmanuel Macron, according to Press TV.