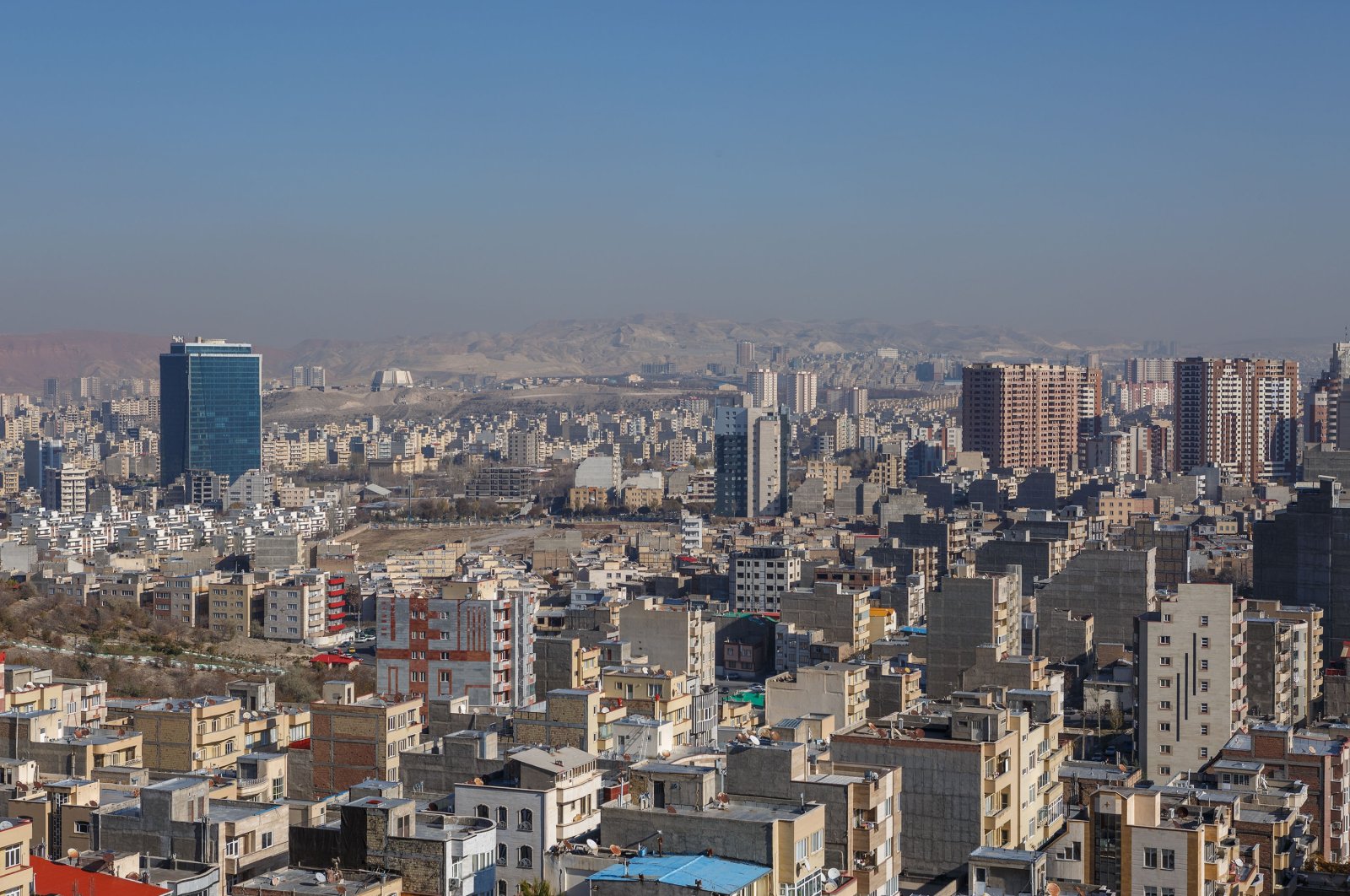 The newly appointed governor of Iranian East Azerbaijan Province Zeynelabidin Rezevi Hürrem was slapped on stage during a swearing-in ceremony on Sunday as anger over the assignment of governors grows among the country's Azerbaijani Turks.

During the ceremony, former Revolutionary Guards Commander Col. Albay Eyüp Alizade approached the stage where Hürrem was giving a speech and slapped him in front of an entire audience, calling him a "traitor," footage showed.

Following the attack, a brawl broke out on the stage in the province's capital of Tabriz, in which Iran's new interior minister, Ahmed Vahid, participated. Hürrem declared that he would not file a complaint over the attack, which was allegedly triggered because he did not deliver the speech in the Azerbaijani language. The Tabriz prosecutor's office announced that an investigation had been launched into Alizade.

The incident took place after Iranian President Ebrahim Raisi appointed Hürrem, a former general who was involved in numerous massacres in Syria, as a new governor of East Azerbaijan province. Raisi and other newly assigned governors, including another appointee for the West Azerbaijan province, a pro-Kurdish figure Mohammed Sadık Mutamdiyen, have faced heavy criticism across Iran's Azerbaijani-dominated regions. However, despite fierce objections, including from city councils, Tehran did not waiver on its decision.

"They are showing us the Kurdish stick. The goal is to cause a Turkish-Kurdish conflict," Haray said. "On the other hand, the appointment of Zeynelabidin Rezevi Hürrem, one of the hawk names of the Revolutionary Guards, is a clear threat," he added, underlining that Hürrem has a "bloody past."

"He took an active role in the massacre of many Sunnis in Syria. Now they are intimidating us by appointing him,” Haray said.

Describing Tehran's governor appointments as the "continuation of the demographic change plan" in the field, Haray said that dozens of Azerbaijani villages have been evacuated recently and Kurdish people have now settled there.

Ancient Azeri cities such as Urmia, Maku, Bazargan, Khoy, Miandoab sit within the borders of the West Azerbaijan province, which is located on the zero line to the border with Azerbaijan, and will be administered by the pro-Kurdish governor.

Azerbaijani Turks constitute at least one-third of Iran’s 81.8 million population, according to different estimates. It was approximately 30 million according to Unrepresented Nations and Peoples Organization's (UNPO) 2017 data. They constitute the majority in the northwestern provinces of Ardabil, East Azerbaijan, West Azerbaijan and Zanjan, in addition to significant populations in adjacent provinces and the capital, Tehran.

Elnur Pasha, an expert on international relations from Osmaniye Korkut Ata University, described all the events in Iran as a continuation of the Nagorno-Karabakh process. According to Pasha, the recent events are part of the Iranian state's strategy to disguise Persian nationalism with the Shiite sect to stifle national identity.

Explaining that Iran is struggling with serious problems at home and is trying to cover up the deep crisis it is experiencing by drawing focus to an external enemy, Pasha said, "Iran is the country that is most disturbed by the increasing Turkish influence not only in Karabakh, Syria or Iraq, but also in Africa."

"They also see Turkey's existence as the biggest threat. They do not have the courage to confront Turkey directly. They are trying to get results with typical Persian conspiracies and sneaky politics," he said.