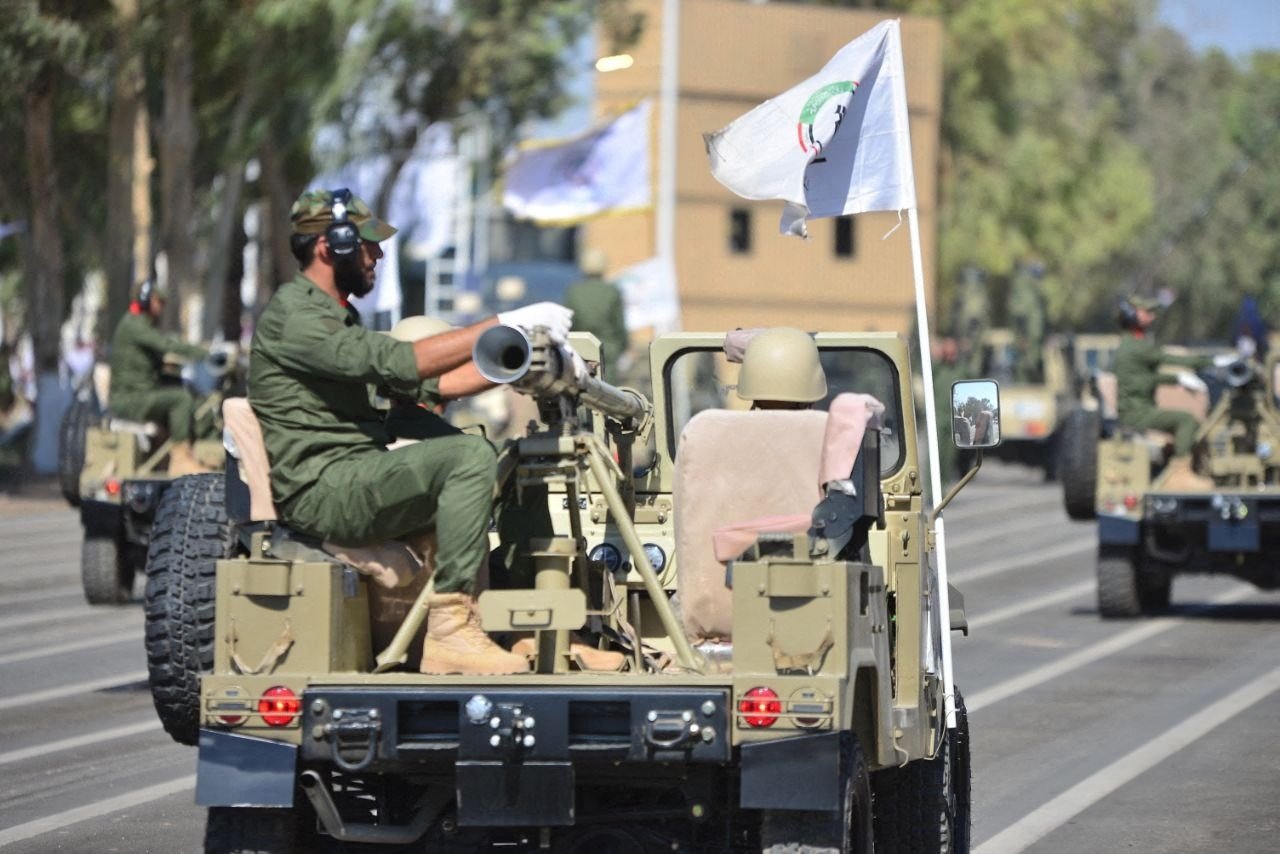 Members of the Iranian-backed Hashd al-Shaabi paramilitary forces taking part in a parade to celebrate the 7th anniversary of their founding at Camp Ashraf (a former base of Iran's opposition People's Mujaheddin Party) in Khalis, in Diyala province, Iraq, June 26, 2021. (Handout by Hashed al-Shaabi Media via AFP)
by Anadolu Agency Jun 28, 2021 9:28 pm

Iraq's national security Cabinet Monday condemned the United States airstrike that targeted a member of the Iran-backed Hashd al-Shaabi militia on the country's border area with Syria, considering the strike "a blatant violation" to Iraq's sovereignty.

A statement following a security Cabinet emergency meeting, headed by Iraqi Prime Minister Mustafa al-Kadhimi, said Iraq will "study all legal options to prevent the repetition of such attacks."

The security Cabinet, the highest security body in Iraq, expressed its complete rejection to make Iraq a tit-for-tat venue, in reference to the conflict between the U.S. and Iran.

The statement confirmed that Iraq has ongoing talks with the American side to discuss details for the U.S. troops' withdrawal from Iraq.

The Kataib Sayyid al-Shuhada, a faction of the Hashd al-Shaabi, said Monday that four members of the force were killed as a result of the U.S. airstrikes. The faction threatened to go to "an open war with the American occupation."

Earlier Monday, the U.S. announced in a statement by Pentagon spokesman John Kirby that it launched targeted airstrikes "against facilities used by Iran-backed militia groups in the Iraq-Syria border region."