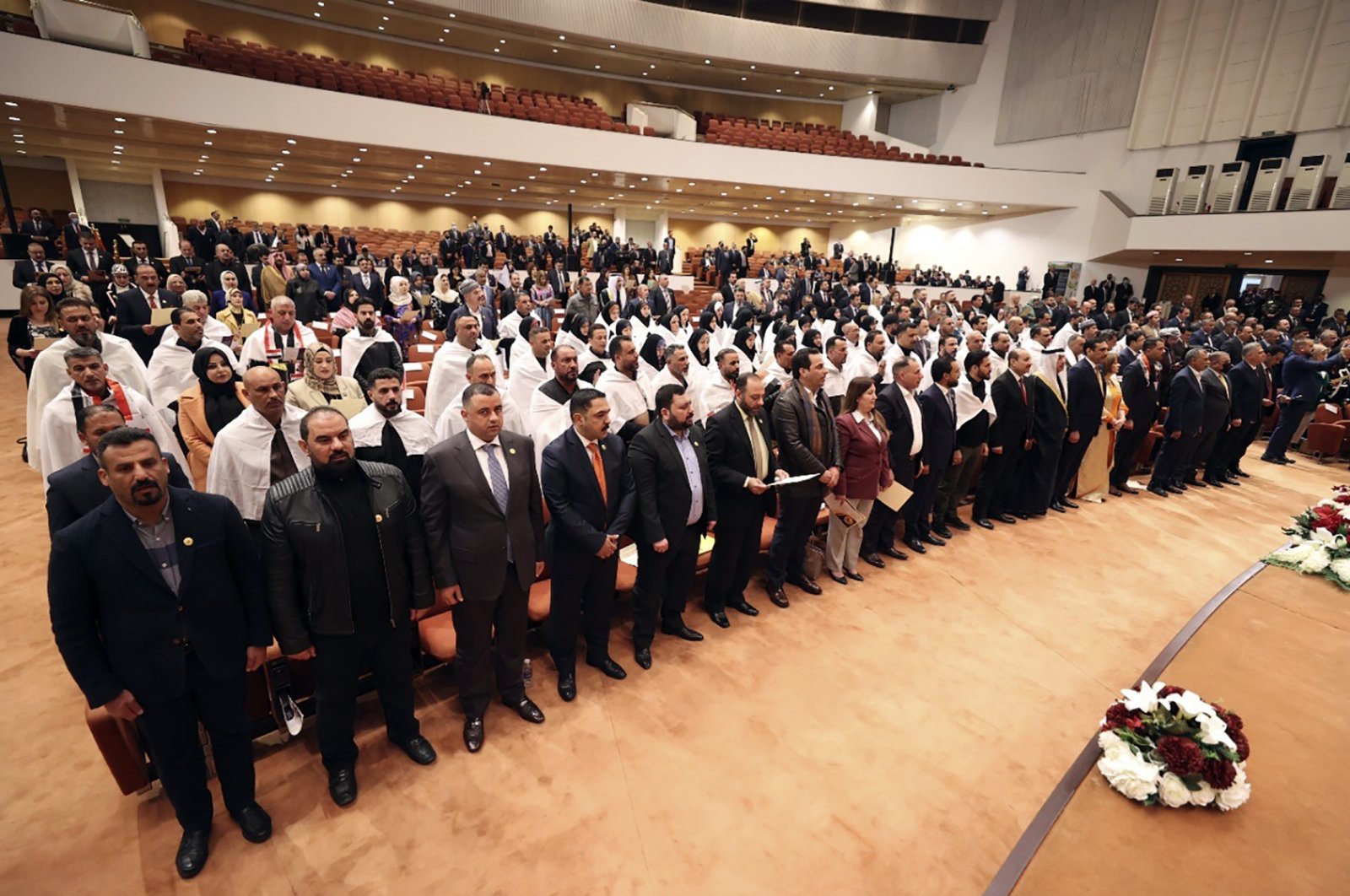 The newly-elected Iraqi parliament held its first session on Sunday, three months after snap polls in which pro-Iranian groups suffered losses and elected a speaker after a brief adjournment.

In a reflection of tensions, the meeting was marked by disarray, with the eldest member of Parliament who was leading the session being evacuated to the hospital apparently due to the stress.

The chaotic meeting ushers in what is likely to be a lengthy period of political wrangling among rival groups to choose a new president and prime minister.

The election results had sparked street protests from supporters of the political parties which fared poorly in the parliamentary polls, brought forward in response to monthslong street protests in favor of reform.

Last month, the Iraqi federal court approved the results of the October election and confirmed the victory of the influential Shiite cleric Muqtada al-Sadr.

Al-Sadr's bloc secured 73 seats in the 329-strong parliament, according to the final results.

That was well ahead of the second-placed Sunni al-Taqdum (Progress) coalition, which got 37 seats, meaning al-Sadr is likely to form the next government.

Some independent lawmakers, meanwhile, reached the assembly riding tuk-tuks, or motorized rickshaws, from Baghdad’s Tahrir Square, the epicenter of anti-government protests that erupted in October 2019, the witnesses added.

Under an unofficial agreement dating back to the 2003 United States-led invasion, Iraq’s presidency – a largely ceremonial role – is held by a Kurd, while the prime minister is Shiite and the parliament speaker is Sunni.

The election was held months ahead of schedule in response to mass protests in late 2019, which saw tens of thousands in Baghdad and predominantly Shiite southern provinces rally against endemic corruption, poor services and unemployment. They also protested against the heavy-handed interference of neighboring Iran in Iraq’s affairs through Iran-backed militias.

Hamzeh Hadad, a political analyst, said the makeup of the new parliament could help make elected officials more accountable to the public due to the new smaller electoral districts.

“With many independents and new political parties elected like the Imtidad Movement, we could see a true opposition formed in parliament for the first time,” he said. “This is what Iraqis will be hoping to see from the new legislature."