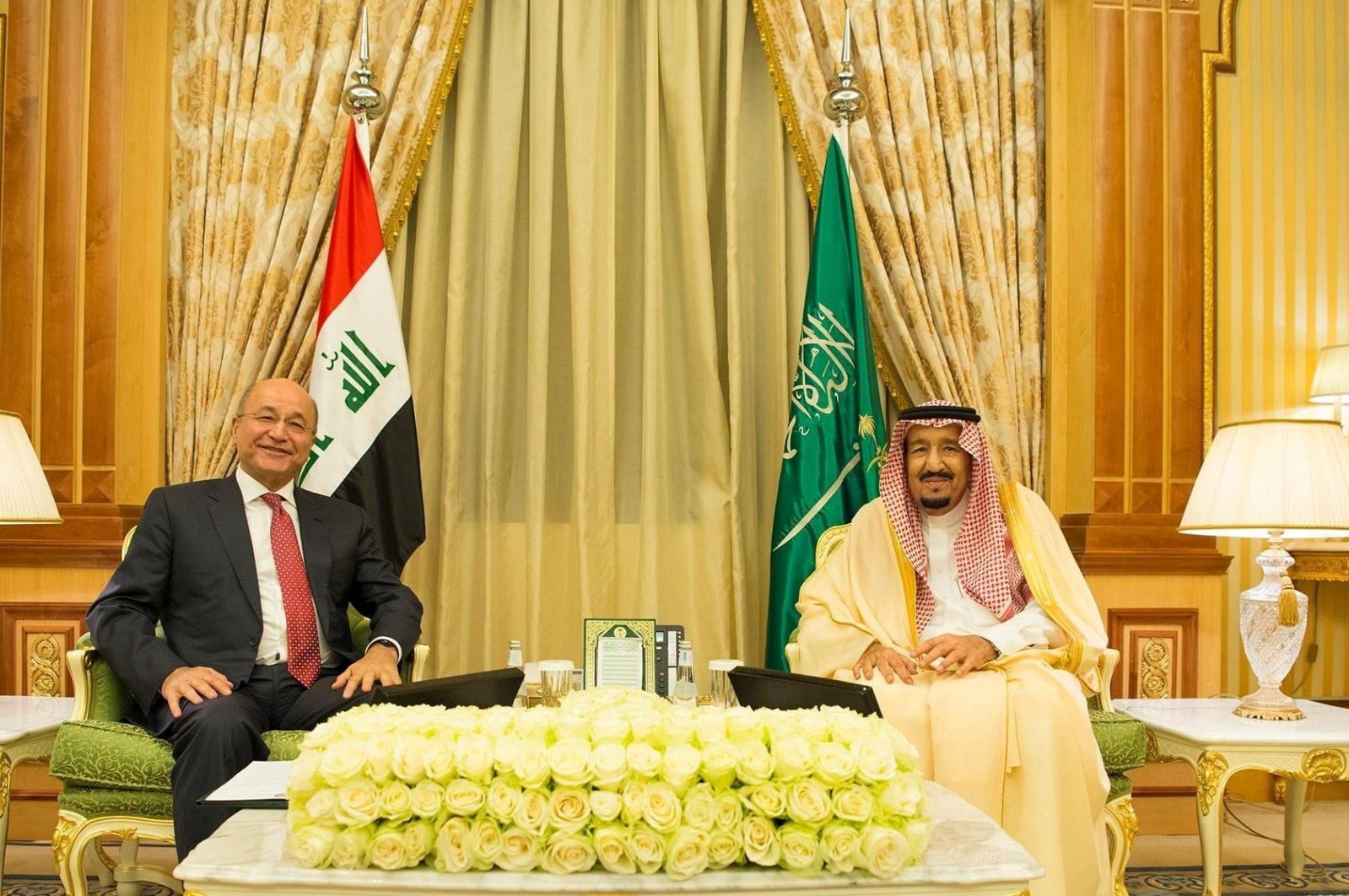 Iraqi Prime Minister Mustafa al-Kadhimi said Wednesday that his country will never become a launchpad for attacks on Saudi Arabia as he made a long-awaited visit to the kingdom, aimed at establishing closer economic and security ties between the two countries.

In January, explosive-laden drones crashed into the main royal palace in Riyadh, with American media citing United States officials as saying they were launched from neighboring Iraq.

Saudi officials did not publicly disclose any details on the reported attack on the sprawling Al-Yamama complex, the official residence and office of King Salman bin Abdulaziz Al Saud as well as the main base of the royal court. But the news raised alarm in a country that has frequently come under missile and drone attacks from Iran-aligned Houthi rebels in Yemen, where Riyadh-backed forces are engaged in a six-year conflict.

A relatively unknown militant group in Iraq calling itself the Righteous Promise Brigade claimed responsibility for the strike, but it was considered by security experts to be a front for more entrenched Iran-backed militias.

Kadhimi said the group's claim was "not true" and insisted that the attack was not launched from Iraq.

"We will not allow any attack on the kingdom," he told reporters after what his aides described as an hours-long meeting with Saudi Arabia's de facto ruler Crown Prince Mohammed bin Salman (MBS).

"There haven't been any attacks" from Iraq. "There have been attempts by some to ... disrupt relations" between Iraq and Saudi Arabia, he added, without elaborating.

Known to maintain close personal ties with MBS, Kadhimi walks a diplomatic tightrope as Baghdad often finds itself caught in the tug of war between Tehran and its rivals Riyadh and Washington.

Kadhimi's trip comes after the countries reopened their Arar land border crossing in November for the first time since Riyadh cut off diplomatic ties with Baghdad in 1990, following Iraqi ex-dictator Saddam Hussein's invasion of Kuwait.

Aside from a discussion on border security, the Iraqi premier said he and his delegation of senior ministers sought to further boost trade and economic cooperation with the kingdom during a day-long visit to Riyadh.

In a statement published by Saudi state media, the two countries agreed to establish a joint fund with an estimated capital of $3 billion, a "contribution from the kingdom" to boost investment in the Iraqi economy.

Iraq is the second-largest producer in the OPEC oil cartel, outranked only by Saudi Arabia. Kadhimi, whose government has sought to fast-track foreign investment including Saudi support for energy and agriculture, is pushing for deeper cooperation with Riyadh.

Kadhimi was scheduled to travel to Saudi Arabia on his first foreign trip as prime minister last July, but the visit was canceled at the last minute when King Salman was hospitalized for surgery to remove his gall bladder.