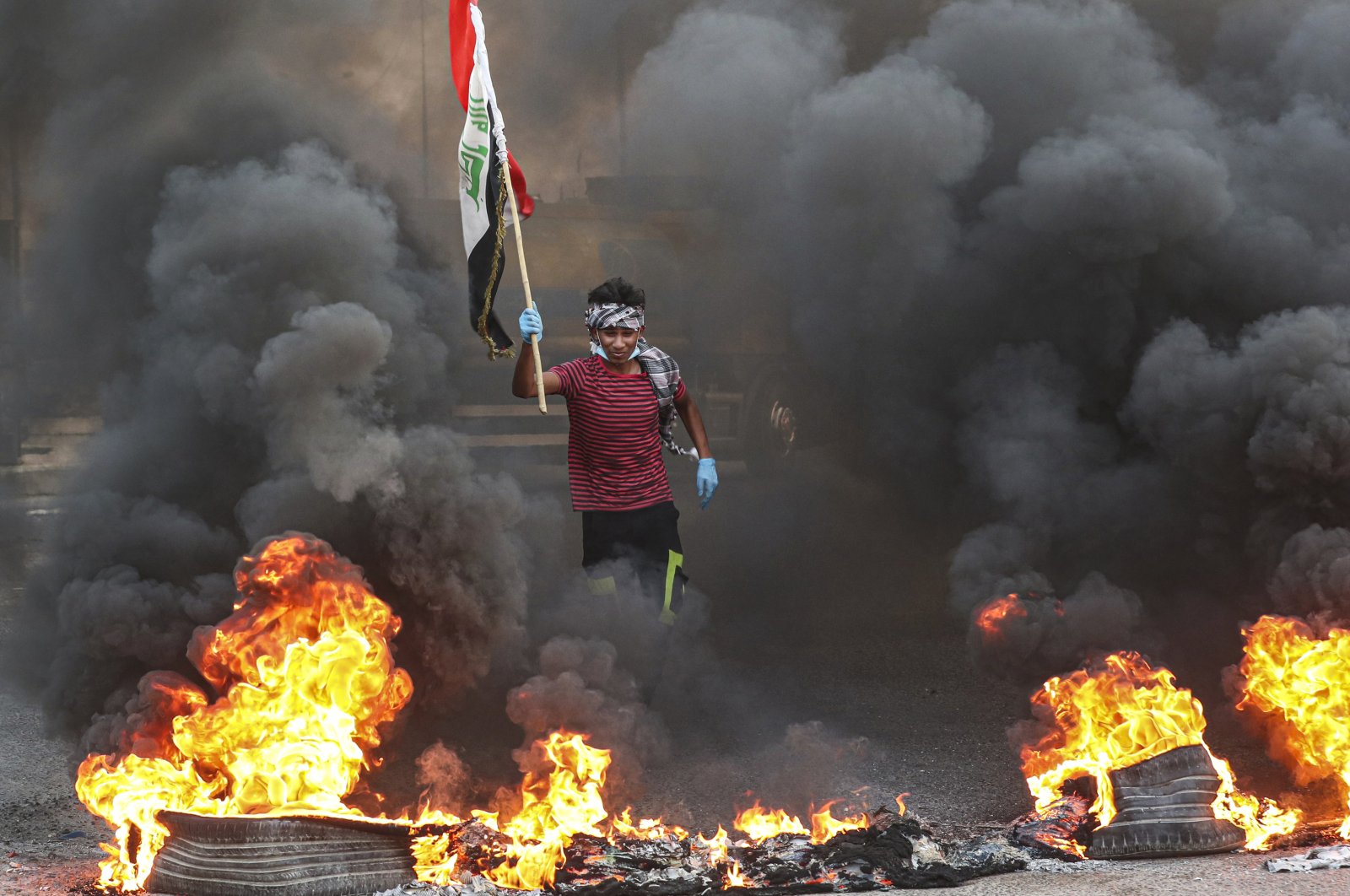 Protesters burn tires in front of the provincial council building during a demonstration where they demanded better public services, jobs and an end to corruption, Basra, southeast of Baghdad, Iraq, July 14, 2020. (AP Photo)
by Anadolu Agency Jul 22, 2020 10:25 am

Hundreds of Iraqis rallied outside the security-fortified Green Zone in central Baghdad on Wednesday to protest poor services delivered by government institutions.

Protesters chanted slogans for improved electricity distribution and bringing corrupt officials to account, according to an Anadolu Agency (AA) reporter on the ground.

Wednesday's rally was called by the Community of Karrada People, a civilian gathering that campaigns for the rights of local residents in the area.

"Corrupt People Continue to Steal People's Livelihood" was among the banners waved by protesters.

Iraqis are suffering shortages in power supplies, especially in camps where thousands of displaced Iraqis live.

Iraq generates around 13,500 megawatts and plans to increase its capacity with an additional 3,500 megawatts this year, according to the Electricity Ministry.

Last month, the Iraqi government asked the Finance Ministry to negotiate loans to finance electric projects in the country.