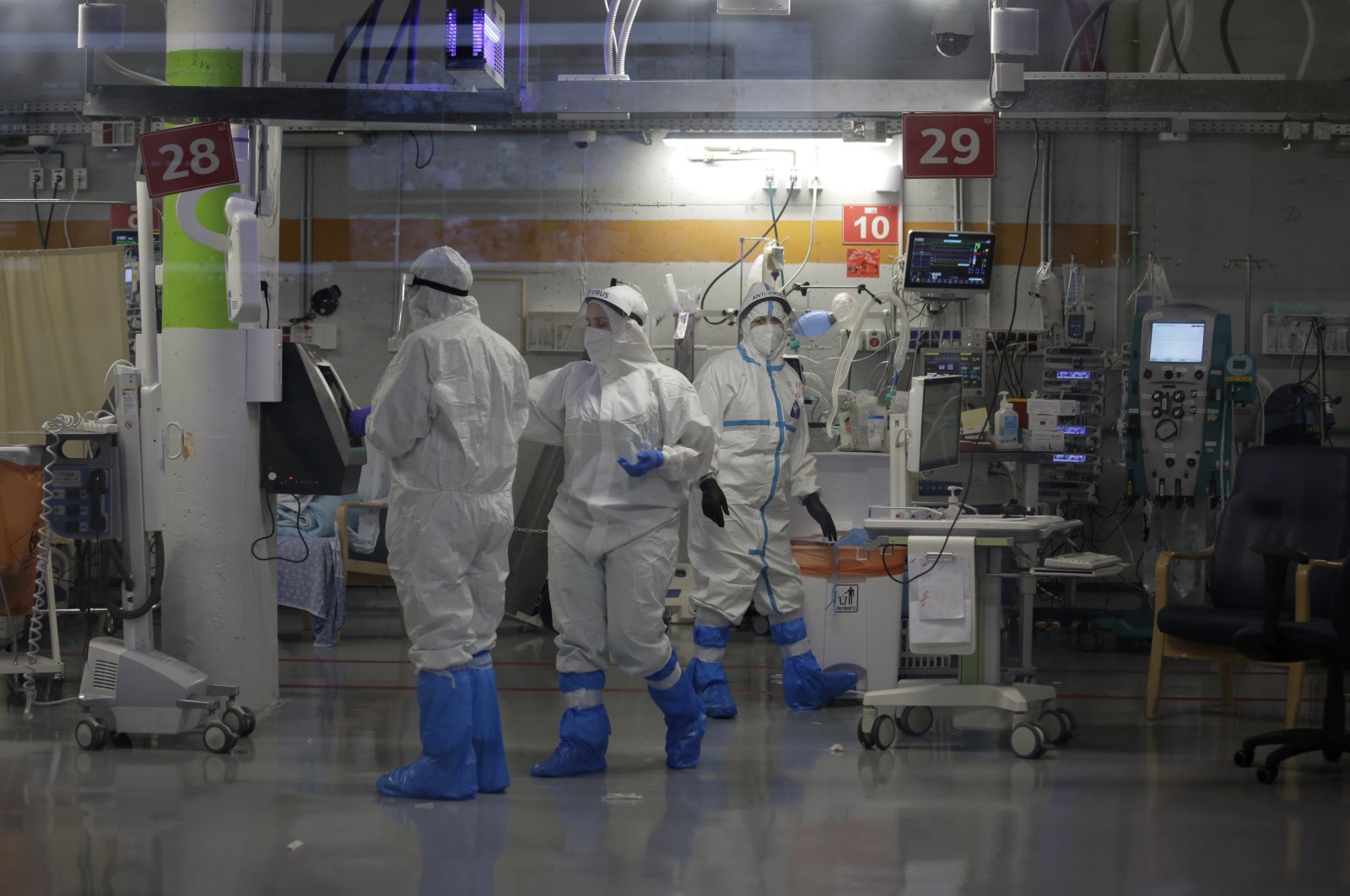 Israel's parliament approved a law early Wednesday restricting demonstrations as part of a coronavirus-related state of emergency, that critics say is aimed at silencing protests against Prime Minister Benjamin Netanyahu.

The law, which passed by a final vote of 46 to 38, was meant to be part of a slew of measures approved by parliament last Friday tightening a second nationwide lockdown.

Debate on the measure was put off, however, as the government struggled to secure the necessary votes amid an opposition outcry and a protest outside parliament on Tuesday.

The lockdown, which went into force on September 18, shutters the majority of workplaces, markets, places of worship, schools and cultural venues. It also bans journeys of more than a kilometer (0.6 miles) from home, other than for essential purposes such as buying food and medicine or receiving medical treatment.

The new law gives the government powers to declare a "special emergency caused by the coronavirus pandemic" for renewable periods of one week. During that time, the one-kilometer limit on travel will apply to demonstrations, and there will also be restrictions on numbers.

The state of emergency can be declared only during a lockdown. The government has yet to use those powers, but with more than 237,000 coronavirus infections and 1,528 deaths in a population of 9 million, Israel currently has the world's highest weekly infection rate per capita.

Meir Cohen, of the main opposition party Yesh Atid-Telem, condemned the new controls on demonstrations as a "slippery slope." Yair Golan, of the left-wing Meretz party, warned that the new law "won't stop the demonstrations."

"The anger growing in the streets will find its way out," he said.

In recent months, weekly protests have been held outside Netanyahu's Jerusalem residence, demanding that he quit over his management of the pandemic and his ongoing trial on corruption charges.

Shortly after the measures were finalized, an opposition group, the Movement for Quality Government in Israel, filed a petition to the supreme court challenging the law's legality.

"In the darkness of the night, members of the Knesset brought Israel a step closer to crushing democracy, but we won't let that happen," the movement said in a statement.

"And don't let them say the law is crucial to save people from corona," the statement added, pointing out that demonstrations in vehicles where people drive cars in convoys on the streets, where the risk of infection is minimal, were prohibited as well.

"There are no health considerations in this legislation, rather a sweeping prohibition on demonstrating against a prime minister accused of bribery, fraud and a breach of trust," the movement said.

On Tuesday, Netanyahu said that this lockdown, originally set to end on Oct. 10, would last "no less than a month, and maybe much more time than that."

Health Minister Yuli Edelstein said the government had learned from "mistakes" in its swift reopening of the educational system and economy following the first lockdown earlier this year.

"The opening of the economy and our lives will be gradual and slow," he told public broadcaster Kan.