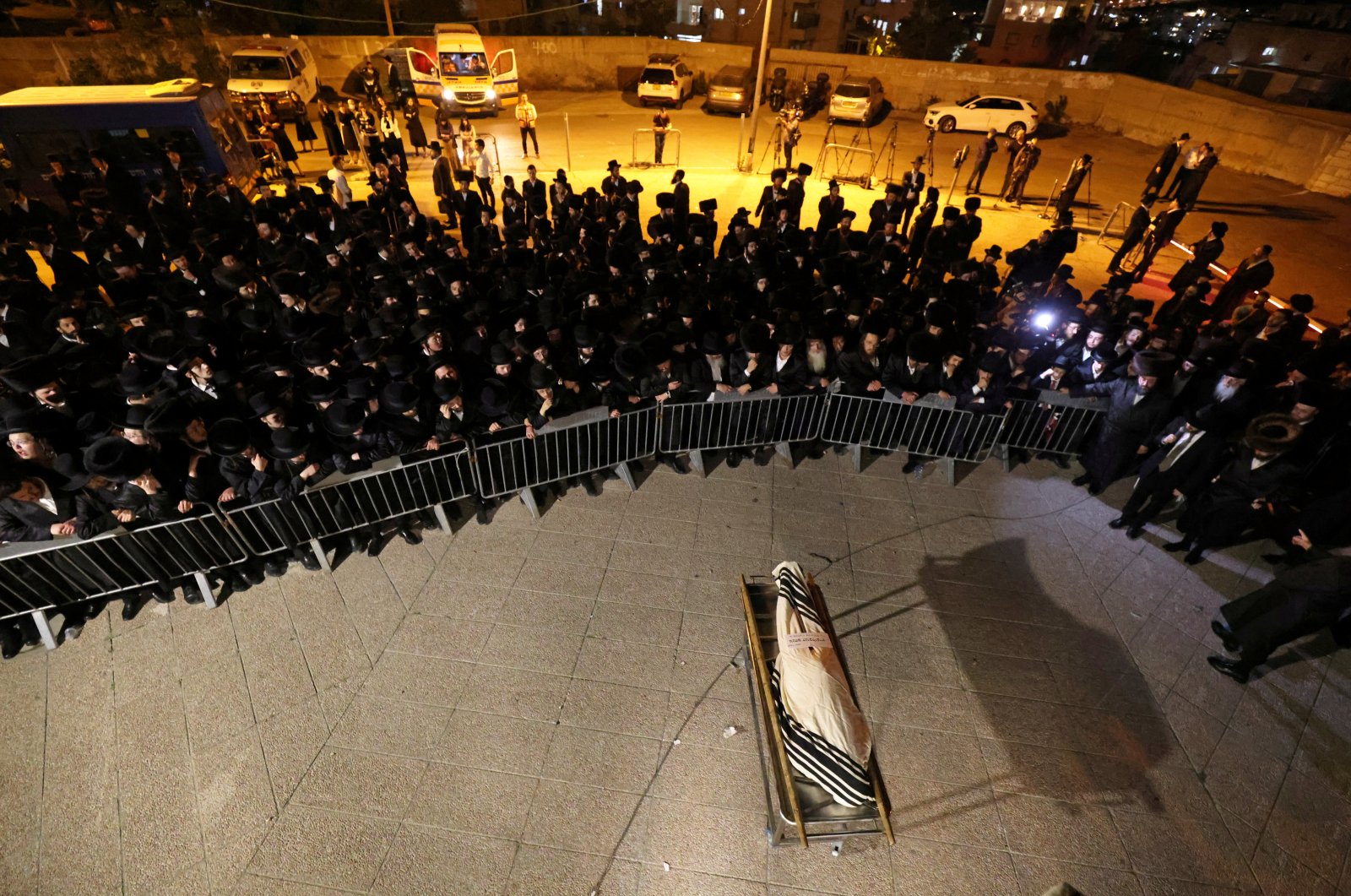 The body of Menahem Kanovlowitz, who died in a stampede at an ultra-Orthodox Jewish festival on the slopes of Israel's Mount Meron, is surrounded by mourners during his funeral in Jerusalem, May 1, 2021. (Reuters Photo)
by REUTERS Jun 20, 2021 3:53 pm
RECOMMENDED

Israel's new cabinet ordered Sunday an official inquiry into a stampede that killed 45 people in April during a Jewish pilgrimage at a site long deemed dangerously crowded by authorities.

Though it was the country's worst civilian disaster, a full-scale investigation into the Mount Meron deaths and injuries had lagged under the previous government amid feuding between ultra-Orthodox Jews and opposition politicians.

Establishing the state commission of inquiry a week after he was sworn in, Prime Minister Naftali Bennett said in televised remarks that while it "cannot bring back those who are gone, the government can do everything to prevent future needless loss."

A cabinet statement said the inquiry's findings would help safeguard other mass-attendance events in Israel, which has sites sacred to Islam and Christianity as well as to Judaism.

The numbers were lower than in previous years but still beyond those permitted by COVID-19 curbs. Some Israelis questioned if the former government under Benjamin Netanyahu and police were reluctant to further limit the crowd size because of pressure from influential ultra-Orthodox leaders.

During the ceremony, part of the crowd surged into a narrow tunnel and 45 men and boys were asphyxiated or trampled.

Police are already carrying out a probe and Israel's government watchdog, which years ago deemed the Mount Meron site hazardous, has announced its own investigation, though it cannot bring criminal charges.

Netanyahu had promised a thorough investigation, but his cabinet, which included ultra-Orthodox Jewish ministers, never took formal action and major hostilities between Israel and the Palestinian militant group Hamas broke out less than two weeks later.

Bennett is himself religiously observant but his broad coalition does not include any ultra-Orthodox parties. In his cabinet remarks, he said Meron draws Jews "from all sectors," an allusion to denominations other than the ultra-Orthodox.

Defence Minister Benny Gantz, who pushed for the inquiry, said its findings would carry "heavy weight" and could not be ignored.