Israel assessing how to protect hundreds from war crimes probe 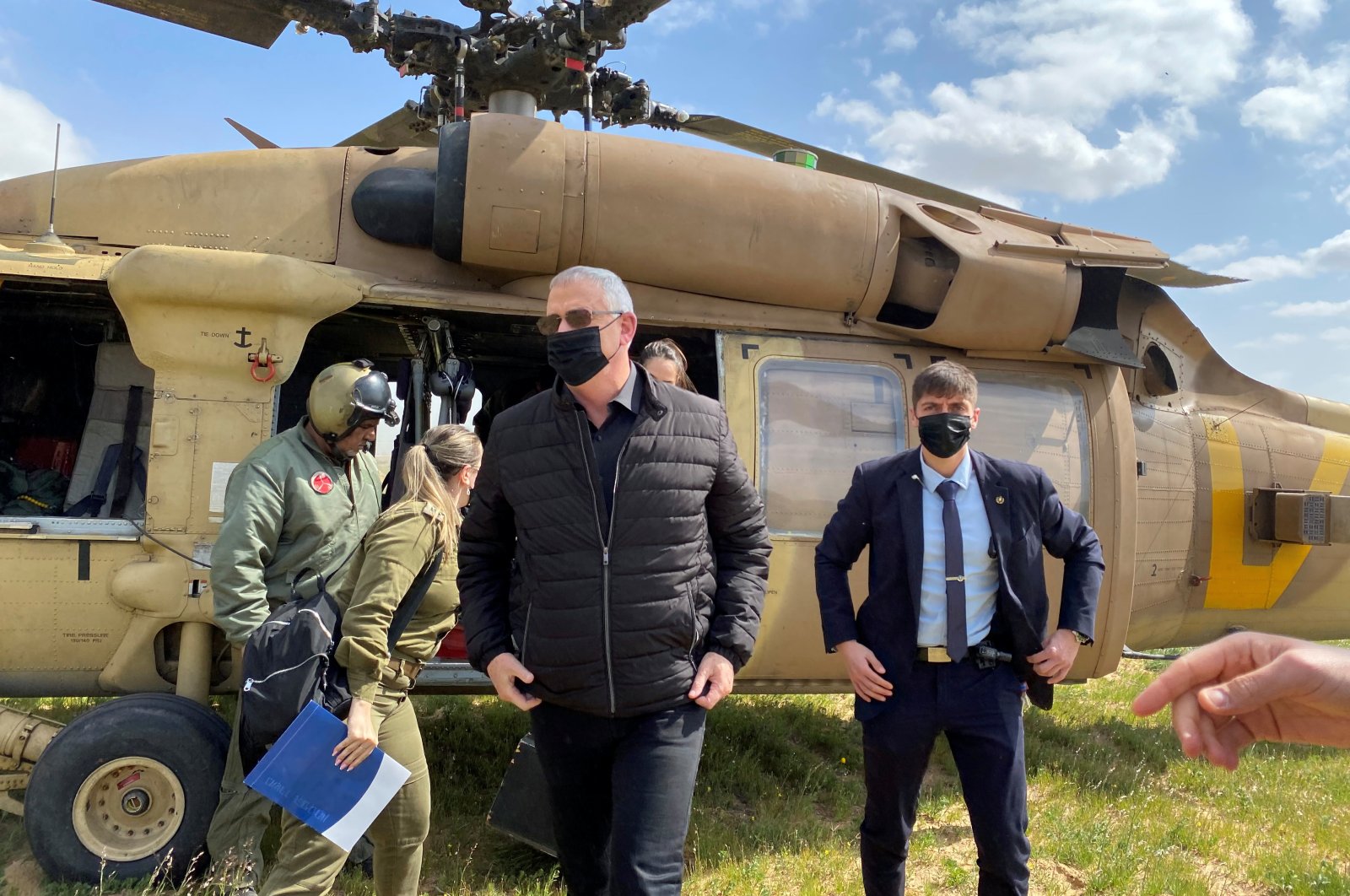 Israeli Defense Minister Benny Gantz adjusts his jacket after stepping off a helicopter during a tour of the Gaza border area, in southern Israel, March 2, 2021. (Reuters Photo)
by REUTERS
Mar 02, 2021 5:56 pm

Israel expects hundreds of its citizens to be subject to war crimes investigations by the International Criminal Court, whose jurisdiction it rejects, and is working out ways to protect them from prosecution, the Israeli defense minister said Tuesday.

Including himself among Israelis who could be threatened with arrest, Benny Gantz told Reuters: "I was never afraid to go across enemy lines, I will continue to stand wherever I have to."

The ICC ruled last month that it has jurisdiction over the occupied West Bank, Gaza and East Jerusalem. The ruling could lead to criminal investigations of Israel and of Palestinian militant groups including Hamas.

Israel is not a member of the Hague-based tribunal and rejects its jurisdiction, a position backed by its close ally the United States. Palestinians have welcomed the ruling as a chance for justice for victims of Israeli attacks.

In an interview on Israel's fortified border with Gaza, Gantz, who also holds Israel's justice portfolio, called the ruling a "negative development" and added: "We have our own teams working in different (places) to try (and) influence (the ICC)."

Gantz was the military's chief of staff during a 2014 war between Israel and Palestinians in Gaza. The ICC has pointed to that conflict as a potential issue to be probed.

Asked by Reuters how many Israelis, including himself, might expect to be subject to arrest should the probe lead to criminal investigations, Gantz said: "I guess several hundred, but we will take care of everybody."

Gantz called that "an estimate," declining to say if Israel had drawn up a list of officials. Israel will provide legal assistance to any implicated Israelis and will give them legal warnings regarding travel if necessary, Gantz said.

Asked if he himself might change his travel plans in light of the ICC probe, Gantz said: "So far, no."