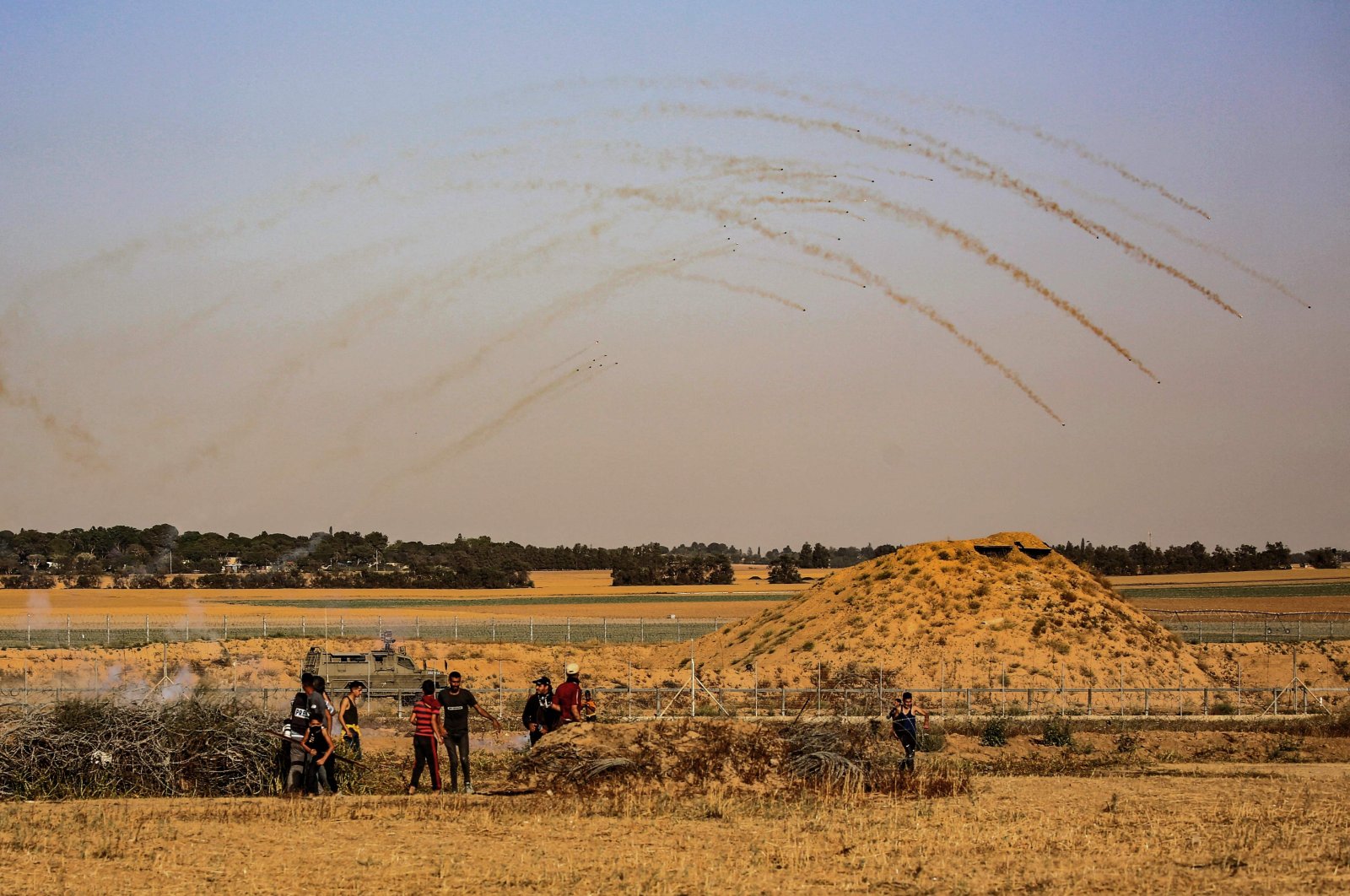 Israeli security forces fire tear gas at Palestinian protesters near the Israel-Gaza border, east of the town of Khan Yunis in the southern Gaza Strip, May 8, 2021. (AFP File Photo)
by Anadolu Agency May 09, 2021 10:27 am
RECOMMENDED

A warplane belonging to the Israeli Defense Forces (IDF) struck an observation post of the Palestinian resistance group Hamas in central Gaza early Sunday, according to an Anadolu Agency (AA) report.

The warplane targeted the post of the Izzuddin al-Qassam Brigades, an armed wing of Hamas.

No statement concerning casualties has been released by Palestine's Health Ministry or other officials in Gaza.

The Israeli military said it is responsible for the attack and justified the hit by contending that it was struck by a missile from the Gaza Strip that hit Israeli territories.

The military reported the launching of a missile from Gaza Saturday night.

More than 90 people, mainly Palestinian worshipers and protesters, were injured in fresh Israeli attacks targeting the Old City in occupied East Jerusalem during the holiest night of Ramadan.

A large number of Palestinians have gathered at the Damascus Gate after performing the Tarawih prayer in Al-Aqsa Mosque coinciding with Laylat al-Qadr. In subsequent clashes, 53 people were injured, according to Palestinian authorities.

In the past few days, Palestinians in Jerusalem have protested in solidarity with the residents of the Sheikh Jarrah neighborhood amid the Israeli police violence. At least 205 people were injured in Israeli attacks at Al-Aqsa Mosque, the Damascus Gate of the Old City and in the Sheikh Jarrah neighborhood on Friday, according to the Palestinian Red Crescent. Israeli police also reported 17 injuries. Police defended their actions as security moves; however, Muslims say they are provocations, accusing Israel of threatening their freedom to worship.