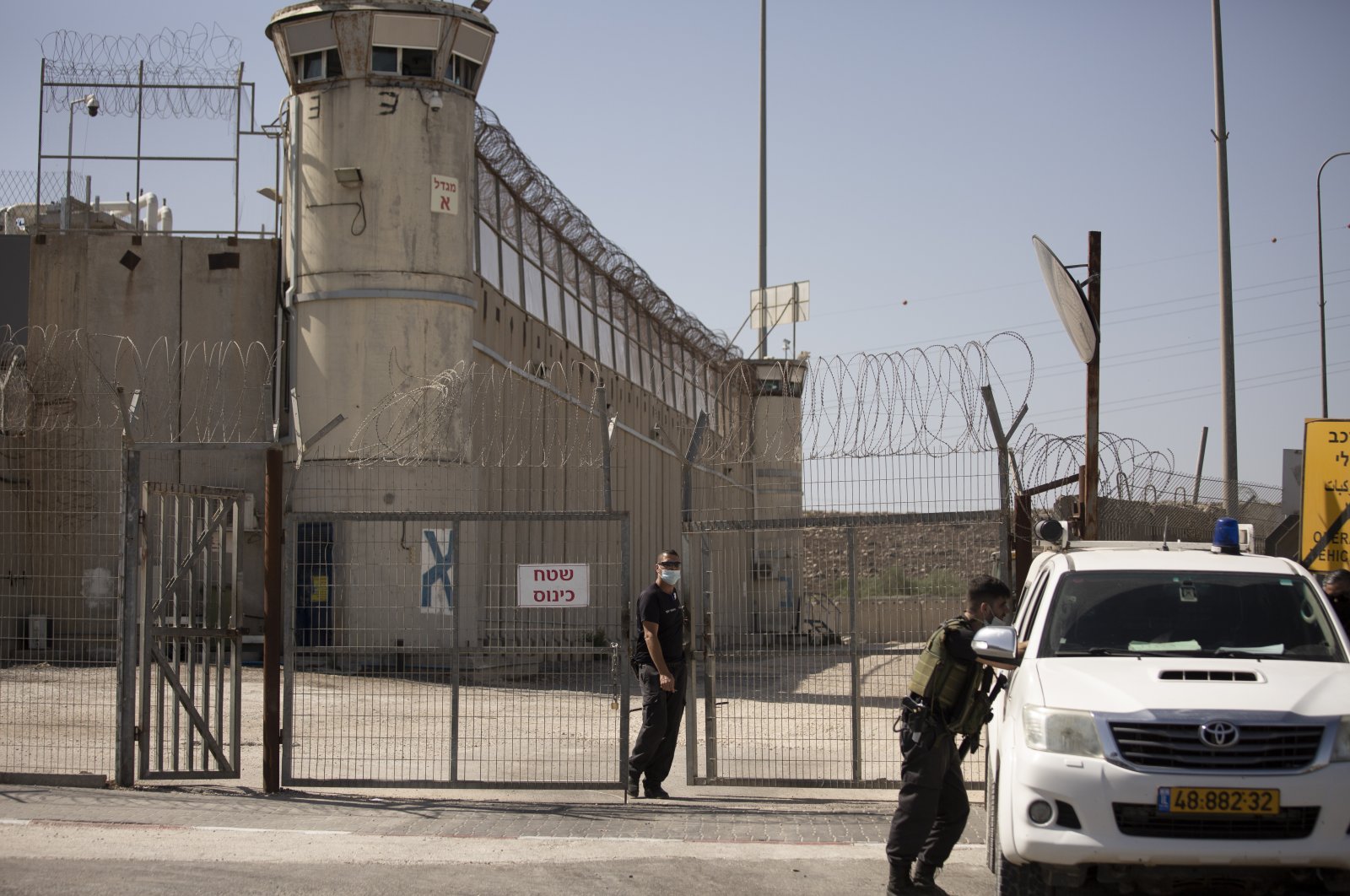 Four of the six Palestinian prisoners who escaped from an Israeli jail earlier this week have been caught by police, a spokesperson said Friday.

The arrests moved Israel closer to closing an embarrassing episode that exposed deep flaws in its prison system and turned the fugitive prisoners into Palestinian heroes.

The four wanted men were caught in a pair of arrests in northern Israel.

Early on Saturday, police said they had caught two men, including Zakaria Zubeidi, in the Arab town of Umm al-Ghanam. Zubeidi was a leader during the second Palestinian uprising in the early 2000s.

While he has been linked to attacks on Israelis, he also was well known for giving frequent media interviews and for a friendship he once had with an Israeli woman. Zubeidi over the years had received amnesty and taken college courses and was active in a West Bank theater movement before he was re-arrested in 2019 on suspicions of involvement in attacks.

Photos released by police showed Zubeidi, handcuffed and wearing a white blindfold, being led away by two police officers.

In a statement, police said that Israeli security forces, including the military, have been working “around the clock” to catch the fugitives.

“All of the forces were deployed at full strength, searched in open areas, collected every piece of information until they succeeded in solving the puzzle to locate these two fugitivies,” police said. The search for the final two prisoners was continuing.

A video circulating on social media showed Israeli police shackling one of the prisoners, Yakub Kadari, into the backseat of a police vehicle and asking him for his name. The man, wearing jeans and a green T-shirt, calmly identifies himself as Kadari and answers “yes” when asked whether he is one of the escapees. Kadari was serving two life sentences for attempted murder and bomb planting.

According to Israeli media reports, local residents in both towns had turned in the prisoners.

Earlier, two other prisoners were arrested in Nazareth, an Arab city in northern Israel just west of Umm al-Ghanam.

The two escapees were captured on Mount Precipice, a Christian holy site near the Arab city of Nazareth, in northern Israel, the police spokesperson said in a statement.

On Monday, six Palestinian prisoners escaped the high-security Gilboa prison in northern Israel through a tunnel dug beneath a sink. The men reportedly appeared to have received some outside help. While it was hailed by Palestinian factions as a "big victory,” the prison break was viewed in Israel as unacceptable security and intelligence failure.

The Israel Prison Service (IPS) said an alert was sounded around 3 a.m. (12 a.m. GMT) by locals who spotted "suspicious figures" outside the prison. In footage that recalled the iconic 1994 prison escape film "The Shawshank Redemption," the IPS released a video that showed agents inspecting a narrow tunnel beneath a sink and another showing a hole just outside the prison walls.

On Wednesday, Israeli forces detained the relatives of the Palestinian prisoners, according to a Palestinian nongovernmental organization (NGO).

Gilboa – which opened in 2004 during the second Palestinian intifada, or uprising – is a high-security site where hundreds of Palestinians are incarcerated.