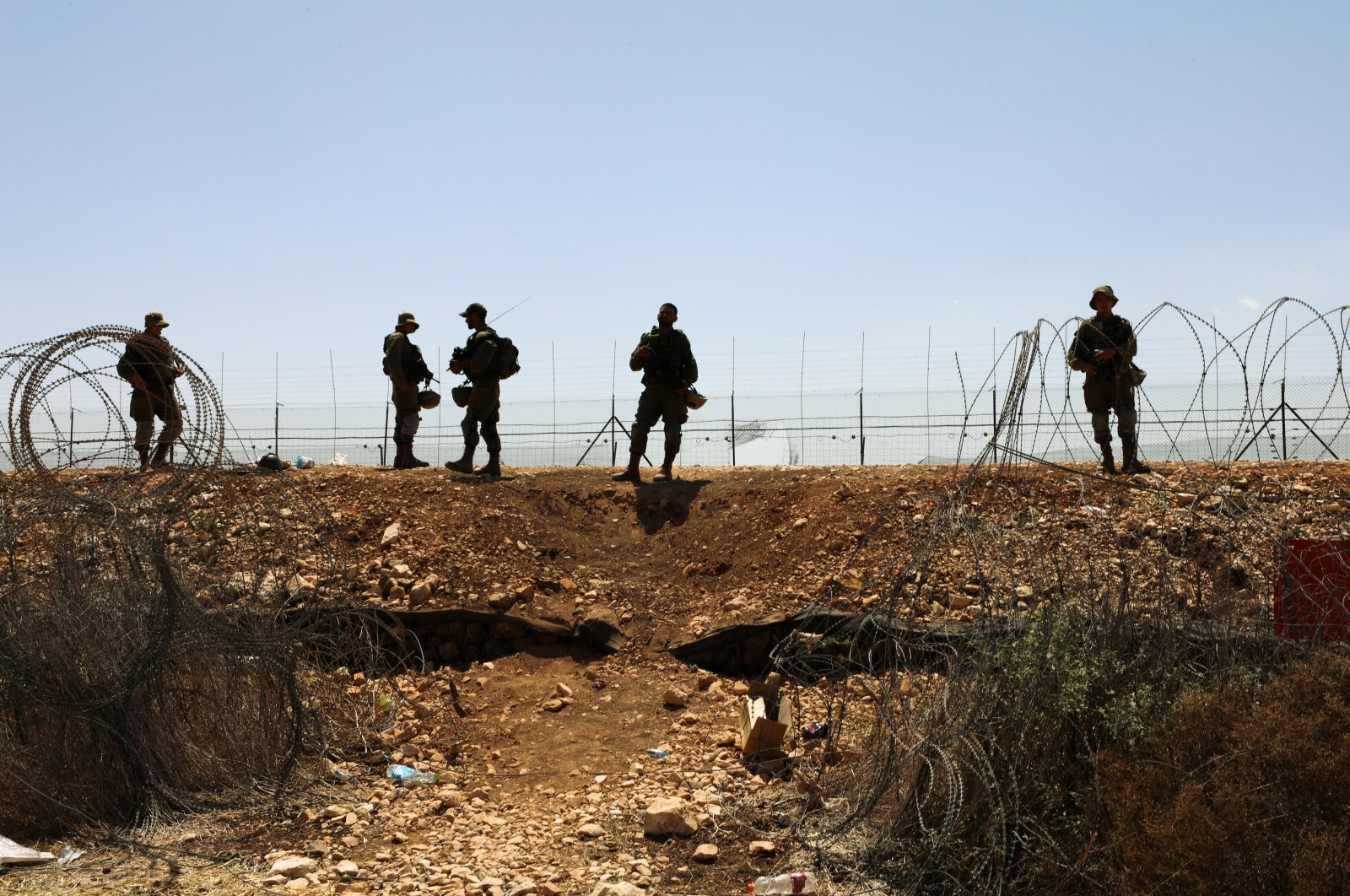 Israeli soldiers guard a fence leading to the Israeli-occupied West Bank, as part of search efforts to capture six Palestinian men who had escaped from Gilboa prison earlier this week, by the village of Muqeibila in northern Israel, Sept. 9, 2021. (Reuters Photo)
by Anadolu Agency Sep 19, 2021 9:53 am

In a statement, the police said that the two Palestinians, Iham Kamamji and Monadel Infiat, were captured in the city of Jenin.

"The house where the two fugitives were staying was detected by the intelligence given by Israel's internal security service, Shin-Bet, and they were arrested by the Israeli forces without showing any resistance," the statement added.

Six Palestinian inmates tunneled out of the high-security Gilboa Prison in northern Israel on Sept. 6. Israeli forces managed to capture four of them after a large-scale manhunt.

There are around 4,850 Palestinian detainees in Israeli prisons, including 41 women, 225 children and 540 "administrative detainees," according to observers.