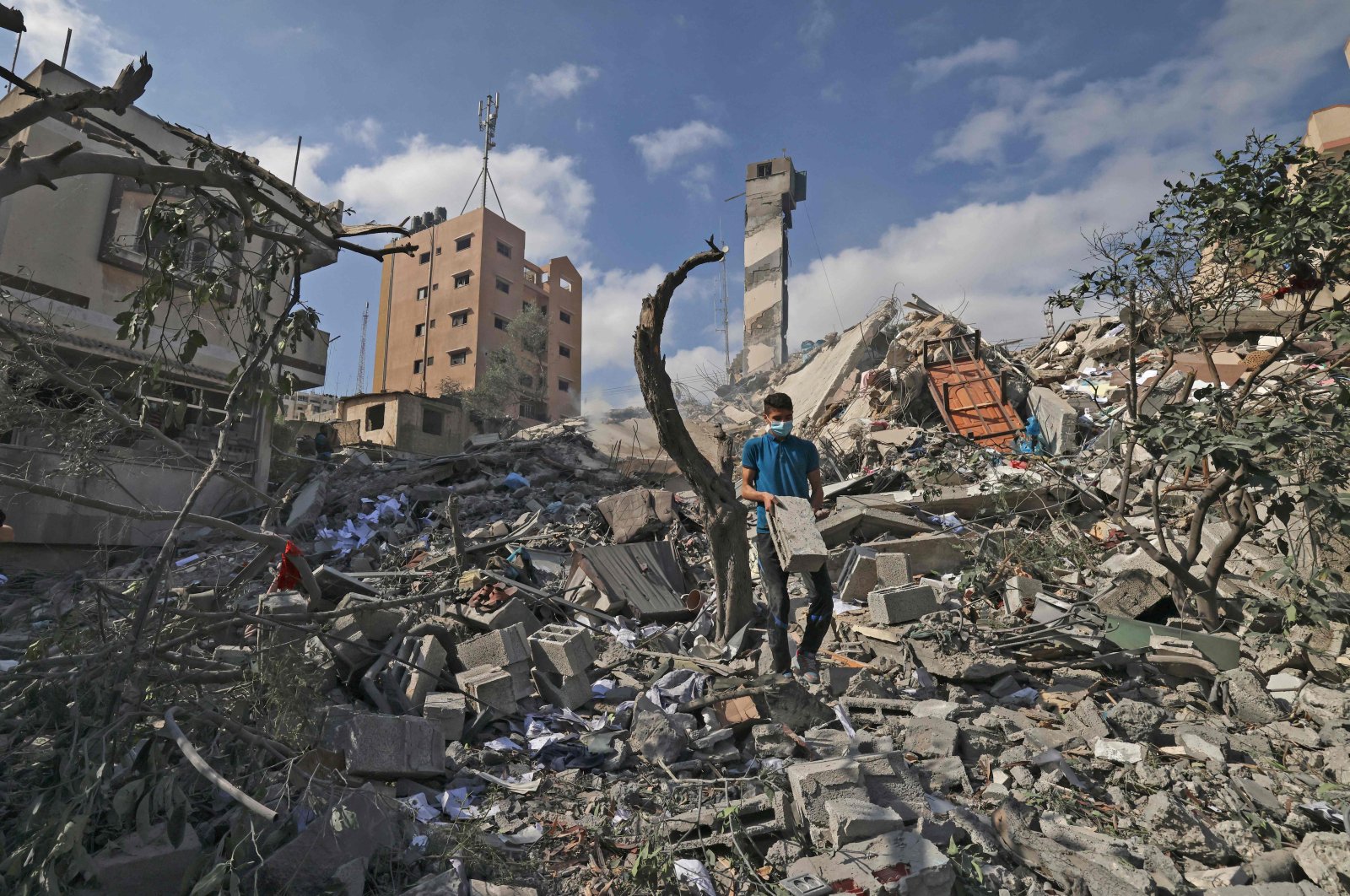 A Palestinian youth looks for salvageable items amid the rubbe of the Kuhail building which was destroyed in an early morning Israeli airstrike on Gaza City on May 18, 2021. (AFP Photo)
by Daily Sabah May 18, 2021 8:07 pm
RECOMMENDED

The tweet featured a verse from the Quran’s Surah Al-Fil, which refers to God's punishment inflicted on the People of the Elephant, who tried to destroy the Holy Kaaba centuries ago.

“Have you not considered, how your Lord dealt with the companions of the elephant?” the tweet said, citing the first verse of the Surah.

“This is a reminder of God’s ability to support those who are righteous over falsehood, especially since Hamas is the arm of Iran that seeks to ignite the region,” Israel said in a follow-up tweet, labeling its aggression against the Palestinians, which has left scores of civilians including dozens of children killed so far, as a divinely-supported act.

Israel also added in the follow-up tweet that the Israeli Defense Forces (IDF) is attacking “Hamas targets” in Gaza.