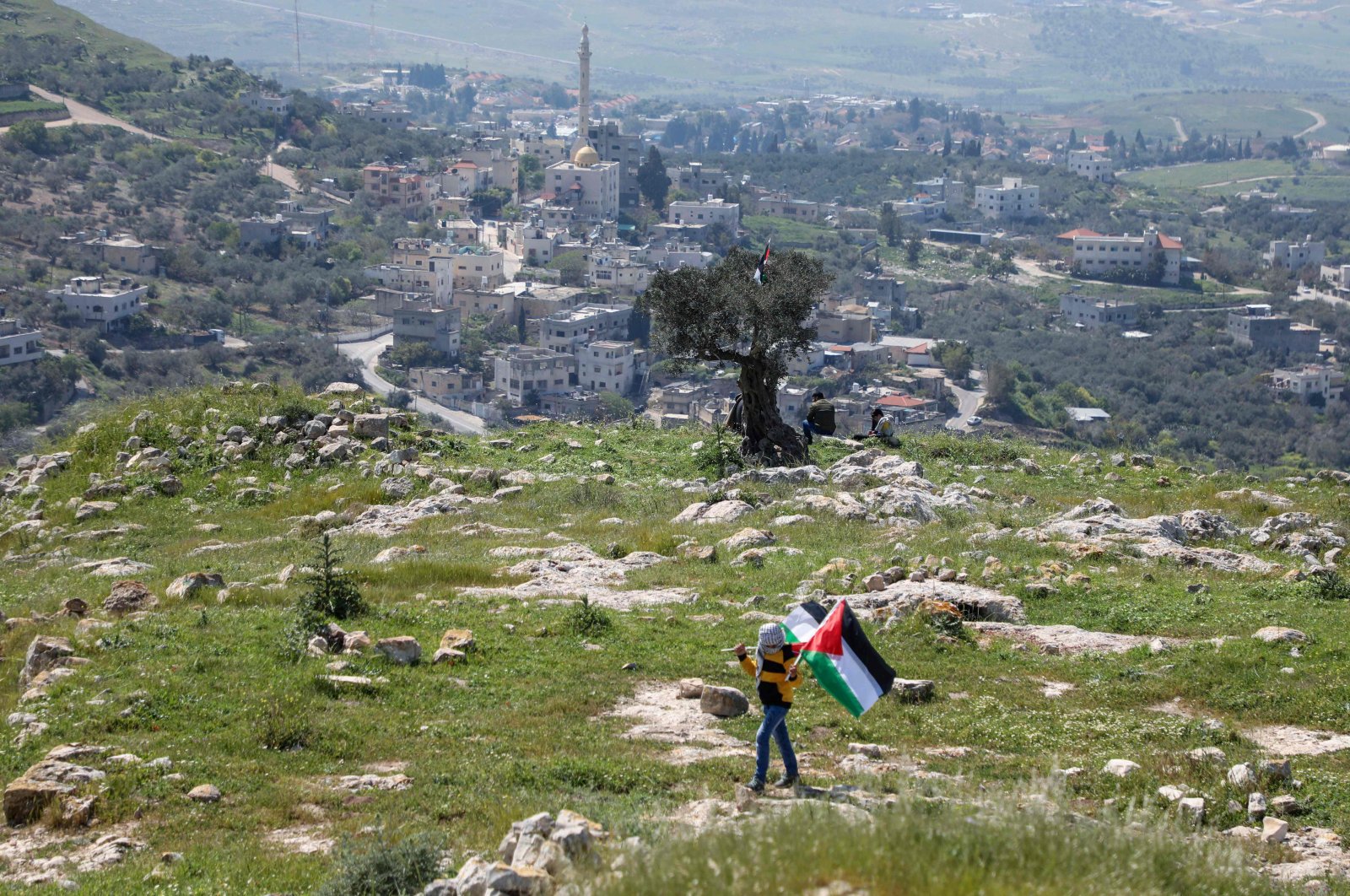 Palestinians on Tuesday marked the 45th anniversary of Land Day, which commemorates the killing of six Palestinians by Israeli forces in 1976 while demonstrating against the seizure of their land in Israel's northern Galilee region.

Marking the anniversary, the Palestinian Central Bureau of Statistics (PCBS) issued a statement highlighting the territories seized by Israel since the creation of the self-proclaimed Jewish state in 1948.

"Israel now controls around 27,000 cubic meters of land, accounting for 85% of historical Palestine,” the PCBS said.

The bureau accused Israel of exploiting the classification of the occupied West Bank into Area A, B and C under the Oslo Accords. "The Israeli army is exploiting around 76% of land in Area C,” it said.

According to the statement, there are now 688,000 Israeli settlers living in the occupied West Bank, 46% of whom live in East Jerusalem.

Under the 1995 Oslo Accords between Israel and the Palestinian Authority, the West Bank, including East Jerusalem, was divided into three portions – Areas A, B, and C.

Israel prevents Palestinians from conducting construction projects in parts of the West Bank designated as Area C under the agreement, which falls under administrative and security control of Israel.

Area C is currently home to 300,000 Palestinians, the vast majority of whom are Bedouins and herding communities who predominantly live in tents, caravans and caves.

International law views both the occupied West Bank and East Jerusalem as occupied territories and considers all Jewish settlement-building activity there illegal.