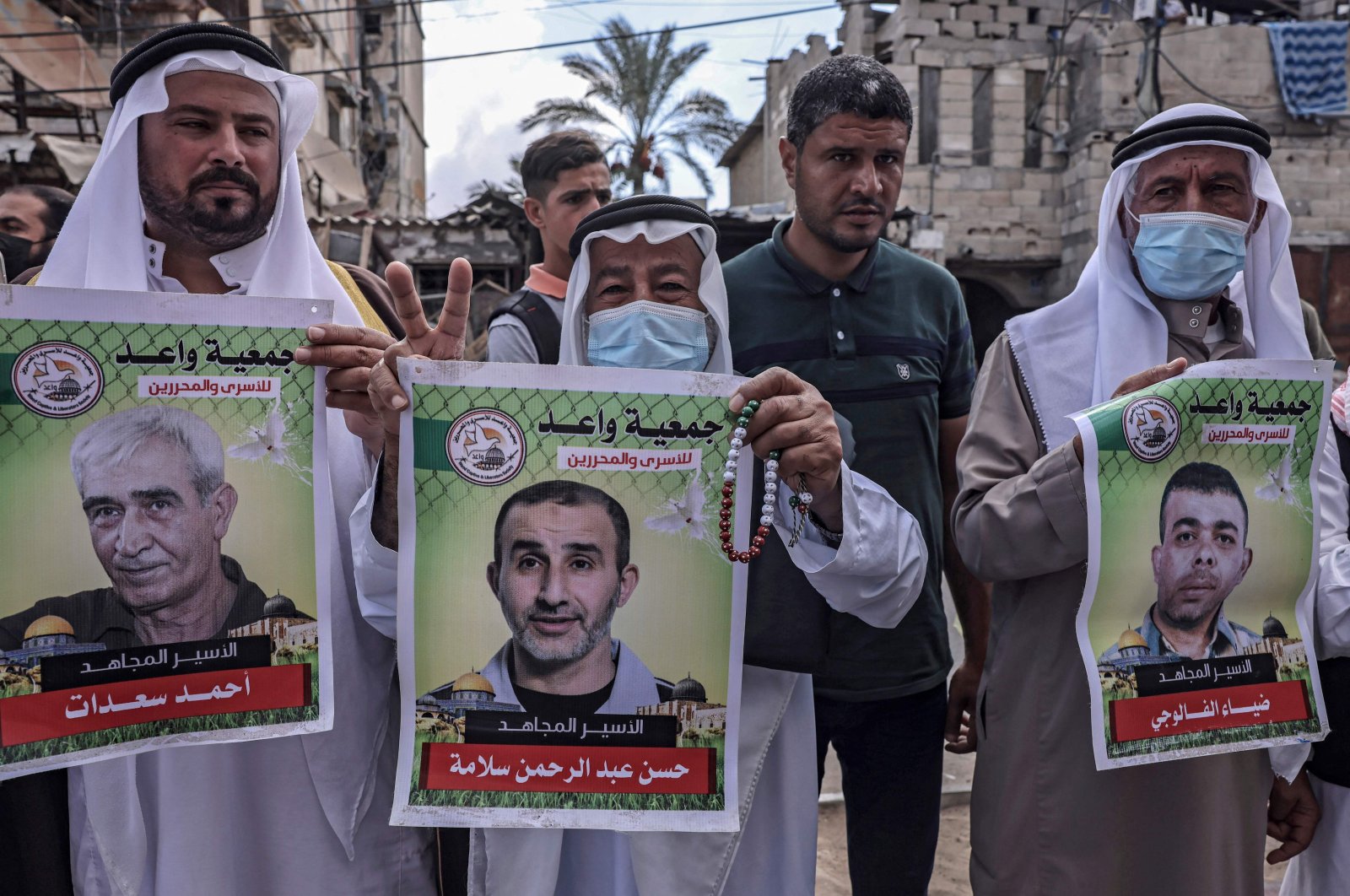 Israel's public attorney on Sunday filed an indictment against six Palestinian prisoners who had tunneled out of a high-security prison in northern Israel last month before being recaptured.

The indictment filed by the attorney of the Nazareth central court against the six prisoners includes illegal fleeing from their confinement, a charge that could fetch up to seven years in prison, the Israeli KAN channel reported.

The indictment, however, didn't include terror-related charges against them. Five others were also indicted over assisting the six prisoners with the jailbreak. On Thursday, the six prisoners were handed to the Israeli prison authority after the end of an investigation by Israel’s internal security service, Shin Bet.

They were placed in solitary confinement in different prisons, according to Israeli daily Yedioth Ahronoth. On Sept. 6, six Palestinians – Munadil Nufey'at, Iham Kamamji, Yaqoub Qadiri, Zakaria Zubeidi and two brothers Mahmoud and Mohammed al-Arida – successfully escaped from their high-security Gilboa prison by digging a tunnel from their cell to outside the prison. Israeli forces, however, managed to recapture them all within about a week of their prison break.

Mahmoud Al-Arida said after he was recaptured that he had used spoons, plates and even the handle of a kettle to dig the tunnel. There are around 4,850 Palestinian detainees in Israeli prisons, including 40 women, 225 children and 40 administrative detainees, according to institutions concerned with prisoners’ affairs.