Israel imposes curfew on Lod in crackdown on Palestinian rally 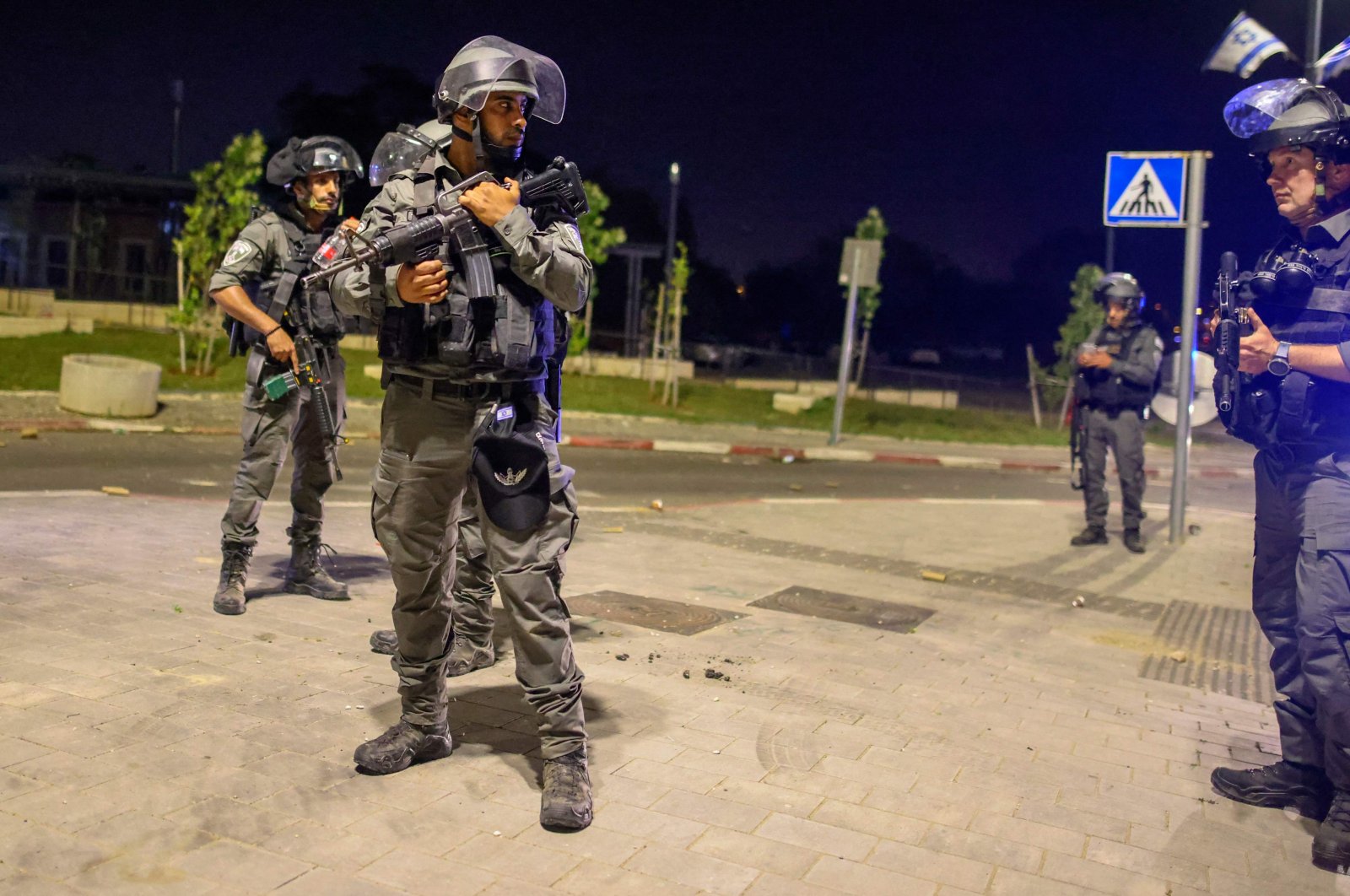 Israel on Wednesday imposed a night curfew over the central Arab-majority city of Lod after Israeli forces cracked down on Palestinians protesting the recent violent developments in Sheikh Jarrah and Gaza.

Israeli police spokesperson Micky Rosenfeld told Anadolu Agency (AA) that the curfew will be between 9 p.m. and 4 a.m. local time, without specifying for how many days the curfew will last, nothing that it would "depend on the situation."

The situation in Lod escalated Tuesday when hundreds of the city's Palestinians took part in the funeral procession of their kinsman, who was killed on Monday. Israeli police said that they arrested an Israeli suspected of killing the Palestinian and seriously wounding another.

Since Monday, thousands of Palestinians demonstrated in the northern cities of Haifa, Nazareth, Shfaram and Tira in protest of Israeli policies in Jerusalem, where 98 demonstrators were arrested by Israeli police.

The death toll from the ongoing Israeli attacks in the Gaza Strip has risen to 53, including 14 children, the Palestinian Health Ministry said on Wednesday

A ministry statement said five women were among the victims, while a total of 335 people were injured.

Arab Israelis, who make up around 20% of Israel’s population of 9 million, are the Palestinians who managed to stay in their homes during the nakba (forced exodus) of 1948 and later became citizens of the Israeli state, although they are arguably considered to be second-class citizens now due to a highly controversial "Jewish State Law" passed in 2018.

The controversial legislation officially defines Israel as the "national homeland of the Jewish people." The law, which passed with a 62-55 backing, is defined as a "basic law," granting it quasi-constitutional status. Opponents to the law say it marginalizes the country's Arab minority. One clause downgrades the Arabic language from official to "special" standing.

The population is centered across a group of Arab towns in central Israel known as the "Little Triangle" as well as the regions of Galilee in the north and Negev in the south.

Numerous human rights groups have decried Israel's policies against Arabs as a form of modern-day apartheid, pointing to the discrimination Palestinians suffer in education, work and health care.

Tensions have been running high since last week after an Israeli court ordered the eviction of Palestinian families in the Sheikh Jarrah neighborhood of East Jerusalem.