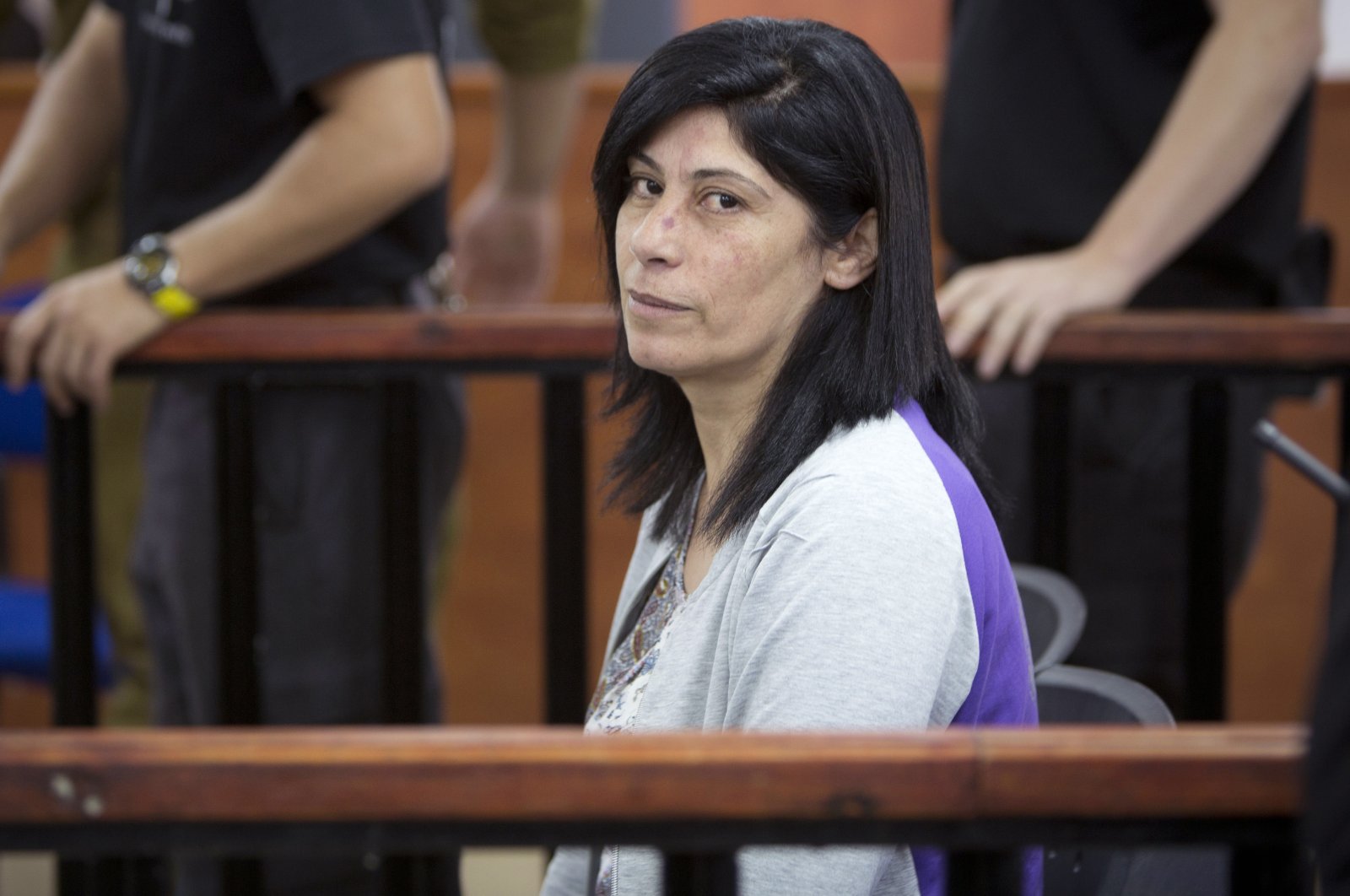 Palestinian parliamentarian Khalida Jarrar of the Popular Front for the Liberation of Palestine (PFLP) attends a court session at the Israeli Ofer military base near the West Bank city of Ramallah, Palestine, May 21, 2015. (AP Photo)
by ASSOCIATED PRESS Jul 13, 2021 12:27 pm
RECOMMENDED

Israel refused to let a prominent jailed Palestinian lawmaker attend her daughter's funeral on Tuesday, despite a campaign by activists and human rights groups for her to be released on humanitarian grounds.

Khalida Jarrar, 58, a leading member of the Popular Front for the Liberation of Palestine (PFLP), has been in and out of Israeli prison in recent years.

A military court sentenced her to two years in March for being a member of an outlawed Israeli group. With time served, she is set to be released in October. While Israel considers PFLP a "terrorist" organization, Jarrar has not been implicated in attacks.

Jarrar was sentenced to 15 months in 2015 on charges of incitement and membership in the PFLP. She has also been held for months at a time in what's known as administrative detention, under which Israel detains Palestinian suspects for lengthy periods without charge.

Her 30-year-old daughter Suha, who worked on gender and climate change issues for the Al-Haq human rights group, was found dead on Sunday in her home in the occupied West Bank city of Ramallah, the group said. It did not give a cause of death.

Al-Haq launched a campaign calling for Jarrar's "immediate and unconditional release on humanitarian grounds” and said it had appealed to other countries and the International Committee of the Red Cross.

Entreaties poured in from other activists and rights groups in an online campaign under the hashtag #freekhalidajarrar. An online petition drew more than 11,500 signatures. Israeli officials declined to comment.

Natan Dublin, a spokesman for Israel's public security minister, said the request could not be approved by the prison service because Jarrar is considered a security prisoner. The daughter's funeral was held without her.

"Detaining Khalida over her political activism violates her freedom of association,” said Omar Shakir, the group's director for Israel and the Palestinian territories. "Having repeatedly detained Khalida in violation of her rights, Israeli authorities should at a minimum allow her to say goodbye to her daughter.”