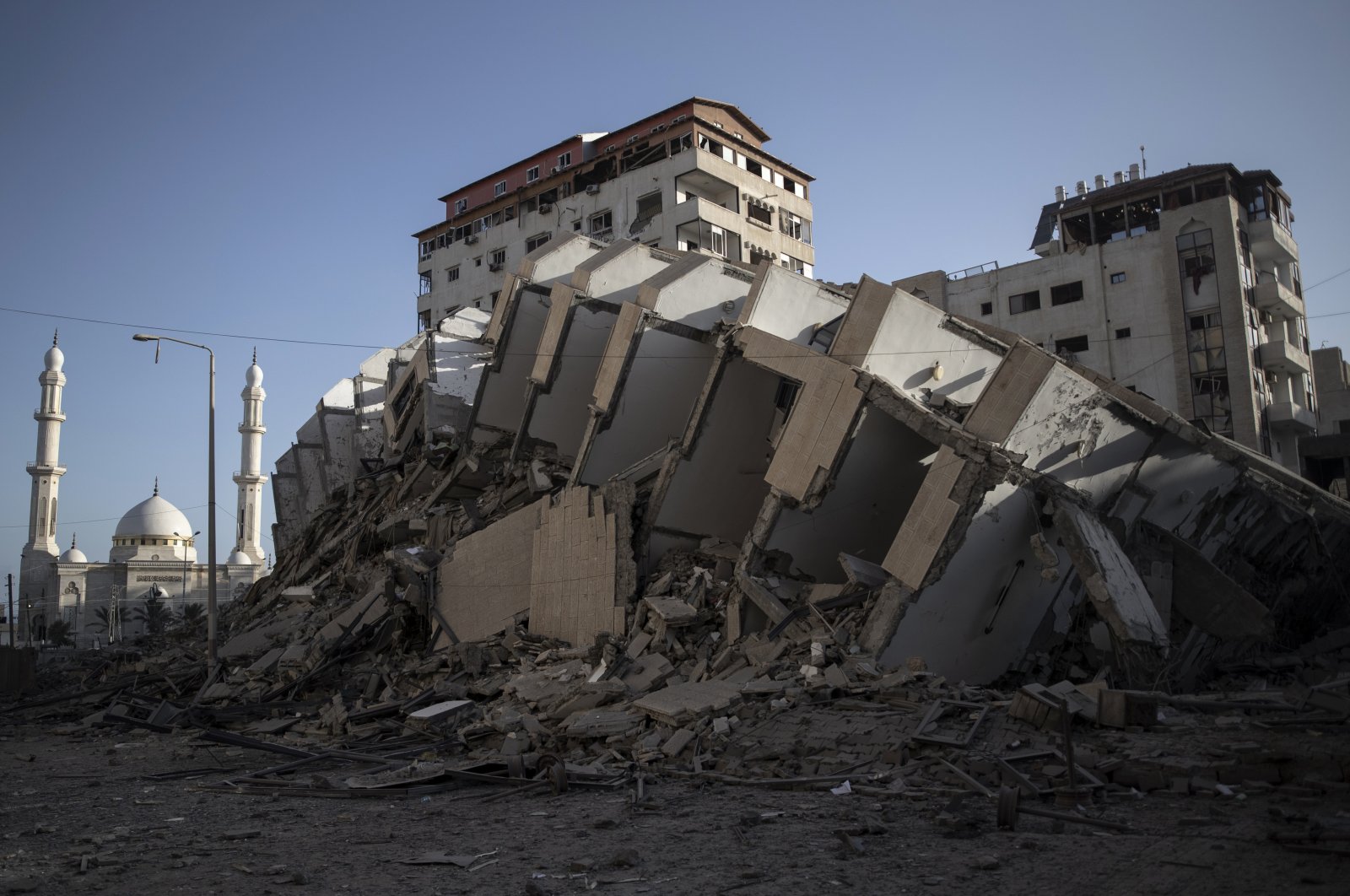 Israel resumed violent airstrikes on Palestinian security centers and police headquarters in the Gaza Strip. According to some experts the attacks resembled those carried out in 2014. Israeli security forces also attacked Palestinians at the Al-Aqsa Mosque compound early Wednesday.

Dozens of bombs were dropped within a few minutes in the south, north, and central parts of the Gaza Strip, Anadolu Agency (AA) has learned.

Israeli airstrikes have leveled multistory buildings across the Gaza Strip, where 2 million Palestinians have lived under a crippling Israeli-Egyptian blockade since Hamas took power in 2007. Israel faced heavy criticism over the tactic during the 2014 war.

The most severe attack occurred Wednesday morning but it is still too early to ascertain casualties.

In Jerusalem, after performing the dawn prayer, Palestinians gathered at Haram al-Sharif, the compound which houses the mosque and the Dome of the Rock.

Israeli forces fired rubber bullets to disperse them, an official from the Jerusalem Islamic Waqf (religious endowments) told AA on condition of anonymity.

Palestinians pelted stones at the Israeli forces in retaliation.

Israeli police also targeted Palestinian youths at the Bab al-Magharib, one of the gates to the mosque, causing multiple injuries to protesters.

The police action is ongoing.

The death toll of Palestinians killed by Israeli forces since the start of their offensive on the Gaza Strip has risen to 48, according to the Palestinian Health Ministry. At least 220 others have been injured.

Five Israelis have also been killed and 45 others injured in Palestinian rocket attacks.

Tensions have been running high since last week after an Israeli court ordered the evictions of Palestinian families in the Sheikh Jarrah neighborhood of East Jerusalem.