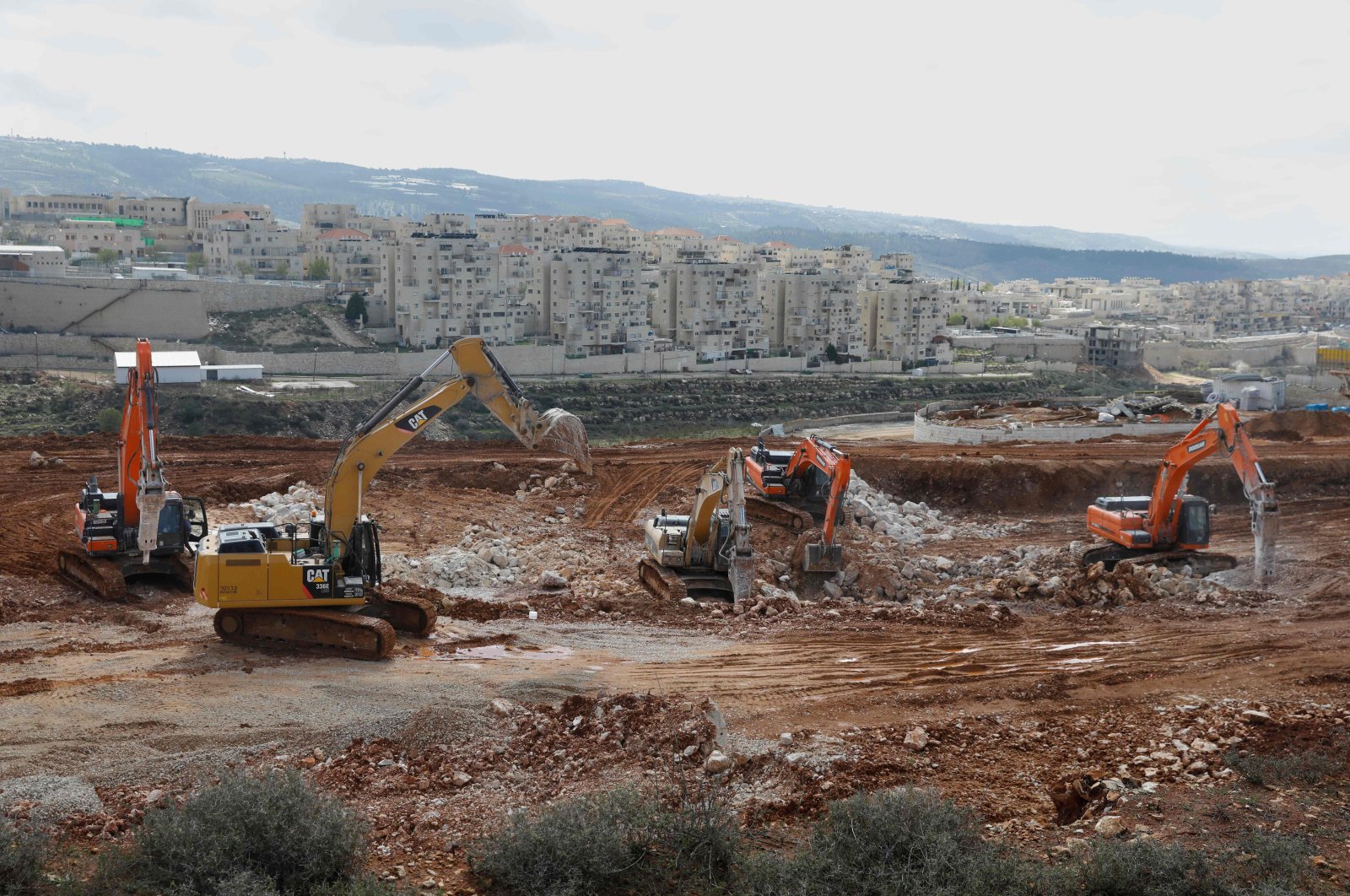 Israel prepares to approve another 2,000 homes for the Jewish settlers in the West Bank, ignoring Palestinian rights and international calls to halt illegal expansion in the occupied territories.

The latest move was announced by defense sources Thursday, despite opposition from dovish members of the governing coalition. The Palestinians swiftly condemned the latest settlement expansion plans, the first of Prime Minister Naftali Bennett's administration.

"We condemn what was circulated by Israeli media regarding the intentions of the occupying authorities to justify the construction of 2,200 settlement units in the West Bank to expand (the existing) settlements," the Palestinian Foreign Ministry said Thursday, as Anadolu Agency (AA) reported. The statement considered the Israeli new settlement plans as "a flagrant aggression on the Palestinian people" and "a hard blow to the international and U.S. efforts to revive the peace process."

A security source told Agence France-Presse (AFP) the permits for Jewish settlements would come alongside approvals for hundreds of Palestinian homes in the large swathe of the West Bank known as Area C, where Israel exercises military and planning control.

The office of Palestinian president Mahmud Abbas expressed its "strong rejection and condemnation" of the new settler homes, saying they contradicted "the clear American position" President Joe Biden expressed in a call with Abbas. Biden is reportedly to meet with Bennett in the near future, though his office did not specify a date.

Bennett, a former director of the Yesha Council settler lobby, faced criticism from dovish partners in his coalition, as well as from Israeli settler advocates in the opposition. Human rights organizations accuse Bennet of maintaining anti-Palestinian rhetoric for years. His controversial comments on Palestinians and their right to pre-1948 land sparked outrage across the globe. Bennett created a major backlash in 2013 when he said that he killed lots of Arabs in his life and "there’s no problem with that."

Bennett and his right-wing Yamina party have been ardent opponents of the land for peace formulation and Palestinian statehood. He has run on platforms that include annexing Area C of the West Bank.

Israel seized the West Bank and East Jerusalem from Jordan in 1967. Since then, nearly 700,000 Israelis have moved into settlements that most of the international community regards as illegal. Palestinians hope the territories will become part of a future state.

Seven lawmakers from the dovish Meretz party, three of them, ministers wrote to Defense Minister Benny Gantz opposing the approval of more homes for settlers.

"Settlements are immoral, settlements are illegal, they endanger our relations with Palestinians and the world," Meretz lawmaker Mossi Raz told public radio. But he stopped short of threatening to quit the ruling coalition.

According to an analysis by settlement watchdog Peace Now, the Higher Planning Council (HPC) of the Civil Administration intends to approve about 860 homes for Palestinian villages, and just shy of 2,000 units in settlements.

Peace Now said the approvals for Palestinians came after years of rejection from uncooperative Israeli authorities. "It is a very small expansion of the Palestinian villages and a drop in the ocean in terms of real Palestinian development needs," the group said.