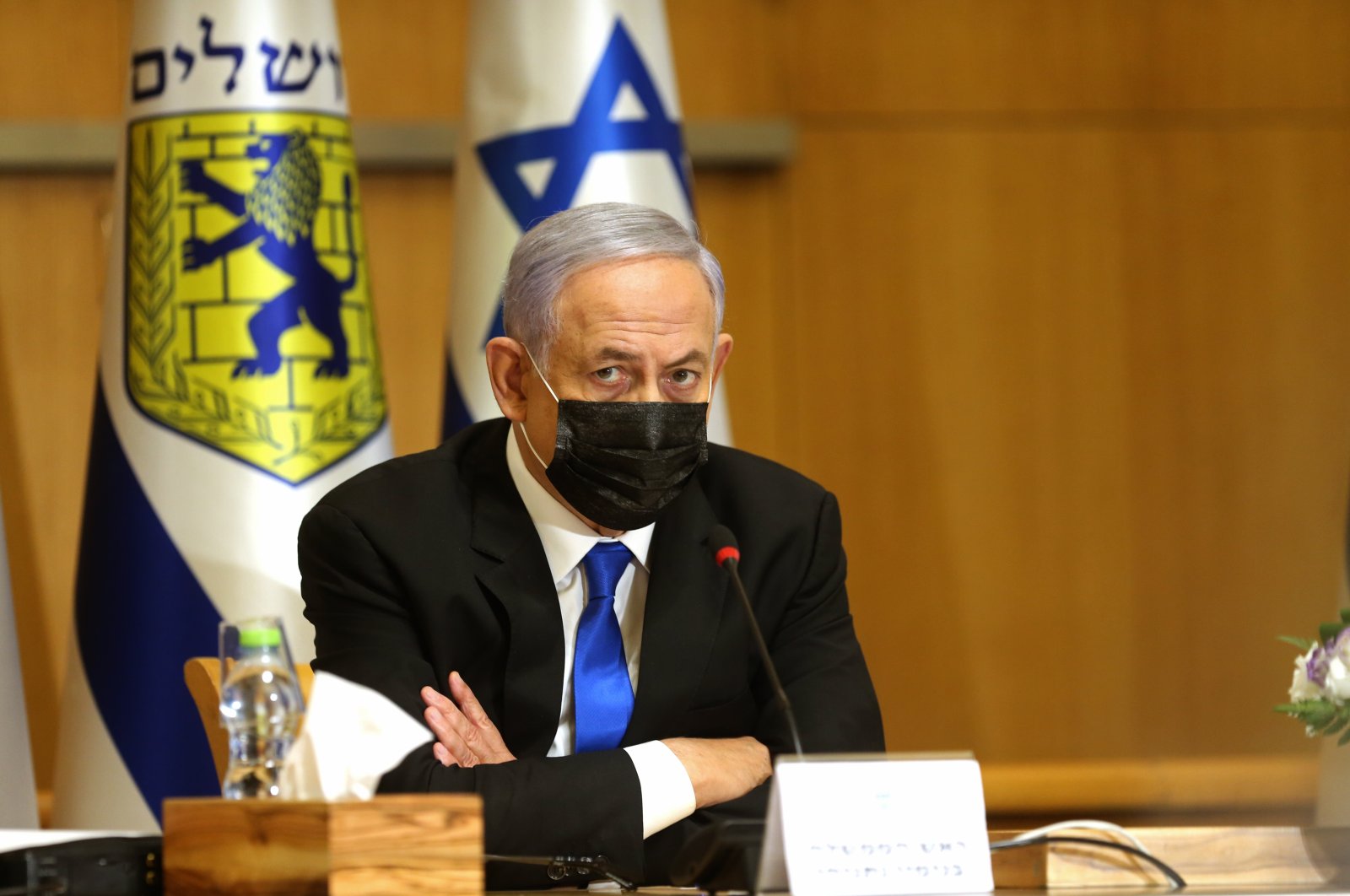 Israeli Prime Minister Benjamin Netanyahu attends a special Cabinet meeting on the occasion of Jerusalem Day, at the Jerusalem Municipality building, in Jerusalem, Sunday, May 9, 2021. (AP Photo)
by Anadolu Agency May 09, 2021 7:48 pm
RECOMMENDED

In complete disregard of the rights of Palestinians and international calls to stop, Israel's Prime Minister Benjamin Netanyahu said his administration will continue to build illegal settlements in East Jerusalem.

Speaking after a Cabinet meeting, he rejected calls by the U.S. and European states to halt forceful evictions of Palestinian families in occupied East Jerusalem's Sheikh Jarrah neighborhood.

Claiming that Jerusalem has been the capital of the Jewish people for thousands of years, he said: "As every nation builds in its capital, we too have the right to build in Jerusalem. This is what we have done and this is what we will continue to do."

"We will not allow any extremist party to disturb the peace of Jerusalem. We will maintain the rule of law and order firmly and responsibly. We will continue to uphold freedom of worship for all religions but we will not allow violent disturbances," he added.

At least 205 Palestinians were injured on Friday after Israel attacked the Al-Aqsa Mosque, Damascus Gate of the Old City and Sheikh Jarrah, according to the Palestinian Red Crescent.

Israeli police on Friday attacked Muslim worshippers inside Al-Aqsa Mosque while they were performing Tarawih – special night prayers during the Muslim holy month of Ramadan.