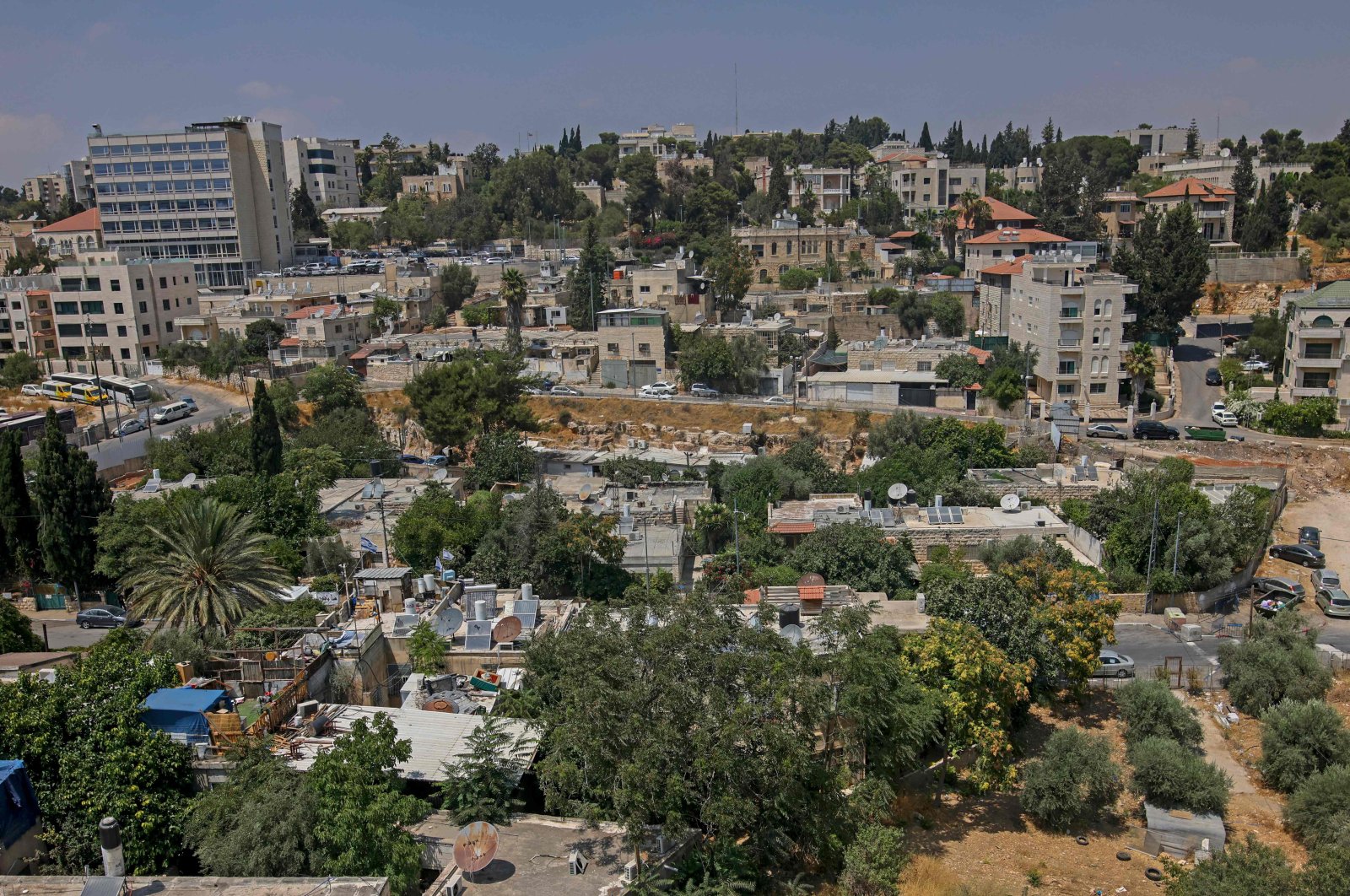 Israel uses courts as a political tool to transfer land from Palestinian hands in occupied East Jerusalem, aiming to 'de-Palestinize' the contested city and create an Israeli history in the area

Faced with Israeli orders to demolish their homes, Palestinians lament that Israel’s judicial system is being used as a political tool to change the status quo in occupied East Jerusalem.

"The judicial system can’t be disconnected from the executive and the legislative authorities in Israel,” Ahmad Amarah, an anti-settlement advocate, told Anadolu Agency (AA). "All Israeli authorities are serving a Zionist ideology that seeks to transfer the land from the Palestinian hands to (Israeli hands),” he said.

"Around 187 members of my family and relatives have been threatened with forced evictions,” Qutaiba Odeh from the Silwan neighborhood in East Jerusalem said.

During a trial session in Israel’s Supreme Court last month to challenge the eviction orders, the representative of the Jerusalem municipality district planning committee said that the municipality is treating Silwan as a political cause, not a legal one.

The statement was made after judges asked the municipality why they refused to grant building permits for hundreds of houses in the neighborhood.

The status of Jerusalem remains at the heart of the Israel-Palestine conflict, with Palestinians hoping East Jerusalem, now occupied by Israel, might eventually serve as the capital of a future Palestinian state.

According to the United Nations Office for the Coordination of Humanitarian Affairs (OCHA), Israeli authorities demolished, seized or forced people to demolish at least 421 Palestinian-owned structures in 2021, displacing 592 people, including some 320 children, across the occupied West Bank.

In May, violence flared up across the Palestinian territories against the backdrop of an Israeli court verdict to evict a number of Palestinian families from their homes in the Sheikh Jarrah neighborhood in East Jerusalem. At least 290 Palestinians were killed and thousands injured in Israeli assaults in the Gaza Strip.

The violence, the worst in years, came to a halt under an Egyptian-brokered truce.

Amarah opines that the policy of home demolition is part of an Israeli government process to "de-Palestinize” Jerusalem and create an Israeli history in the city.

"As Palestine has native villages, towns, names and historical, religious Islamic and Arab depth, Israel seeks to flout this history by destroying villages, confiscating the lands, and changing the names of towns from Arabic to Hebrew,” he said.

He said settlement association Ateret Cohanim and Ir David Foundation, commonly known as Elad, are working to increase the Israeli presence in Jerusalem, citing the construction of the so-called "City of David” by the two groups in the Silwan neighborhood. Silwan is located to the south of Jerusalem’s Old City, adjacent to its walls.

"In 1948, the Israelis had the golden opportunity when they took over the land by military force and became the sovereign power and enacted all kinds of legislation to confiscate the land,” Amarah said. He said Israeli courts have also given almost free rein to the government to confiscate the land since 1948.

"You can rarely find any decision that canceled the confiscation of land, and when any decision is taken against the land confiscation, the Knesset moves quickly to enact legislation to bypass such decisions,” he said.

Amarah cited that in December 1949 when former Prime Minister David Ben-Gurion moved the Israeli government to Jerusalem, the Supreme Court judges, ministers and politicians moved into Palestinian houses in the rich neighborhood there. Israeli courts allowed the confiscation of these houses under the "Absentees Property Law,” under which all the moveable and immoveable properties of Palestinian refugees were confiscated.

"This law is also applied today in Jerusalem to Palestinian properties, whose owners have never abandoned them,” he said, adding that the legislation is being used to confiscate properties in Silwan and Jerusalem’s Old City and move them to settlement associations like Ateret Cohanim and Ir David Foundation.

"If a Palestinian in Silwan has a property in West Jerusalem, he can’t claim this property there, but this does not apply to an (Israeli) or any organization representing him,” Amarah said. "They can find ways to claim properties prior to 1948, and get compensated for them.”

Since 1948, not a single Palestinian town has been built, despite the Palestinian population growing 10 to 15 times its size. In comparison, thousands of Israeli towns and communities have been built.

"The Israelis enact zoning and planning laws that restrict the Palestinian expansion and construction, leaving them with no option but to build without a permit and face the risk of demolition,” Amarah said. "Israeli courts also back this scheme by approving the demolitions and the discriminatory zoning of lands.”

The Palestine-Israel conflict dates back to 1917, when the British government, in the now-famous Balfour Declaration, called for "the establishment in Palestine of a national home for the Jewish people."