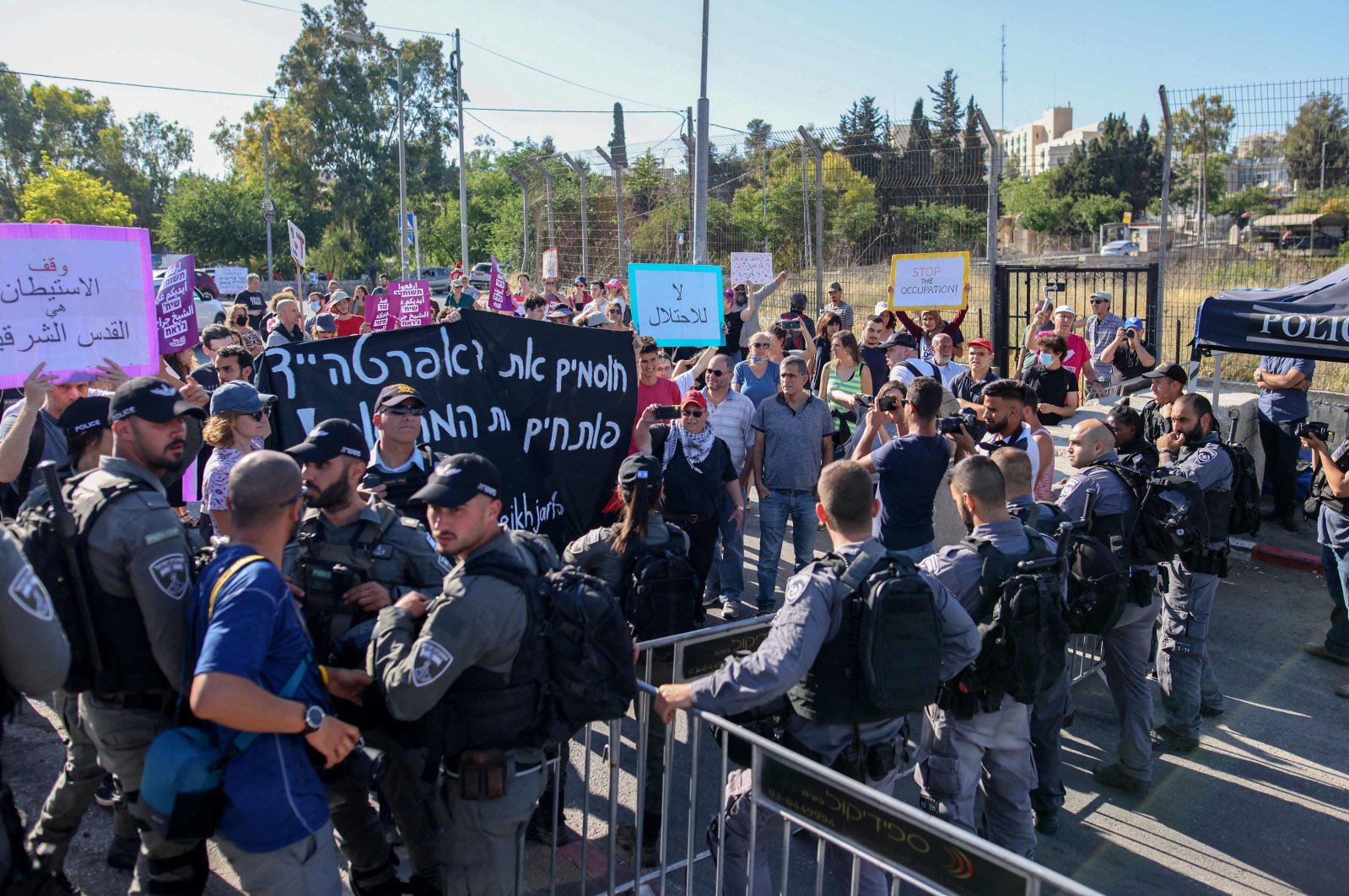 Israeli Attorney-General Avichai Mandelblit informed the Supreme Court that he will not intervene in the legal proceedings of the Sheikh Jarrah case, in which four Palestinian families in occupied East Jerusalem are facing forced expulsion, paving the way for the court to deliver a ruling widely expected to be in favor of the Israeli settlers.

On Monday, Mandelblit sent a letter to the court, assuring that “there is no place” for him to intervene in the trial. He wrote that due to numerous legal procedures in the Sheikh Jarrah case that had been carried out over the years he sees no reason for him to appear in court.

Last month, the Supreme Court gave the attorney general a deadline of June 8 to present his legal opinion on the case. Mandelblit's decision leaves the Supreme Court free to decide whether to hear the four Palestinian families’ appeal of two lower court verdicts that demands them to leave their homes. These four families are part of a group of more than 500 Palestinians, made up of 28 families, who face forced expulsion from the area.

Many critics have opposed the move, arguing that the attorney general’s refusal to comment on Sheikh Jarrah is another paltry attempt to portray expulsions as a "property dispute."

“The attorney general’s response was brief, where he said he feels there is no need for his intervention since this is a legal issue,” Sami Irsheid, a lawyer who is part of the defense team for the Sheikh Jarrah residents threatened with forced expulsion, said. “But we will not back down from arguing the case from the international law aspect either.”

Israeli daily newspaper Haaretz reported Monday that Israeli political leadership supports Mandelblit and sees Sheikh Jarrah's family case as weak. They believe that his "legal opinion would not be able to prevent their pending eviction.”

Meanwhile, Palestinian families in Sheikh Jarrah rejected Mandelblit's explanation of his non-interference, stating that their case was not a legal matter but a matter of forced expulsion.

“We affirm that the Israeli occupation government – across its entire spectrum from the prime minister to all Israeli institutions and activities – is seeking to displace the residents of Sheikh Jarrah neighborhood, thus perpetuating the crime of Israeli settlement in East Jerusalem,” the statement issued by Palestinian families published on social media said. “In turn, we affirm that this crime flouts all international conventions and human rights, and we also affirm that these attempts will not weaken our will to persevere in our lands.”

Israeli human rights groups have voiced support to Palestinians and called the move as “a cynical attempt to evade responsibility”.

Peace Now, an anti-settlement watchdog group, called on Israel “to present to the public and to the court its stance, as families are thrown out into the street by employing a set of laws that discriminates between Israelis and Palestinians”.

Another Israeli group Ir Amim said the attorney general’s decision “paves the way for evictions to be carried out.” “There still is room for political intervention,” spokesperson Amy Cohen said.

Tel Aviv has been waging a decadeslong campaign to evict the families from densely populated Palestinian neighborhoods in the so-called Holy Basin just outside the walls of the Old City, in one of the most sensitive parts of East Jerusalem.

Israel captured East Jerusalem, home to holy sites sacred to Muslims, Jews and Christians in the 1967 war, annexing it in a move not recognized internationally. Israel views the entire city as its capital, while the Palestinians want East Jerusalem as the capital of their future state.

The Israeli settlers are using a 1970 law that allows Jews to reclaim properties lost during the 1948 war surrounding Israel's creation, a right denied to Palestinians who lost property in the same conflict, including Palestinian citizens of Israel. The plight of four extended families comprising of six households in Sheikh Jarrah, who were at risk of imminent eviction, triggered protests that eventually merged with demonstrations over the policing of a flashpoint holy site. Tel Aviv's crackdown on Palestinians triggered heavy fighting between Israel and Hamas resistance group that rules Gaza.

A war that destroyed hundreds of homes in Gaza may have ensured that residents of Sheikh Jarrah can remain in theirs, at least for now. During Israeli airstrikes, at least 250 people were killed, including 69 children and 39 women. Nearly 2,000 were injured, while thousands were left without shelter as Israel bombed a number of residential buildings, medical facilities and educational centers.