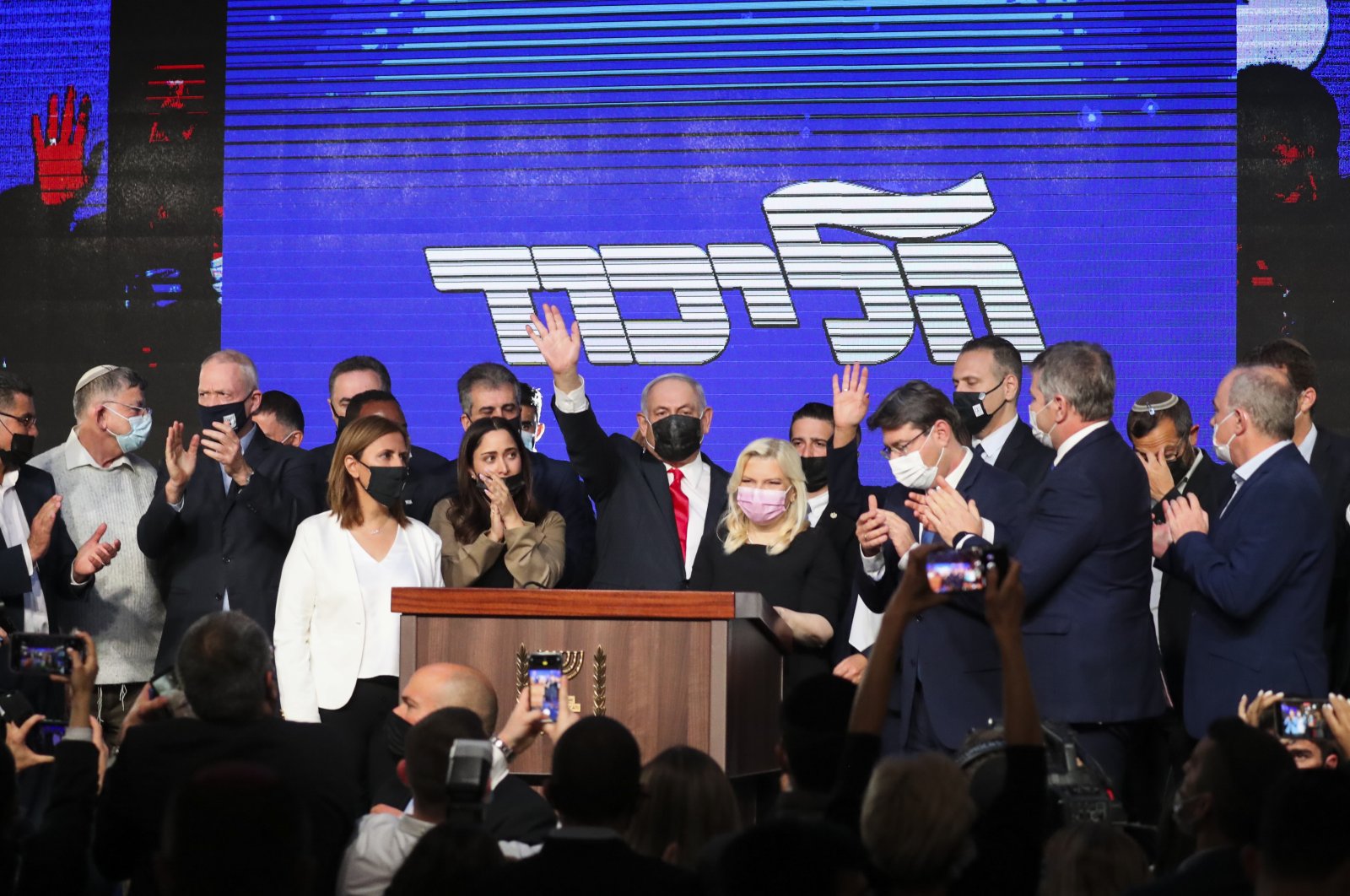 Uncertainty hovered over the outcome of Israel's parliamentary election Wednesday, with both Prime Minister Benjamin Netanyahu and sworn political rivals determined to depose him apparently lacking a clear path to a governing coalition.

Deadlock in the 120-seat parliament was a real possibility a day after the election, which had been dominated by Netanyahu’s polarizing leadership.

With about 87.5% of the vote counted by Wednesday morning, Netanyahu's Likud party and it's ultra-Orthodox and far-right allies fell short of a 61-seat majority – even if the Yamina party of Netanyahu ally-turned-critic Naftali Bennett were to join a Netanyahu-led government.

Bennett has refused to endorse either side. At the same time, a small Arab party emerged as a potential kingmaker on Wednesday morning after the latest count indicated it would cross the threshold to get into parliament. Like Bennett, the head of the Ra'am party, Mansour Abbas, has not ruled out joining either camp.

A fifth election also remains an option if neither camp can form a coalition. In that case, Netanyahu would remain a caretaker prime minister heading for a corruption trial and a confrontation with U.S. President Joe Biden over Iran.

The final tally of the votes cast at regular polling stations is expected later Wednesday. But even then, much could still change under Israel's whipsaw politics. The elections commission was still counting about 450,000 ballots from voters who cast them outside their home polling place. The initial results showed the country as deeply divided as ever, with an array of small sectarian parties dominating the parliament.

The results also signaled a continuing shift of the Israeli electorate toward the right wing, which supports occupied West Bank settlements and opposes concessions in peace talks with the Palestinians.

That trend was highlighted by the strong showing of an ultranationalist anti-Arab religious party. After three previous inconclusive elections, Netanyahu had been hoping for a decisive victory that would allow him to form a government with his traditional ultra-Orthodox and hard-line nationalist allies and seek immunity from corruption charges.

In an address to supporters early Wednesday, a subdued Netanyahu boasted of a "great achievement” but stopped short of declaring victory. Instead, he appeared to reach out to his opponents and called for the formation of a "stable government” that would avoid another election.

"We must not under any circumstances drag the state of Israel to new elections, to a fifth election,” he said. "We must form a stable government now.” Bennett could play an outsized role. He shares Netanyahu’s hard-line nationalist ideology and would seem to be more likely to ultimately join the prime minister.

But Bennett has not ruled out joining forces with Netanyahu’s opponents. During the campaign, Netanyahu emphasized Israel’s highly successful coronavirus vaccination drive. He moved aggressively to secure enough vaccines for Israel’s 9.3 million people, and in three months the country has inoculated some 80% of its adult population.

That has enabled the government to open restaurants, stores and the airport just in time for election day. He also tried to portray himself as a global statesperson, pointing to the four diplomatic accords he reached with Arab countries last year. Those agreements were brokered by his close ally, then-President Donald Trump. Recently, Netanyahu also vowed to start flights from Tel Aviv to Mecca if he wins.

Netanyahu’s opponents say the prime minister bungled many other aspects of the pandemic, particularly by allowing his ultra-Orthodox allies to ignore lockdown rules and fuel a high infection rate for much of the year. Over 6,000 Israelis have died from COVID-19, and the economy continues to struggle with double-digit unemployment.

They also point to Netanyahu’s corruption trial, saying someone who is under indictment for serious crimes is not fit to lead the country. Netanyahu has been charged with fraud, breach of trust and accepting bribes in a series of scandals that he dismisses as a witch hunt by a hostile media and legal system.

Netanyahu’s reputation as a statesman has suffered a bit in recent days. The United Arab Emirates, the most important of the four Arab nations to establish official diplomatic ties with Israel, last week made clear that it did not want to be used as part of Netanyahu’s re-election bid after he was forced to call off a visit to the country. The Biden administration also has kept its distance, a contrast to the support he received in past elections from Trump.

In a reminder of the country's many security challenges, Palestinian resistance group Hamas in the Gaza Strip fired a rocket into Israel late Tuesday, setting off air raid sirens in southern Israel. The Israeli military said the rocket landed in an open space.

Netanyahu has hardly mentioned the new U.S. president, with whom he's clashed over how to rein in Iran's nuclear capabilities. After the election results come in, attention will turn to the country’s figurehead president, Reuven Rivlin.

He will hold a series of meetings with party leaders and then choose the one he believes has the best chance of forming a government as his prime minister-designate. That could set off weeks of horse-trading.