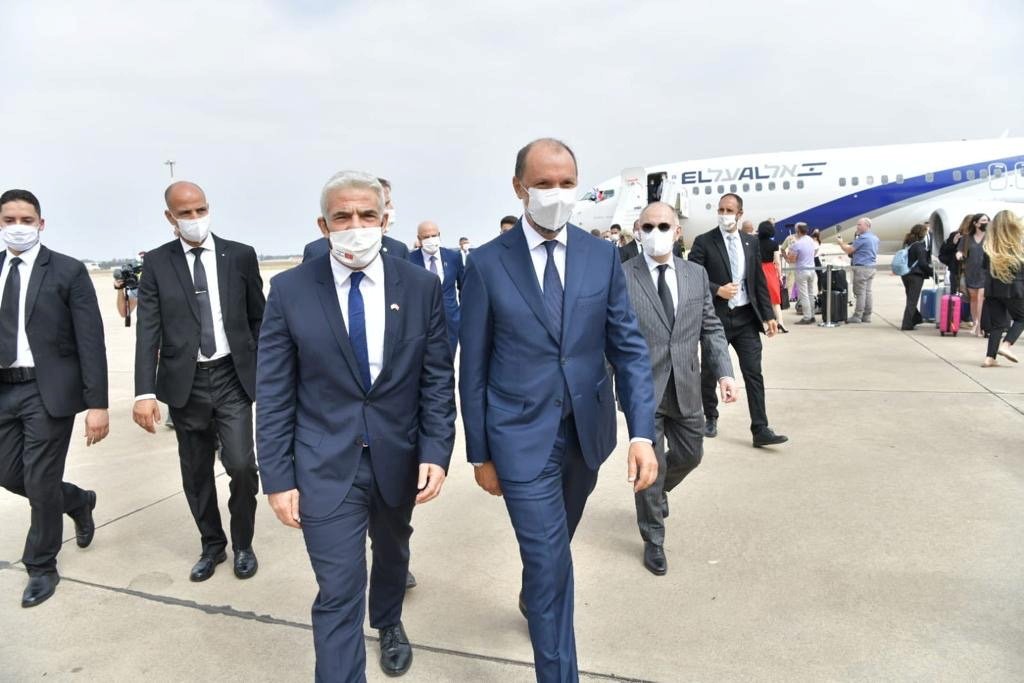 Israeli Foreign Minister Yair Lapid began a visit to Morocco on Wednesday, the first by Israel's top diplomat to the North African country since an upgrading of relations under a United States-brokered deal.

Israel and Morocco agreed in December to resume diplomatic relations and re-launch direct flights under the agreement in which Washington also recognized Moroccan sovereignty over Western Sahara.

"This historic visit is a continuation of the long-standing friendship and deep roots and traditions that the Jewish community in Morocco, and the large community of Israelis with origins in Morocco, have," Lapid said before his arrival, on an El Al Israel Airlines flight, in Rabat.

Morocco was one of four Arab countries – along with the United Arab Emirates (UAE), Bahrain and Sudan – to move toward normalizing relations with Israel last year under U.S.-engineered accords. Those agreements angered Palestinians who have long relied on Arab support in their quest for statehood in Israeli-occupied territory. Until last year, only two Arab states – Egypt and Jordan – had forged full ties with Israel in more than 70 years.

Moroccan officials have described their country's deal as a restoration of mid-level relations that Rabat cooled in 2000 in solidarity with the Palestinians, who launched an uprising that year.

U.S. President Joe Biden has said he wants to build on Israel's new relations, which Lapid has prioritized since taking office in June as part of a cross-partisan coalition that replaced longtime Prime Minister Benjamin Netanyahu.

Just five weeks ago, Lapid made a landmark first visit by an Israeli foreign minister to the UAE, where he touted Israel's emerging ties with the Gulf Arab state and highlighted concerns over their mutual foe Iran.

Two Israeli carriers launched nonstop commercial flights to Marrakesh from Tel Aviv last month, but hopes for a broader tourism bonanza have been delayed by a spike of COVID-19 cases in both countries.

David Govrin, the head of Israel’s diplomatic mission in Rabat, said Moroccan airlines RAM and Air Arabia will begin direct flights to Israel in October. Morocco had one of the largest Jewish communities in the region until Israel's founding in 1948.

As Jews fled or were expelled from many Arab countries, an estimated 250,000 left Morocco for Israel from 1948 to 1964. Only about 3,000 Jews remain in Morocco, while hundreds of thousands of Israelis claim some Moroccan ancestry.